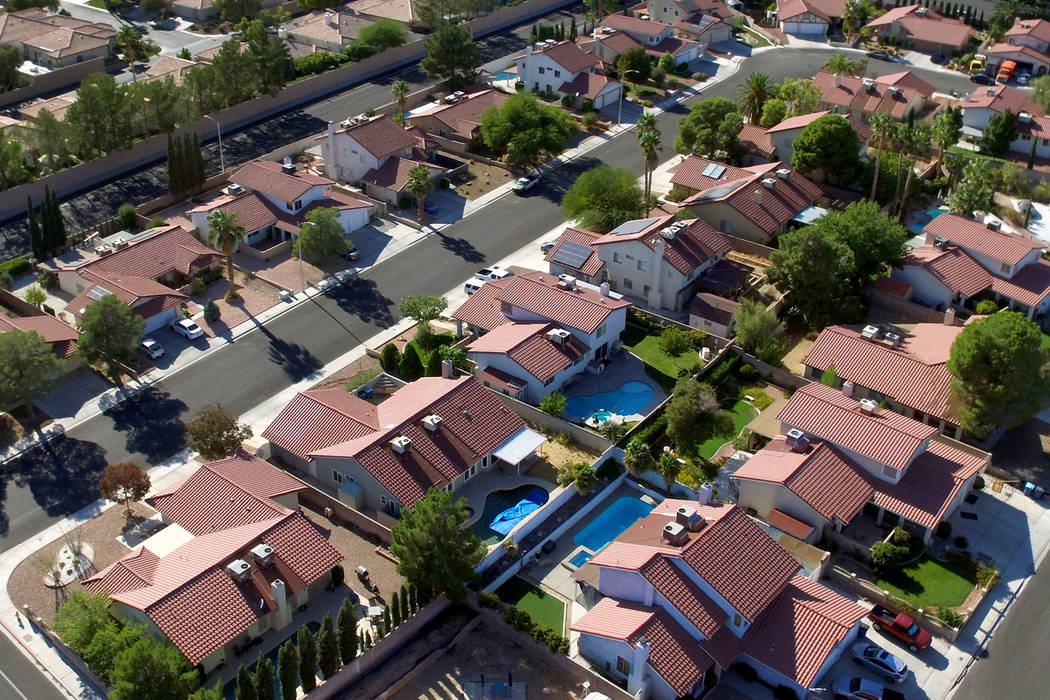 A total of 2,899 previously owned single-family homes changed hands last month, up 5.4 percent from September and 7.9 percent from October 2018, according to the Greater Las Vegas Association of Realtors.

The median price of last month’s sales was $307,000, down 1 percent from September but up 4.1 percent from October 2018, the trade group reported Wednesday.

Meanwhile, 7,210 houses were on the market without offers at the end of October, down 1.7 percent from September but up 4.2 percent from a year ago.

GLVAR President Janet Carpenter, of Signature Real Estate Group, said in a statement that prices “are as stable as they’ve been in years” and growing at a more gradual pace, though many buyers still face challenges finding homes “that are both available and affordable.”

“But at least buyers are benefiting from more stable prices, more homes on the market than we had at this time last year and historically low mortgage interest rates,” Carpenter added.

Las Vegas’ housing market has slowed this year after a heated run in 2018 sparked affordability concerns. Prices aren’t growing nearly as fast, builders have closed fewer sales, and the once-shrunken tally of available listings has shot back up.

However, the slower price growth bodes well for buyers, as does the drop in interest rates from last year’s levels.

Nationally, the average rate on a 30-year home loan was 3.69 percent last month, up from 3.61 percent in September but down from 4.83 percent in October 2018, according to mortgage-finance giant Freddie Mac.

Amid the shifts, sales activity has picked up lately in Southern Nevada, including for new construction. But resale prices are still below their bubble-era peak reached more than a decade ago.

Before the economy imploded, the median sales price of previously owned single-family homes topped out in June 2006 at $315,000, according to the GLVAR.

Adjusted for inflation, the gap between then and now is even larger: In today’s dollars, the prior record is around $398,600.