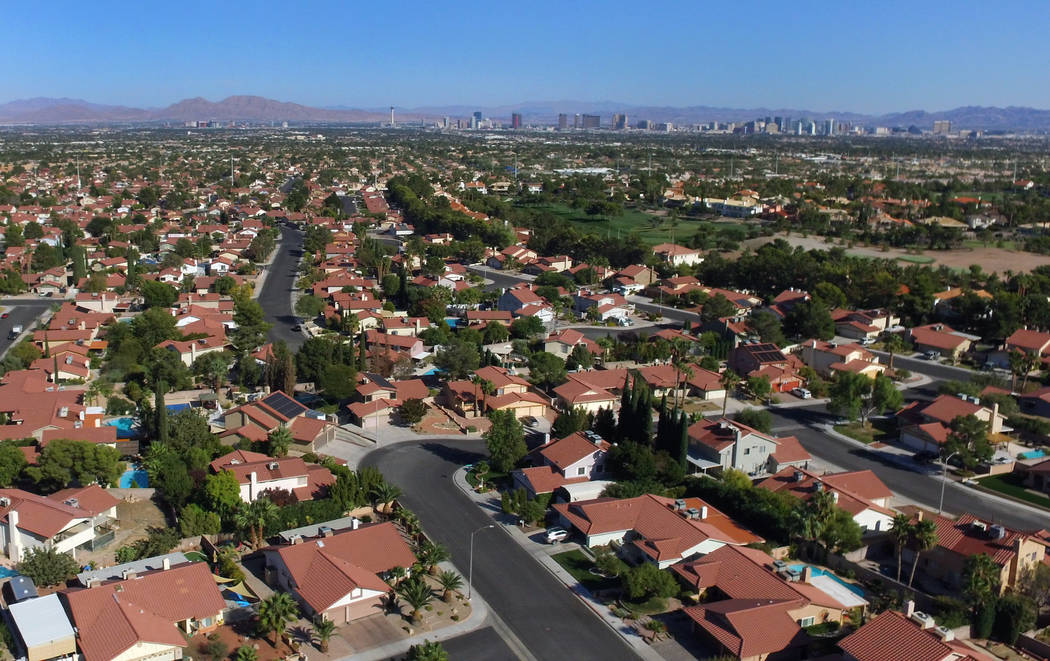 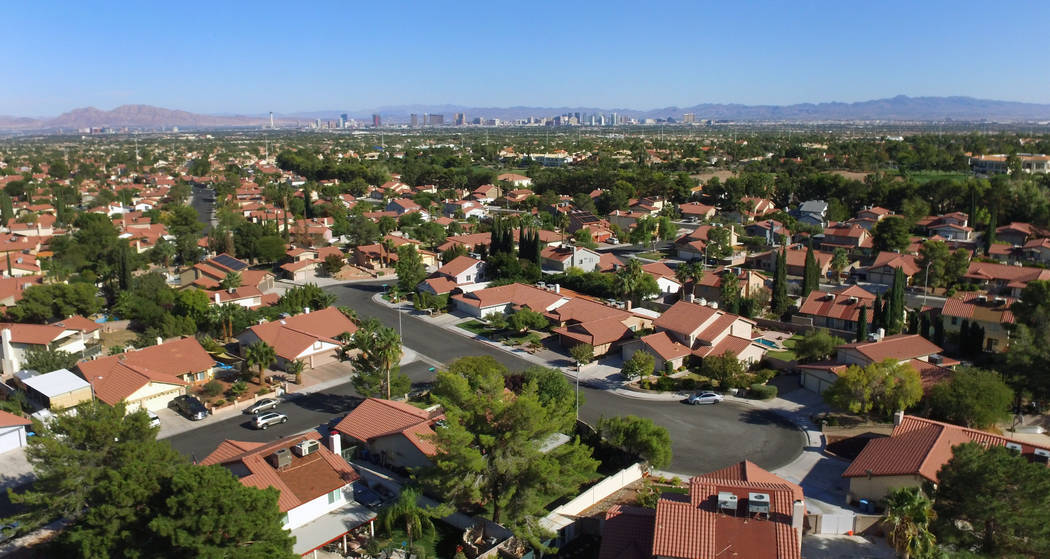 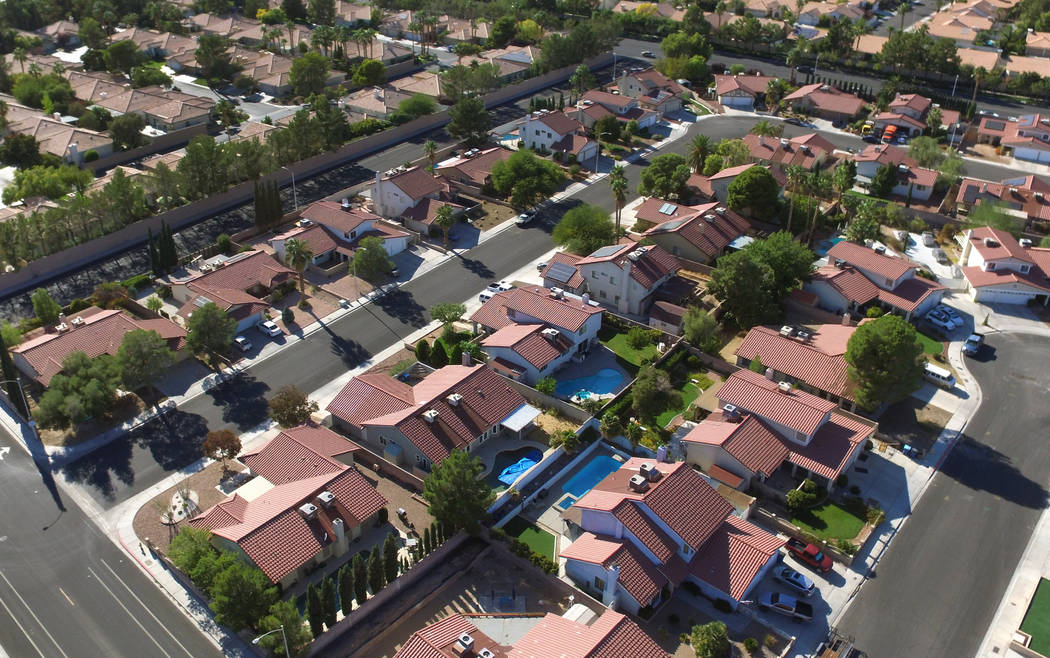 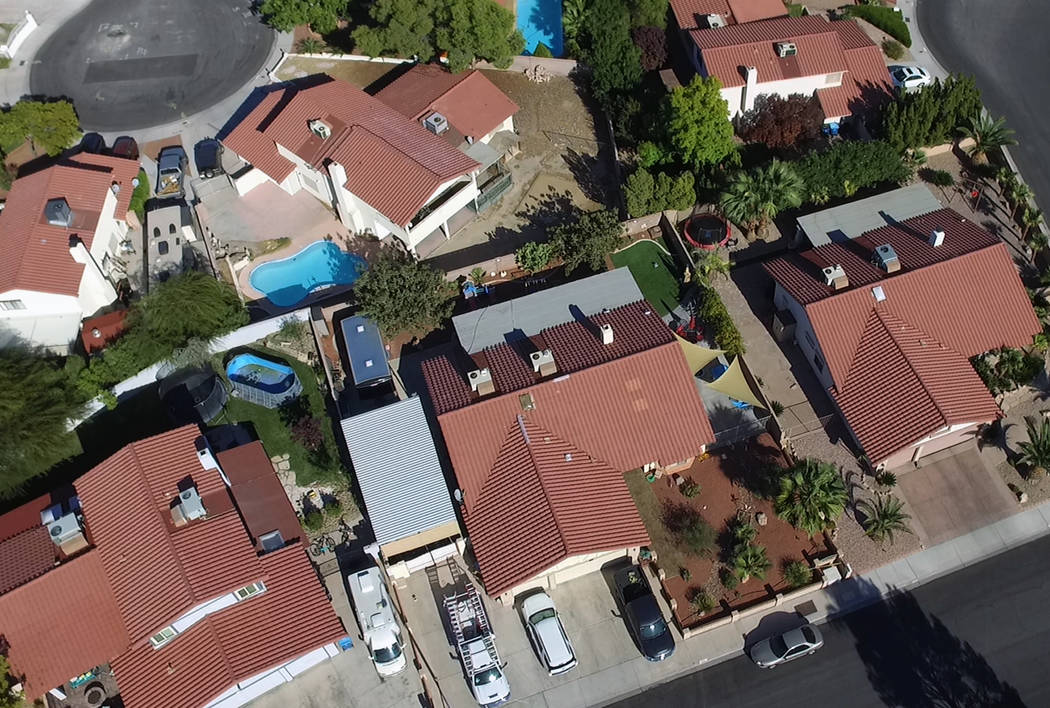 On July 4, 1929, the Las Vegas Evening Review had a welcome message for Elks club members visiting the small desert outpost.

Las Vegas was “a little torn up — but that’s the price of progress,” the paper wrote, adding the “building activity you see is but a gesture in the direction of what is to come,” with five times as much construction in the pipeline than what was underway.

Southern Nevada, we now know, ended up growing fast for decades — and in the mid-2000s, some 75 years after the Evening Review’s spot-on fortune telling, Las Vegas’ housing market got so inflated that in some ways it still hasn’t reached those frenzied levels again.

The median sales price of previously owned single-family homes — the bulk of the market — was $310,000 in September. Before the economy crashed last decade, prices peaked in June 2006 at $315,000, according to the Greater Las Vegas Association of Realtors.

Given the narrowed gap, and barring a drop in prices, Southern Nevada could set a new resale-price record in the coming months. But what significance, if any, should we see in that?

Breaking the old record more than 13 years after it was set is more symbolic than anything. It underscores just how high the market had soared, how badly it crashed and how long the road to recovery has been.

Moreover, that $5,000 gap is bigger than it appears. Adjusting for inflation, the peak price was about $398,300 in today’s dollars.

New record or not, the market also has cooled down after a heated 2018. Price growth has slowed, builders are selling fewer houses, and the once-depleted inventory of available listings has shot back up.

Your guess is as good as mine whether the slowdown is a return to normalcy or the beginning stages of a meltdown. Keep in mind that housing, by nature, is prone to ups and downs, and Las Vegas’ market is more volatile than most.

Also, the market overall has been much different in recent years than it was during the wild mid-2000s. Mortgage lenders aren’t opening the vaults for anyone with a pulse, investors aren’t drawing up plans for forests of condo towers in Las Vegas, builders aren’t selling nearly as many homes as they used to, and house-flipping isn’t everyone’s favorite hobby.

No one could have predicted the global financial chaos of a decade or so ago, but it’s a sobering reminder to see how people viewed the softening housing market before the economy went into a tailspin.

The Associated Press, citing slumping home sales, reported in June 2006 that “the numbers suggest the housing market is headed for a soft landing, not a collapse.”

In a Review-Journal story that same month, a real estate broker pointed to the large companies spending big bucks in Las Vegas as a reason for confidence.

“I hate unjustified optimism, but there is true justification to feel confident that in the years to come our market is going to continue to be strong,” he said. “This is not a bubble for our marketplace.”