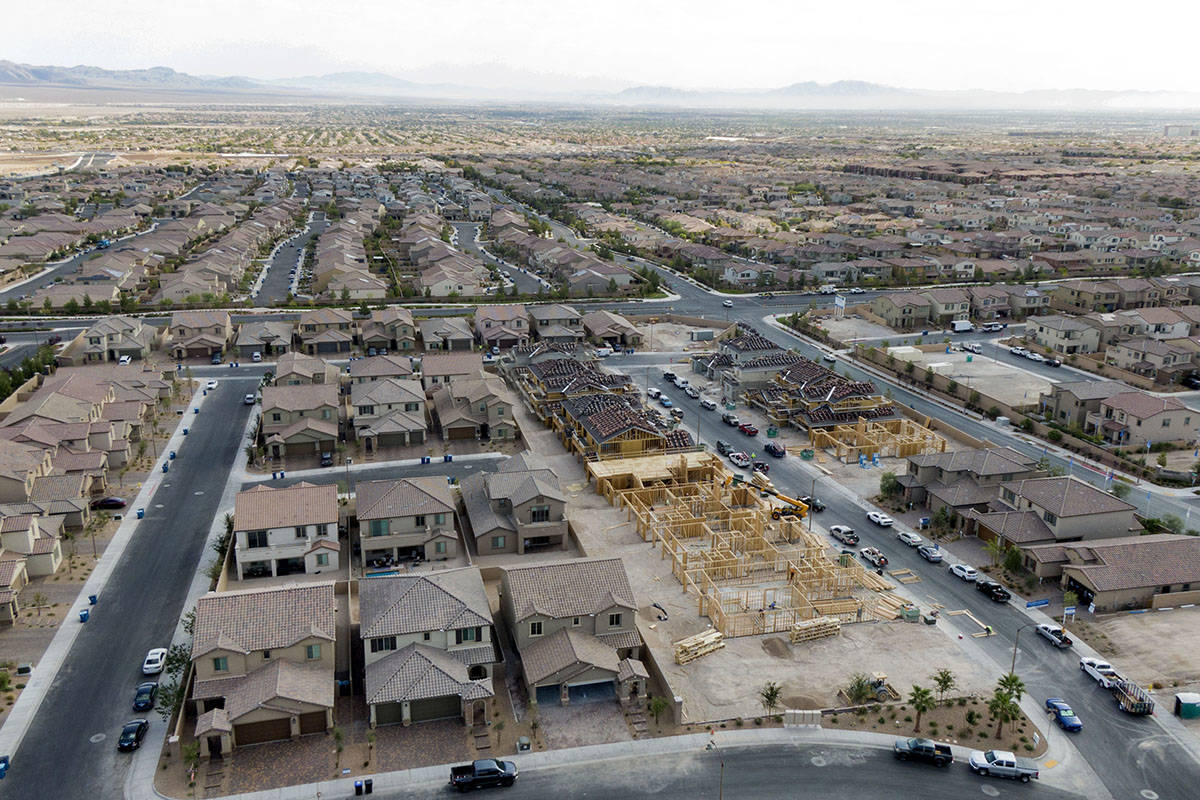 The median sales price for new single-family homes — builders’ best-selling product locally — was $415,000 in October, up 1.1 percent from a year earlier and above the previous all-time high of $411,425, set in August, according to a new report from Las Vegas-based Home Builders Research.

Closings are down from last year, as builders completed 6,972 sales of single-family homes this year through October, down 6 percent from the same 10-month stretch in 2019.

But sales of condos and townhomes, which tend to be less expensive, are up.

Builders closed 1,472 sales of attached homes this year through October in Southern Nevada, up 18 percent from the same period in 2019, Home Builders Research reported.

The coronavirus pandemic has kept people home and away from crowds for fear of getting infected, devastating the tourism industry, the bedrock of Las Vegas’ casino-heavy economy.

But the valley’s housing market, after a brief period of turbulence when the chaos started, has heated up lately with record prices and fast sales.

By all accounts, record-low mortgage rates have provided much of the fuel by letting homebuyers lock in lower monthly payments and stretch their budgets.

On the resale market, the median sales price of single-family homes set a record for the fifth consecutive month in October, at $340,200, up nearly 11 percent year-over-year, according to trade association Las Vegas Realtors.

At the same time, Las Vegas has been rocked with huge job losses, with its unemployment rate one of the highest nationally among large metro areas during the pandemic.

Its jobless rate as of October, 13.8 percent, was the highest in Nevada, state officials reported.

Despite its hot streak, the housing market faces plenty of questions, including what, if any, effect Gov. Steve Sisolak’s statewide “pause” will have on the market, Home Builders Research President Andrew Smith noted in his report.

The governor announced new restrictions for casinos and other businesses Nov. 22 to help curb the rapidly worsening coronavirus outbreak, forcing them to further slash customer capacity, from 50 percent to 25 percent, for three weeks.

“After five months now of historically high rates of activity on both sides of the market, can the final two months continue to defy the typical seasonal trend already mentioned in these pages?” Smith wrote. “Or will rising virus case numbers and increased government restrictions bring things back down to earth, so to speak?”