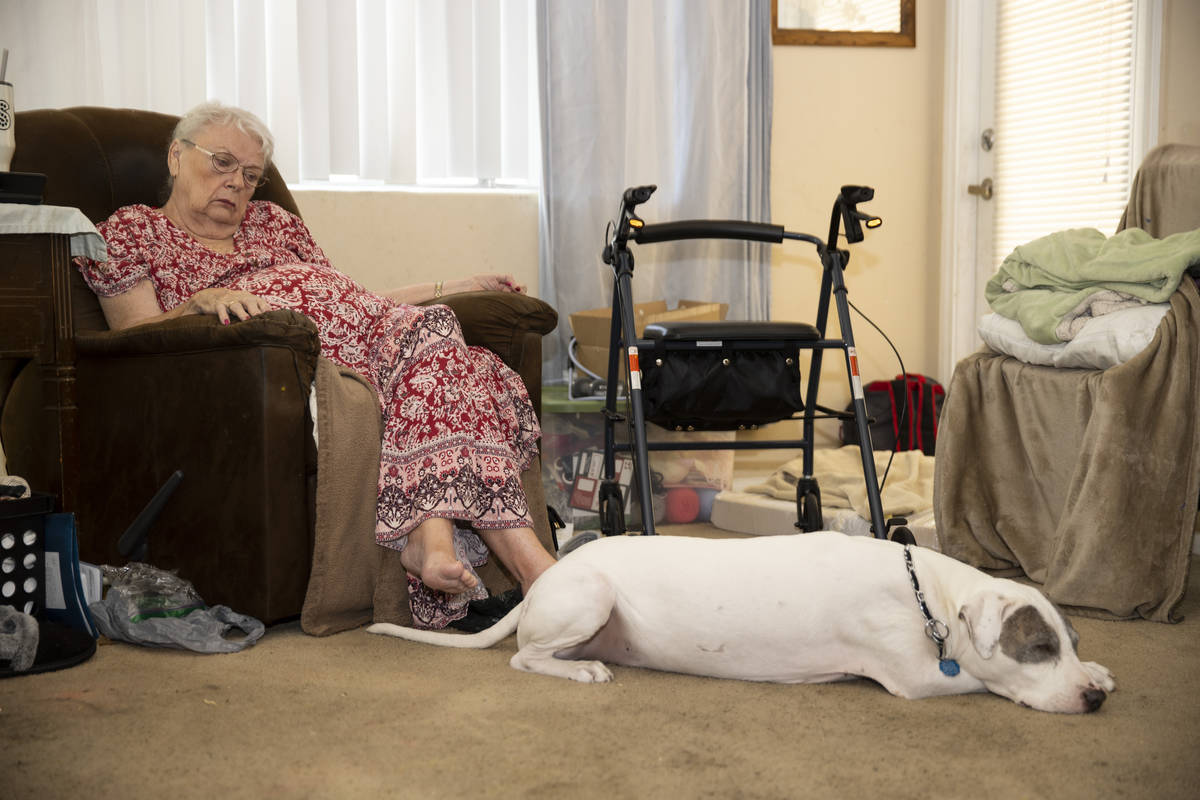 Shirley Soiset, 77, whose rent is going up by about $300 a month, with her service dog inside of her apartment in North Las Vegas, Saturday, July 17, 2021. (Erik Verduzco / Las Vegas Review-Journal) @Erik_Verduzco 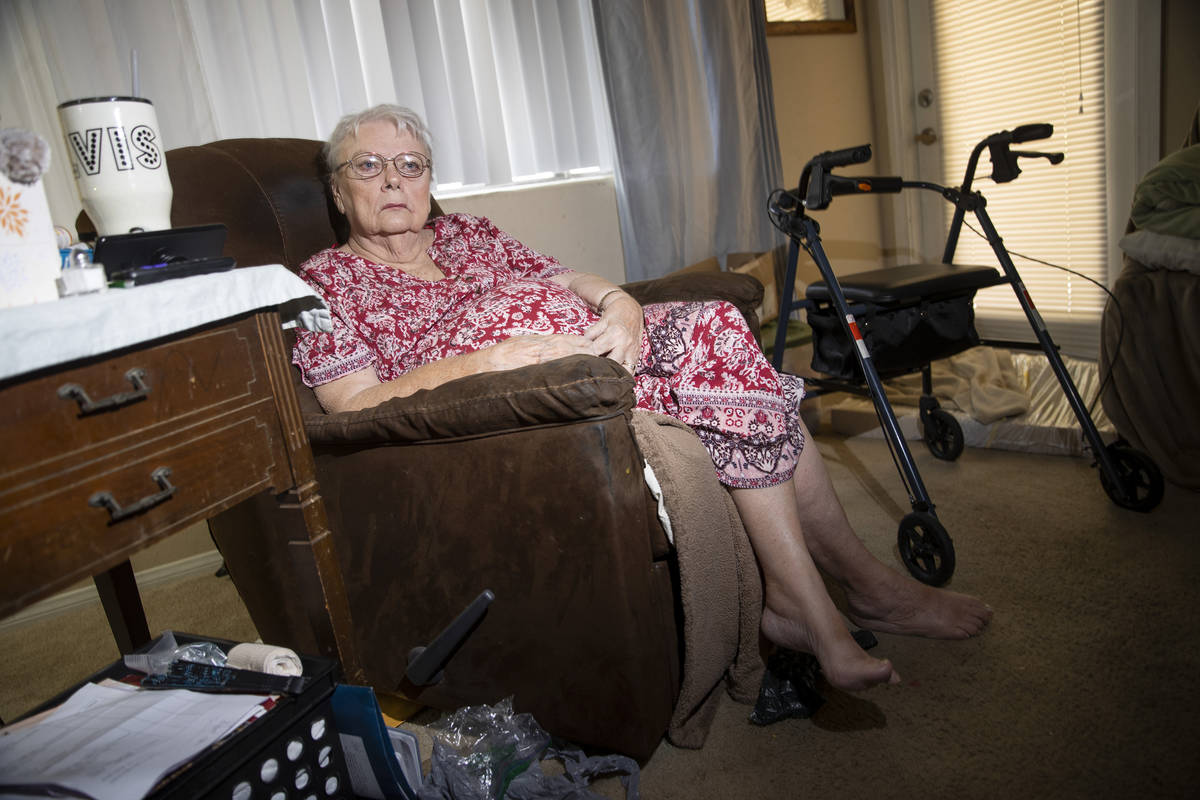 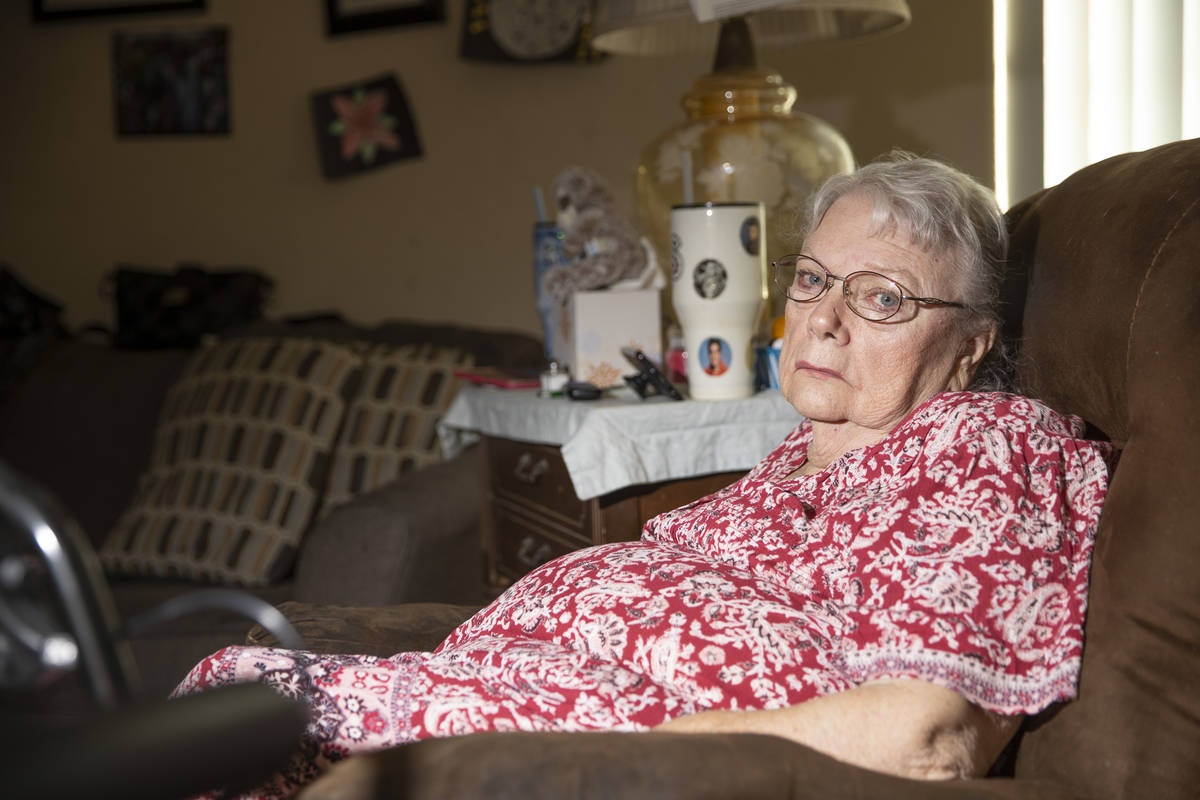 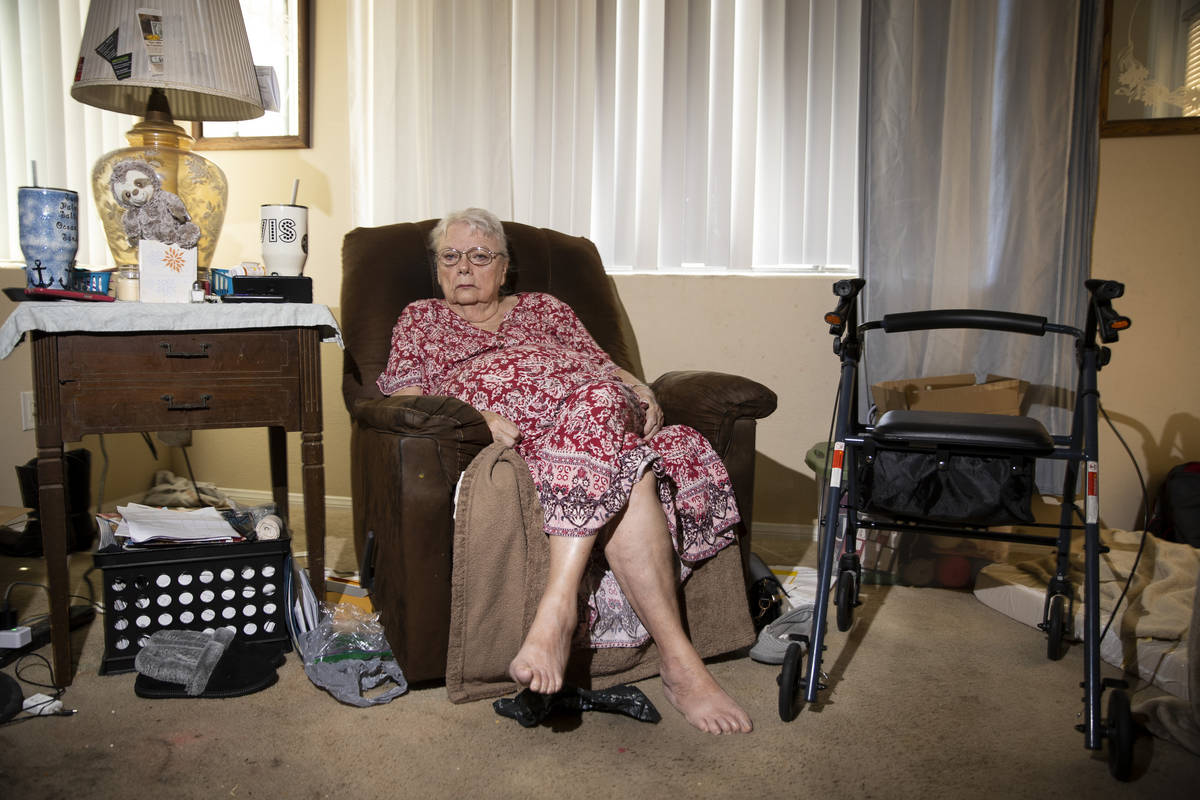 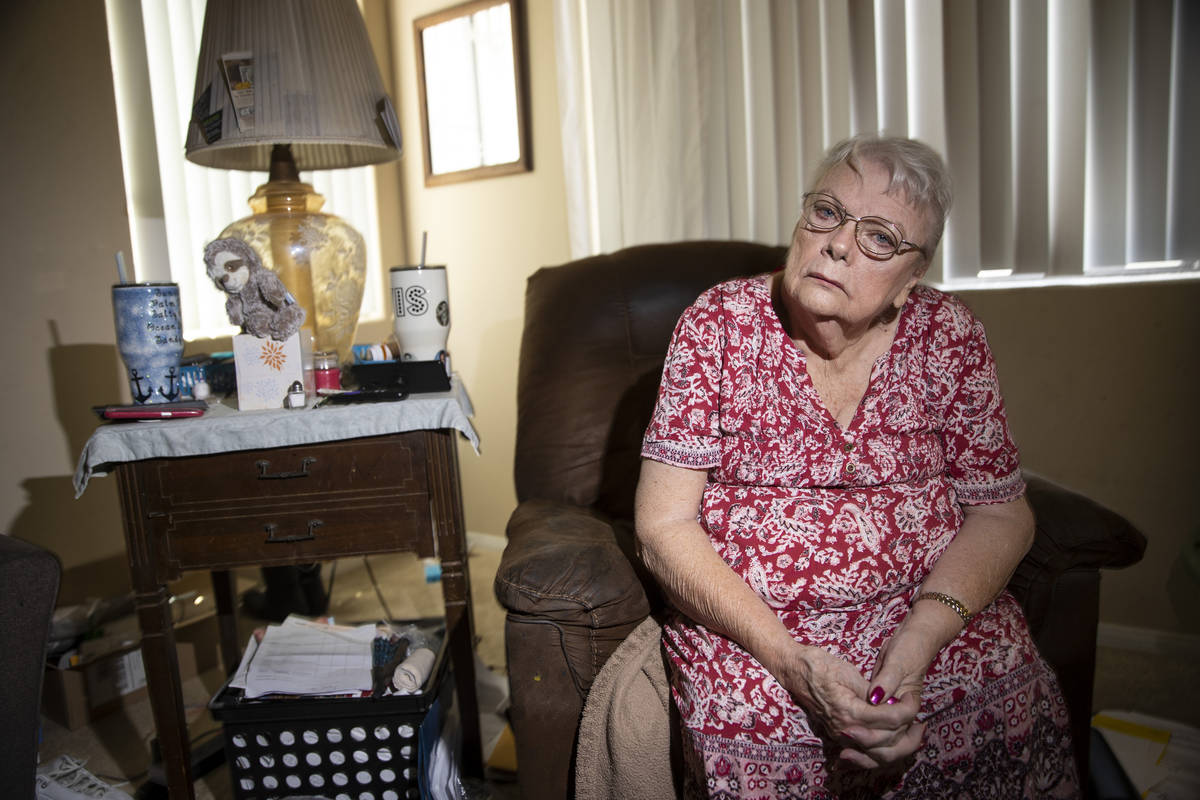 North Las Vegas resident Shirley Soiset was shocked the monthly rent on her one-bedroom apartment shot up by nearly $300 this month — meaning 70 percent of her income will go toward rent.

The 77-year-old said she now keeps all her lights off, sets the air conditioning at 79 degrees and only turns it on after 9 p.m., and cuts back on meals to stay within her monthly budget.

“If I was 21 or 22 years old, I’d say screw ’em. I’d put everything in storage. I’d go buy me a tent and a blow-up bed and find a campground,” she said. “I have neuropathy in my legs. I have an aneurysm in my heart. I have high blood pressure, and there’s no way that this old body could stand out there and survive the heat.”

Soiset isn’t alone, as other Clark County residents are finding some landlords have started raising their rents by hundreds of dollars. And experts say with fewer rental units on the market compared with last year, tenants will continue to see prices climb.

“We’re seeing that increase in demand has been the main contributor with rent acceleration … renters are having their jobs back as businesses reopen (and) the graduating class is coming on to the rentals market in these major metro areas,” said Zillow economist Nancy Wu. “Rents are growing quickly in much of the country but Las Vegas rents are growing faster than any other large U.S. metro.”

Kathy Anderson, who lives in Henderson, learned this month her rent will increase by nearly $200 in September for her one-bedroom apartment, to $1,335 a month.

Anderson said she spoke with her leasing office last month to express interest in moving into a two-bedroom after her lease ends in September and was not told prices would increase.

“I just got a letter saying, ‘We’d like to take this opportunity to express our appreciation for your residency,’ then basically they’re just telling you that it’s going up,” she said. “It does not include my water, sewer, trash. It’s crazy.”

Anderson, a hairstylist, said it would be too expensive to move and she’s already working six days a week to cover rising business expenses.

“I’ve already had to raise my prices because my work prices have gone up — just the inflation of everything, I just had to,” she said. “I have this tightrope that I walk. Do I raise my prices to cover what I need but then risk losing clients because they can’t pay any higher?”

A study released last week by the National Low Income Housing Coalition ranked Nevada No. 22 among states for the highest wage needed to afford a modest two-bedroom apartment.

A worker with 40 hours a week would need to earn $21.83 an hour to afford a two-bedroom apartment at Nevada’s fair market rent, or $1,135, as defined by the Department of Housing and Urban Development. For the Las Vegas metro area, a worker would need to earn $21.98 and in Reno the hourly wage must be $23.40. Meanwhile, the study reports the average renter wage in Nevada is $17.52 with renters making up 44 percent of households.

She added some landlords may be increasing rates to recoup lost rental payments because of state and federal eviction moratoriums, but emphasized it’s more likely a result of supply and demand.

While there’s no cap on how much landlords can raise rents, landlords wouldn’t risk pricing themselves out of a potential tenant, Vasquez said.

Pamela Lancaster, a renter in North Las Vegas, has been looking for a new place for nearly two months. Her lease for a three-bedroom, single-family home expires Aug. 7. However, her landlord had delivered a nonrenewal notice in February, explaining he wanted to raise the rent from $1,600 to $1,900.

“Who moves in a house and has to move out of the house in a year? I wouldn’t have signed the lease. Who does that?” she said, adding she planned to stay at least four years. “I have a child that’s 14 years old and starts high school on Aug. 9. Now, we don’t have a place to stay, and everywhere you look the rent has gone up $300 to $500. My brother, who is legally blind, stays with me. I don’t have that kind of money to pay for a three bedroom.”

Lancaster, who is a retired accountant but picks up part-time jobs, said that if she doesn’t find a new residence soon, she might have to move in with her older daughter, who lives in California.

“I’ve never been through this in my life, and I have good credit so it’s not like I can’t get a place to stay, but I don’t have extra money,” she said.

Soiset echoed Lancaster, noting every place she has checked, including assisted living facilities and manufactured homes, either have no vacancy or are too expensive. One property required a $50 payment to add her name on a yearlong waiting list.

But Soiset is in a predicament. If she renews her lease this month, she’ll barely scrape by as her monthly Social Security income is about $1,800. If she opts for a month-to-month lease — giving her flexibility to find a more affordable place — the rent will jump to slightly over $1,600.

“When I told them (the leasing office) that raising the rent was taking my food money, it was like, ‘I appreciate the fact that you’re saying that, but we’re taking orders and we have no choice,’” she said. “I pray that nobody else has to go through this, but I just feel like I’m the tip of the iceberg.”