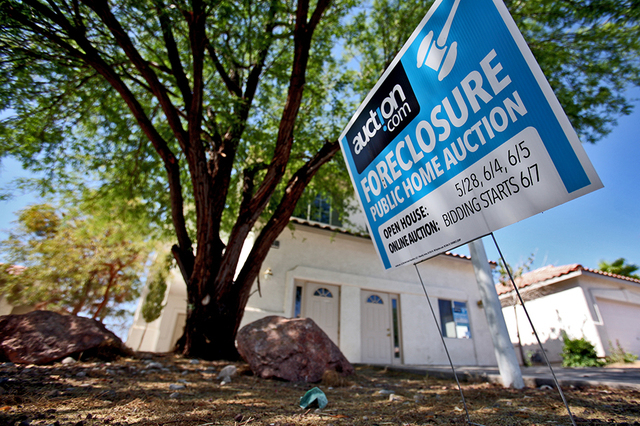 Foreclosures have slowed in Las Vegas but remain more common here than in most cities, according to a new report.

One in every 706 homes in the Las Vegas area was hit with a foreclosure-related filing in August, down about 19.5 percent from August 2015, says Attom Data Solutions, parent company of RealtyTrac.

Despite the slowdown, Las Vegas had the ninth-highest foreclosure rate among large metro areas last month. Atlantic City rocked by casino closures the past few years, was No. 1, with one in every 259 homes hit with a filing.

Nationally, one in every 1,395 homes was hit with a foreclosure filing last month, down 13.2 percent from August 2015, according to Attom.

The company tracks default notices, scheduled auctions and bank repossessions for the report.