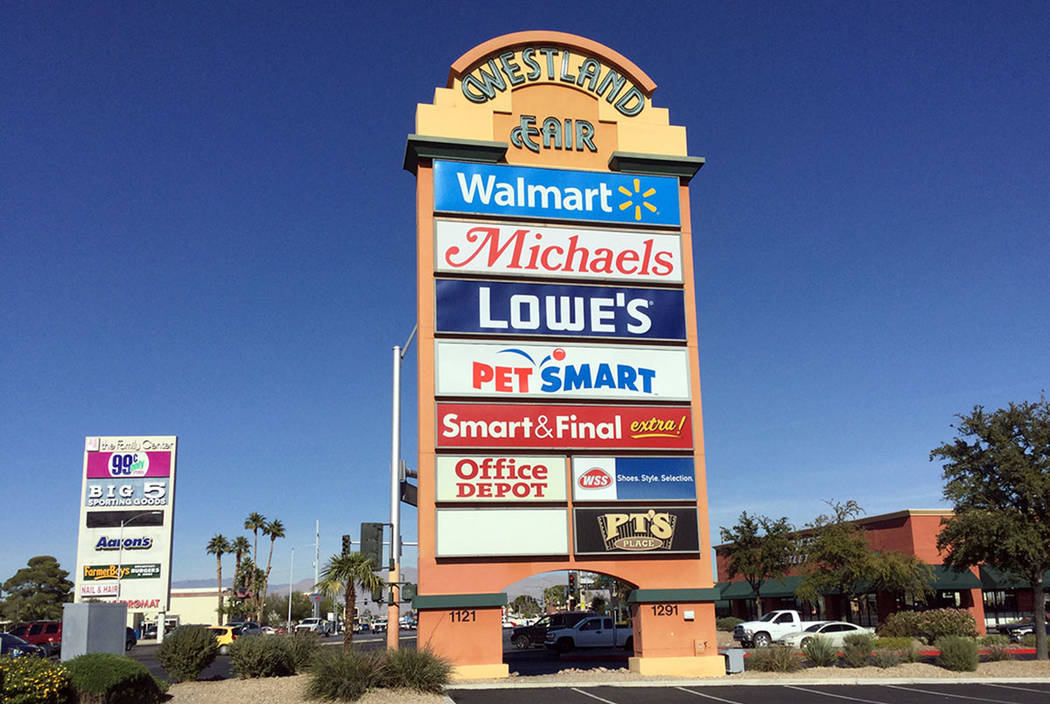 U.S. brick-and-mortar retail has been struggling as shoppers spend more time and money at Amazon and other websites. Las Vegas hasn’t been spared the industry’s woes – Sears, Macy’s and others have closed stores here in recent years – but business is far from dead, and landlords are still buying shopping plazas.

Cannon’s acquisition did not include the space occupied by Westland anchors Walmart and Lowe’s. Its tenants include pet-supplies store PetSmart, arts-and-crafts retailer Michaels and Raising Cane’s fast-food restaurant, according to Newmark Knight Frank, which represented the seller, Weingarten Realty Investors.

Tyler Mateen, a principal with Cannon, pointed to Las Vegas’ population and job growth and Nevada’s low taxes as reasons for the purchase.

Plenty of people say retail is dying, he said, noting it’s “kind of a contrarian approach” to come in and buy a shopping plaza in Las Vegas. But there will still be a use for these centers, Mateen said.

Cannon’s newly acquired space sits at a busy intersection and is about 90 percent occupied, he said.

His group isn’t the only one to buy a Southern Nevada shopping center lately.

The plaza, it noted, is just 37 percent occupied.