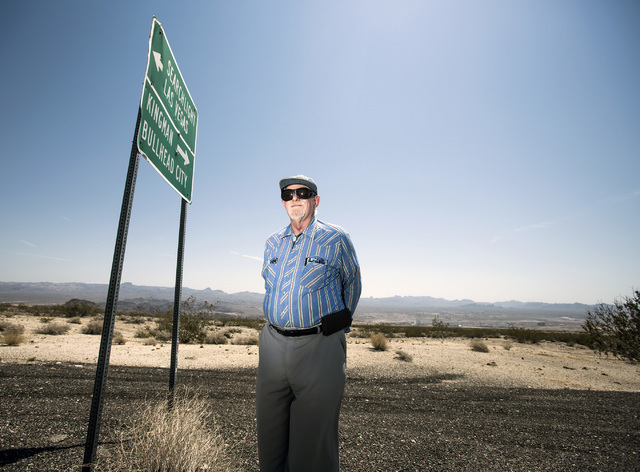 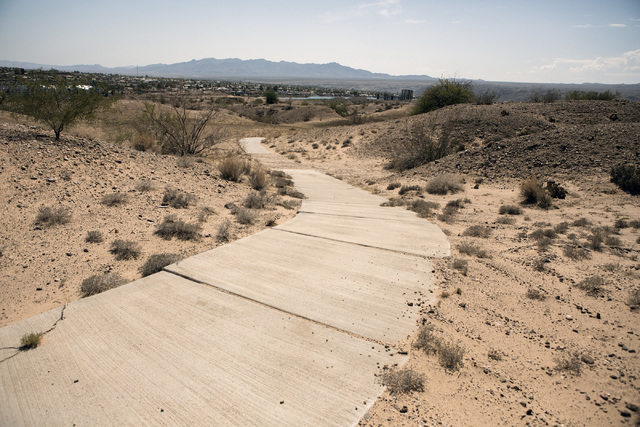 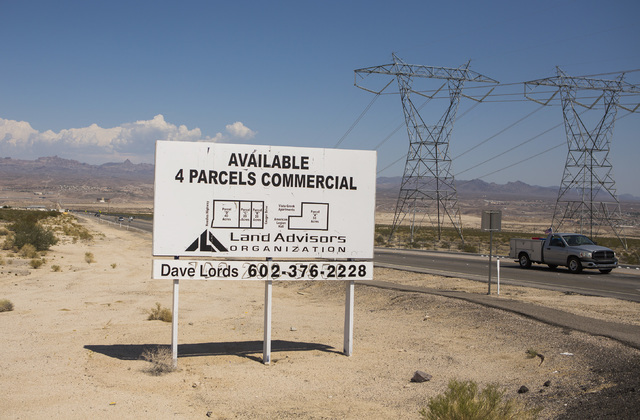 Parcels of available land at Bruce Woodbury Drive and Needles Highway across the street from the site of the former Mojave Power Station is seen Thursday, July 28, 2016 in Laughlin, Nev. Jeff Scheid/Las Vegas Review-Journal Follow @jeffscheid 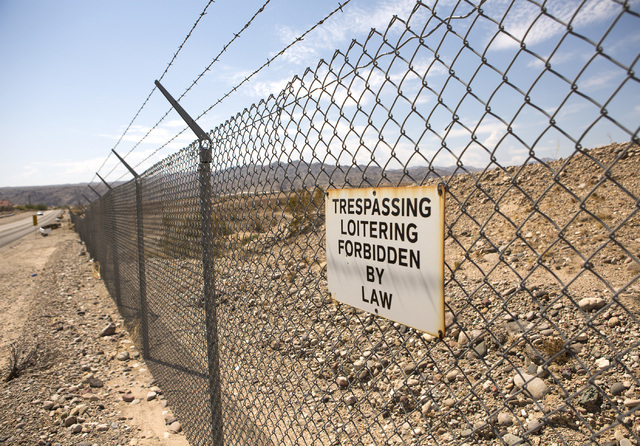 A sign is posted on a fence line at the site of the former Mojave Power Station is seen Thursday, July 28, 2016 in Laughlin, Nev. Jeff Scheid/Las Vegas Review-Journal Follow @jeffscheid 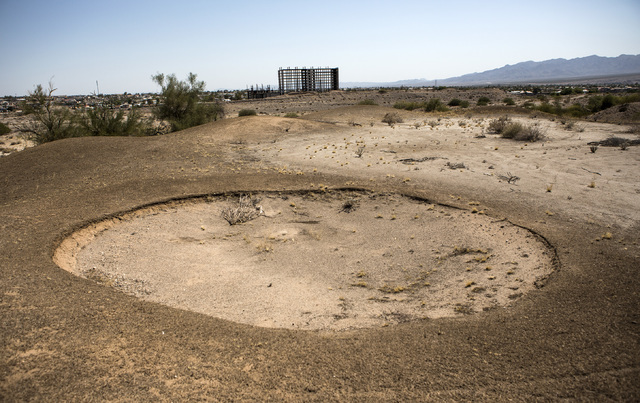 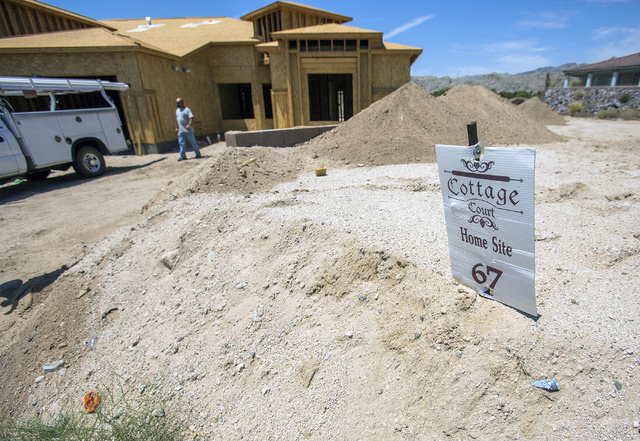 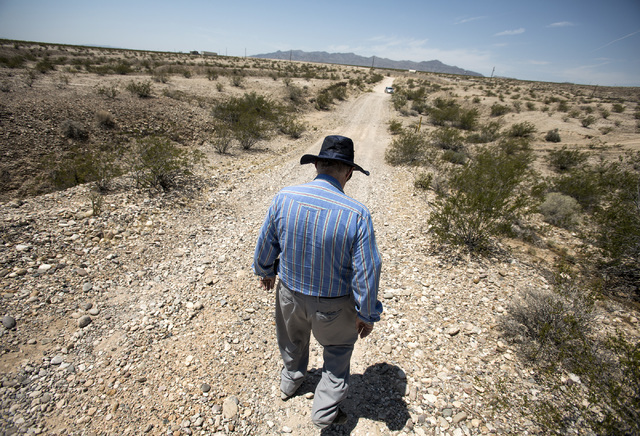 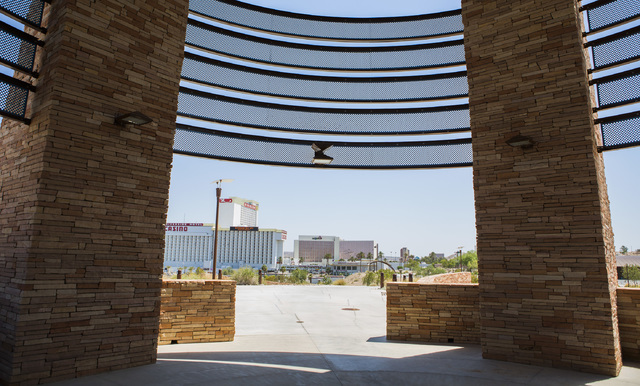 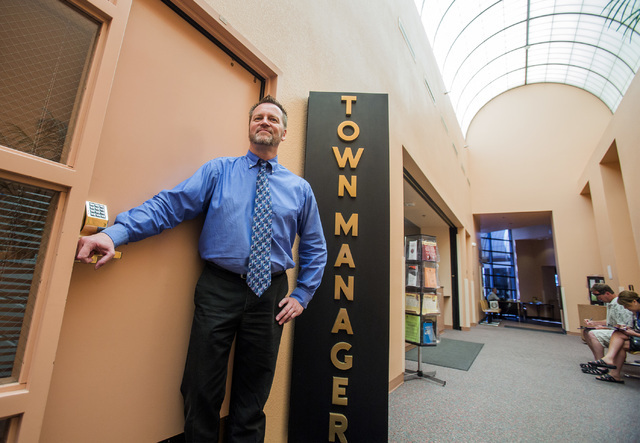 Southern Nevada is seeing a boom in economic development, but many Laughlin residents are asking: What about us?

“There are maybe 70,000 residents in the rural ring (and about 9,000 in Laughlin), and there’s 2.1 million residents in the Vegas Valley, so that means we often get overlooked and forgotten,” said Jim Maniaci, the president of the Laughlin Economic Development Corp.

Clark County acquired 9,000 acres of developable Laughlin land from the Colorado River Commission in 2007, right when the economy was in a tailspin. Nearly 10 years later, those 9,000 acres have yet to be developed.

Meanwhile, the Las Vegas Global Economic Alliance, a private-public partnership that works with the Governor’s Office of Economic Development to recruit new businesses to the state as well as expand existing businesses, has brought in or expanded more than 10 companies so far this year alone.

“All of what LVGEA has done has resulted in urban Vegas valley industries; nothing outside the urban ring,” Maniaci said. “This is despite the regional definition as accepted by GOED as ‘Clark County.’”

While he’s disappointed, Maniaci said he’s “hopeful that they will be more helpful in the future.”

Jennifer Cooper, a spokeswoman for GOED, said the office’s purpose is “to ensure that economic development is being felt throughout Nevada, in both urban and rural areas,” but it “cannot control the location decision that these companies ultimately make.”

LVGEA similarly said “Our mission is to aggressively market the region — both the urban and rural areas — as a globally competitive place to do business in order to diversify our economy.”

Alan Shlottman, an economics professor at the University of Nevada, Las Vegas said Laughlin’s location “doesn’t help — it’s both a strength and a weakness.” On the one hand, Laughlin is a great place to get away from the hustle and bustle of the city, he said, but on the other hand, all of the action is in Las Vegas.

With a rebounding economy as well as newly filled leadership positions in Laughlin, Maniaci said it’s time to see some economic development.

“We don’t even have any hardware stores; we don’t have any automotive garages,” he said.

The nearest emergency room is in Bullhead City, Arizona. Maniaci said he would like to see a complete health care campus in Laughlin as well as small branches from Las Vegas and California businesses open up shop.

“We need the state and the county people to actively help us put in what we need to to get these facilities,” he said.

Nancy Amundsen, director of comprehensive planning for Clark County, said the county has not forgotten about Laughlin, but “our economic development division is more of a liaison and a facilitator … We’re not actively going out and trying to bring in companies.”

Brian Paulson, Laughlin town manager, is seven weeks into the position and cites economic development as “just one of several things I have on my plate right now.”

While Paulson said he will not be taking a leadership role on economic development, the LEDC will have his support.

“I think if the right organizations come in, then sure I think we are very interested in opening it up to economic development,” Paulson said. “I don’t know exactly the reasons for … why we haven’t done a lot, but I’m hoping going forward we can attract new industry and maybe a solar farm, something of that magnitude.” 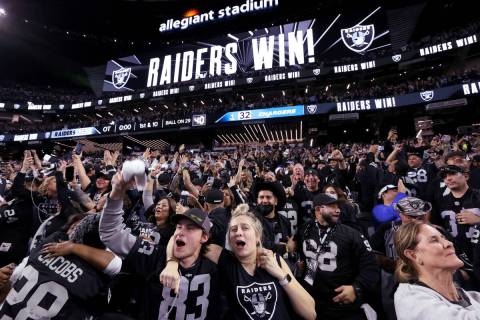