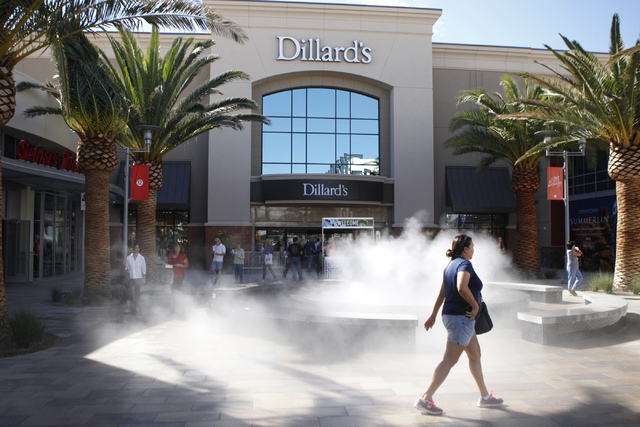 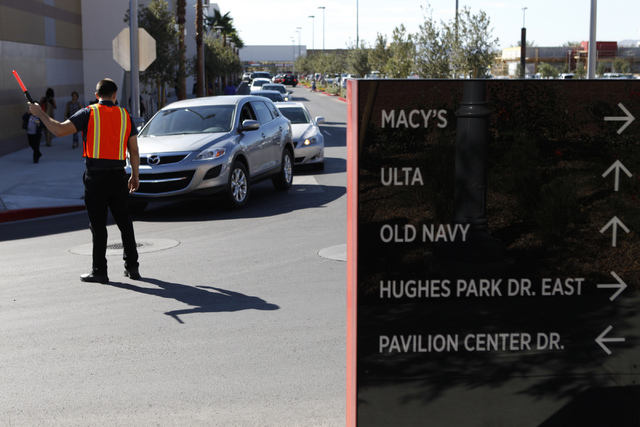 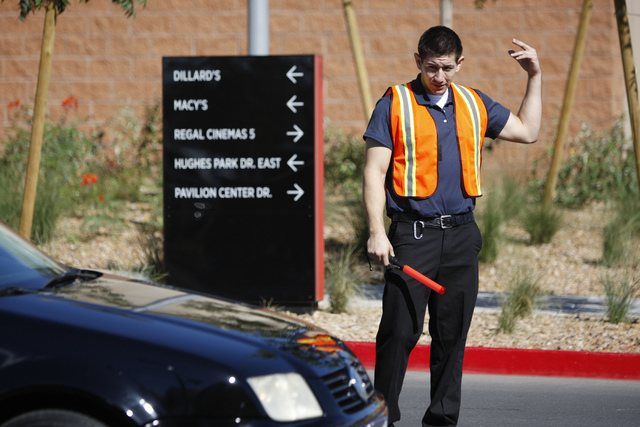 “We’ve had some pretty big accomplishments including having more than 1 million customers visit this past month,” he said. “We had high expectations and the past month has exceeded our expectations. Most of our retailers have done 50 to 100 percent above their plan.”

Crazy Pita owner Medhi Zarhloul said his Mediterranean-inspired restaurant was one of those retailers.

“We started with eight employees when we opened — now we’re at 24,” he said. “We had to adjust immediately because we were superbusy.”

Downtown Summerlin is Crazy Pita’s third location, Zarhloul said. His other two are in Town Square and at The District in Henderson.

“I’ve been meaning to expand for a while and this was the perfect location,” he said of the shopping center at Sahara Avenue and the 215 Beltway.

Zarhloul said customers had been asking for a Summerlin-based location.

“We finally made it happen,” he said. “The response from customers has been amazing.”

Zarhloul said in the short time Crazy Pita has been open, he’s already seen repeat customers and is anticipating the opening of the office building, One Summerlin, and Downtown Summerlin’s first residential development, the Constellation, next year.

“This area will grow and we’ll grow, too,” he said. “We’ll only see more people.”

Ciarrocchi said Downtown Summerlin will continue to add new retailers and restaurants well into next year.

“We’ll always been an ever-changing retail environment as we can’t anticipate who will stay open long-term and we’ll want to change retailers here and there,” he said. “We have new retailers almost every week.”

Earlier this year, Gregg Carlson and his brother Brad acquired the Five Guys franchise, which includes eight locations in Southern Nevada, one in Reno and one in Carson City. He opened his 10th Five Guys location at Downtown Summerlin on Oct. 9.

“This area was underserved in terms of offerings and there was a built-up demand,” Carlson said. “The grand opening was exciting because we performed two times better than we predicted.”

Carlson added that the placement of Five Guys, near stores such as Trader Joe’s and Sports Authority, has helped sell more burgers, fries and shakes.

“I love the way Downtown Summerlin is designed,” he said. “There’s high-end dining at one end, fashion in the middle and the service area at the end where we are. We do really well with consistency and being surrounded by day-in, day-out shopping.”

Carlson said he’s already starting to see an influx of shoppers gearing up for holiday shopping.

“I’m already seeing volume,” he said. “And I’m expecting that to continue through the holidays and into the first of the year.”

In preparation for the holiday shopping season, Ciarrocchi said Downtown Summerlin will be increasing security, working with retailers to ensure customers are aware of their holiday hours, hosting events and installing an outdoor ice skating rink.

“We’ve created such a great environment and we need to keep the energy going,” he said. “We’ll definitely have a very successful holiday season.”