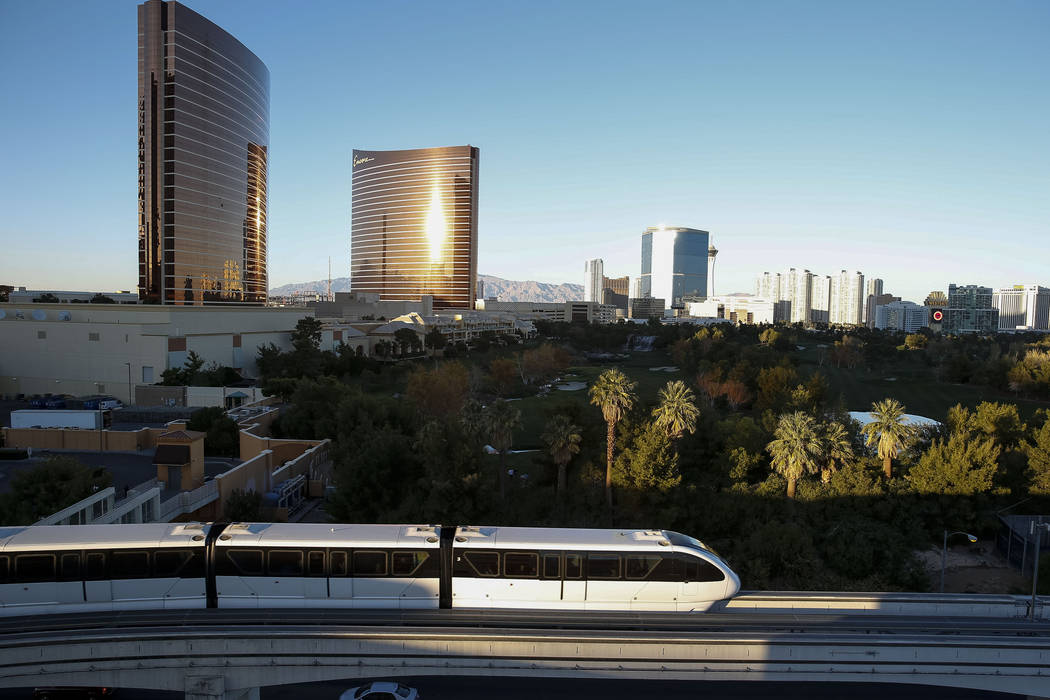 The MSG Sphere at The Venetian arena project is set to be home to one of two new planned monorail stations.

Plans submitted to Clark County call for an 11,119 square-foot station, with platforms on the north and south sides of the existing Las Vegas Monorail Co. guideway.

The station will be 60 feet tall and located off Sands Avenue approximately 200 feet east of Koval Lane, on the northwest corner of the planned 18,000-seat arena’s almost 19-acre site.

The MSG Sphere station will connect with a previously approved 1,100-foot long pedestrian bridge between the Sands Convention Center and the MSG Sphere. Developers of the MSG Sphere — Las Vegas Sands Corp. and Madison Square Garden Co. — broke ground on the project in September and expect to complete construction in the 2021 fiscal year.

Plans call for the station to be constructed of painted steel, metal panels, metal guardrails, glass doors, and a standing seam metal roofing. Concrete columns will be constructed in the median and on the south side of Sands Avenue to support the station.

Construction of the MSG Sphere station is expected to take about nine months to complete, according to Ingrid Reisman, The Monorail Co. spokesperson. Reisman didn’t provide a specific timeline for the project and declined to comment on the price of the station.

A planned station and extension set to run from the MGM Grand to Mandalay Bay is aimed at transporting fans to and from events at the $1.8 billion, 65,000-seat Las Vegas stadium, which is under construction just across Interstate 15. The projected cost of the project, including station and new track construction, is $23.6 million, according to construction permits submitted to the county earlier this year.

Construction of the station and guideway extension is expected to take 18 months, plans show.

The two planned stations are to be constructed simultaneously, Reisman said. The land use entitlements for the station on Sands Avenue must first be secured, which could occur as early as the Dec. 5 county commission meeting.