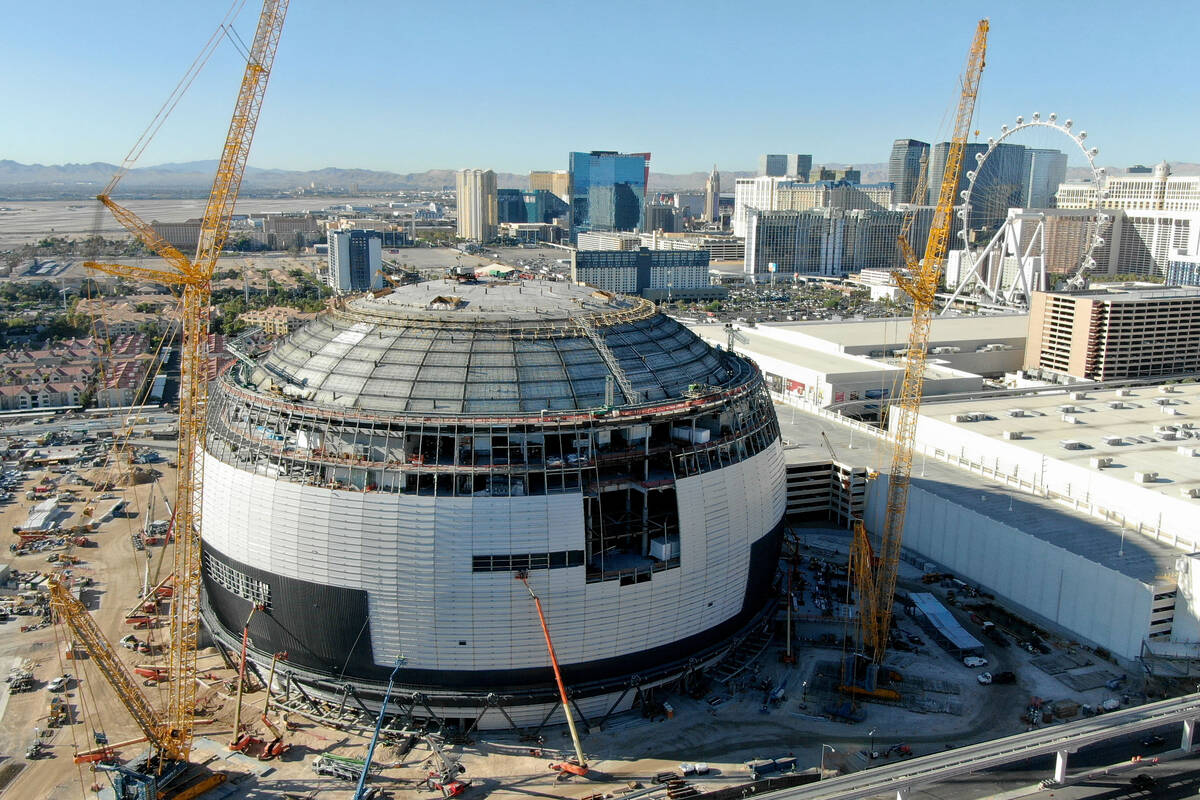 An aerial photo of the MSG Sphere at the Venetian as work continues on Thursday, September 30, 2021. (Michael Quine/Las Vegas Review-Journal) @Vegas88s 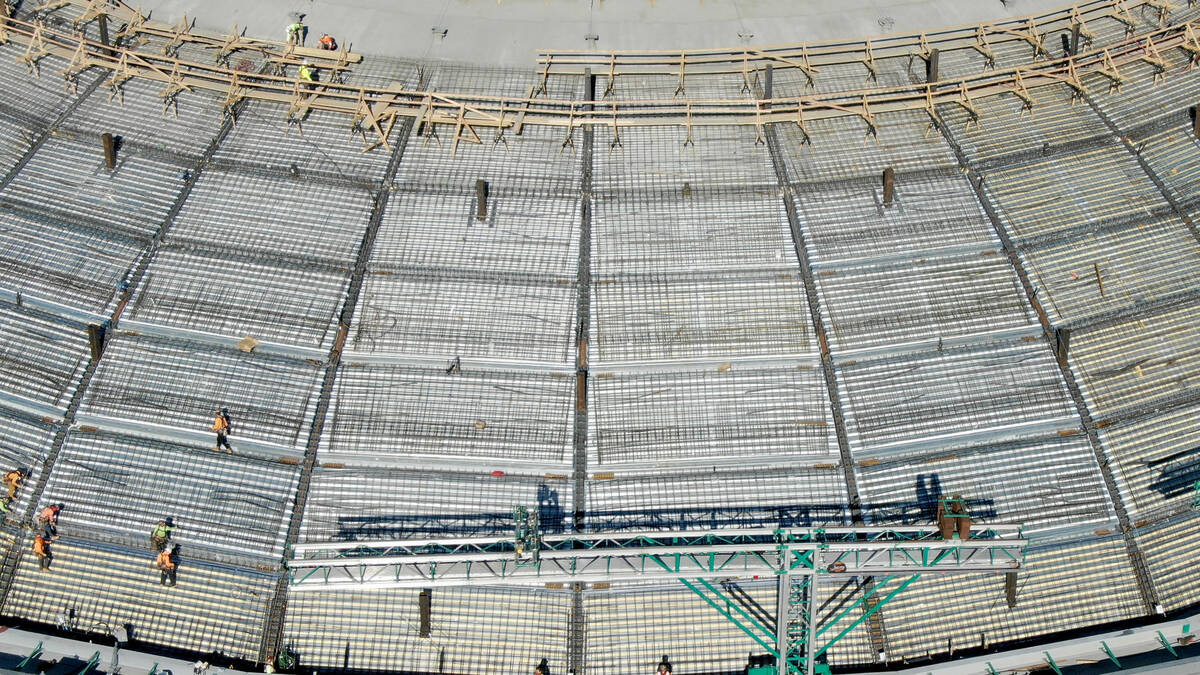 An aerial photo of workers on top of the MSG Sphere at the Venetian as construction continues on Thursday, September 30, 2021. (Michael Quine/Las Vegas Review-Journal) @Vegas88s

Crews finished installing metal decking and rebar atop the skeletal dome at the end of last month, and they have started pouring about 13,000 tons of concrete to fill out the roof, a spokesman for Madison Square Garden Entertainment Corp, said Monday. Project officials held a “topping out” ceremony in June to celebrate completing the globular venue’s steel frame.

Project leaders plan to finish over the next year the roof concrete and the venue’s exterior facade and continue building out the interior and a pedestrian bridge. An exosphere will enclose the venue and be covered with 580,000 square feet of programmable LED lighting. The spokesman said officials expect the steel exosphere will be done in 2022 and come with a second “topping out” ceremony.

The future 17,500-seat venue sits just east of The Venetian, Palazzo and The Venetian Expo. The project is estimated to cost at least $1.8 billion and eventually will house screens that span the size of three football fields.

When completed, the MSG Sphere will be 366 feet tall, and the building will be 516 feet wide at its widest point. By comparison, the nearby Palazzo tower is 642 feet high, The Venetian is 475 feet tall, and the High Roller observation wheel is 550 feet tall.

The Sphere’s exosphere will stand roughly 30 percent taller than the domed roof atop the main venue — 366 feet to 285 feet.