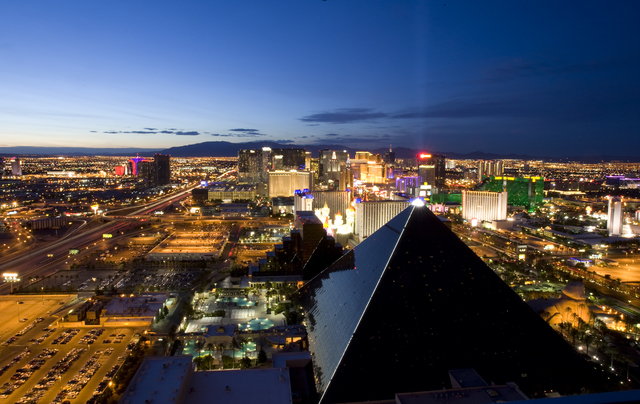 The figures were part of the Gaming Control Board’s annual Gaming Abstract Report that was released Friday.

The abstract takes into account all revenue — gaming and nongaming — produced by casinos grossing more than $1 million in gaming revenue over the fiscal year, which ended June 30. In 2013, there were 263 casinos that provided results, two fewer than a year ago.

Despite the loss, total revenue statewide increased less than 1 percent. Nevada casinos collected more than $23 billion in total gaming and nongaming revenue in fiscal 2013, compared with $22.976 billion in 2012. Total revenue is the money spent by customers on gaming, hotel rooms, food, beverage and other attractions, such as shows and retail.

The net loss came after the casinos paid expenses. The loss does not take into account deduction for federal income taxes and accounting for extraordinary expenses. Most of the losses statewide were on paper, reflecting expenses taken for financial restructurings in 2012.

For the state, general administrative expenses for casinos increased 3 percent to $10.6 billion, which wiped out any gains in overall revenue.

The 263 casinos listed in abstract paid more than $804 million in gaming taxes, equating to 7.7 percent of their gaming revenue. During the fiscal year, 66 casinos owned by public companies accounted for 76.6 percent of the total gaming revenue generated statewide.

The Strip’s divide between gaming and nongaming revenue was even more pronounced than the state: gambling accounted for 37 percent of the casinos’ overall revenue.

Like the state, however, gaming revenue slightly increased its percentage of the overall total for the first time since 2007. Last year, gaming accounted for 36 percent of the overall figure.

Casinos operated in the rest of Clark County, which is primarily a locals market, reported net income of $120 million, despite a 2.1 percent decline in overall revenue.