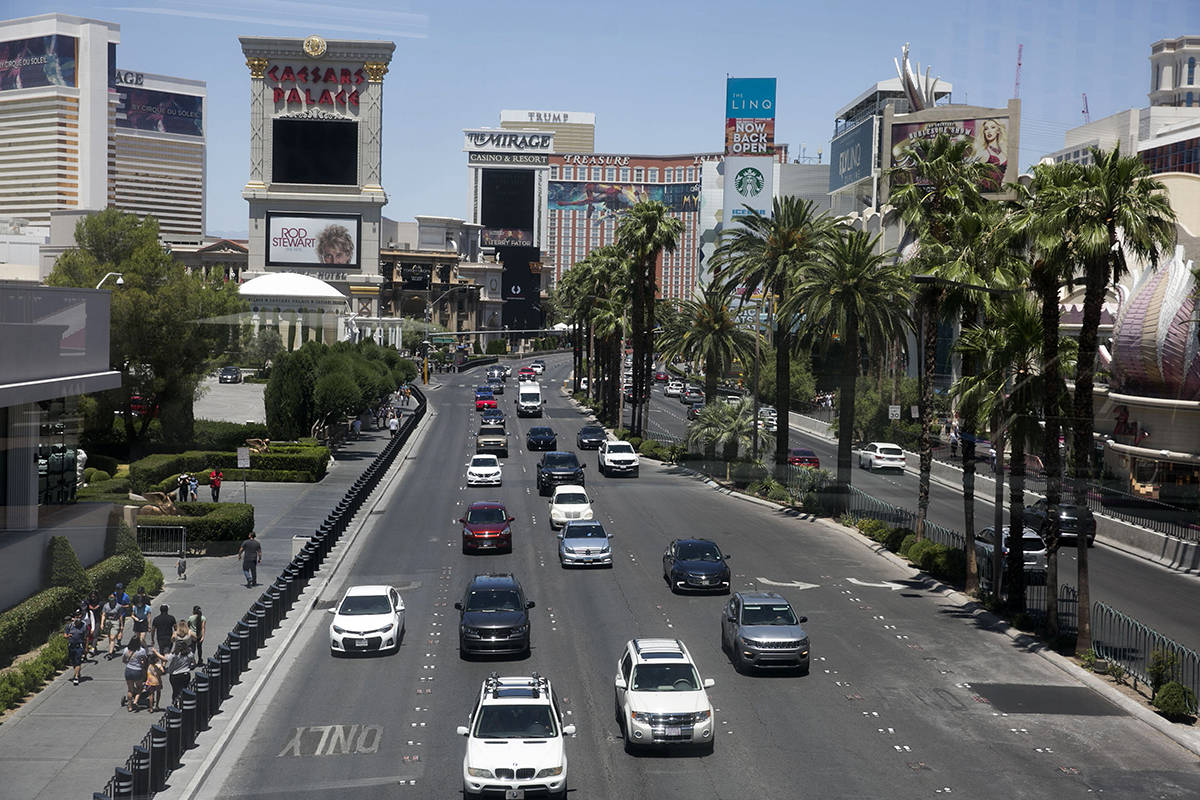 Pedestrians, left, and motorists on Las Vegas Boulevard on Sunday, June 7, 2020, in Las Vegas. On Sunday, both car and pedestrian traffic on the Strip seemed more congested than they had the last couple of days.(Bizuayehu Tesfaye/Las Vegas Review-Journal) @bizutesfaye

An estimated 25.3 percent of Nevada’s workforce was unemployed in May, down from 30.1 percent in April, according to seasonally adjusted figures released Wednesday by the state Department of Employment, Training and Rehabilitation, or DETR.

Nevada added jobs back last month at a faster pace than the nation, at rates of 2.9 percent and 1.9 percent, respectively, DETR reported.

Still, Nevada’s unemployment rate was nearly double the country’s in May, as the state is experiencing “one of the greatest economic shocks in history, with data reminiscent of the Great Depression,” the department said.

“While we expect to see improvement in the months ahead, we are still facing a situation unlike anything the state has ever seen,” DETR chief economist David Schmidt said in a news release.

Nevada’s tourism-heavy economy was devastated by the pandemic, which sparked sweeping business closures and stay-at-home orders around the U.S. as officials scrambled to contain the virus’ spread. It’s anyone’s guess how long it will take for the economy to recover from the overnight collapse, or if another surge of coronavirus cases would lead to another round of shutdowns.

For now, the state’s report shows the incremental progress Nevada made last month, when Gov. Steve Sisolak allowed certain businesses, including retailers, auto showrooms and nail salons, to let customers back in, albeit at limited capacity.

Nevada’s job rolls have almost surely grown since then, given that casinos were allowed to reopen June 4 after more than two months on state-ordered lockdown.