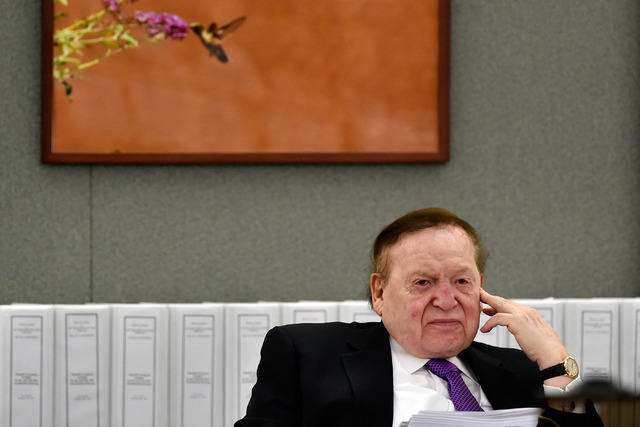 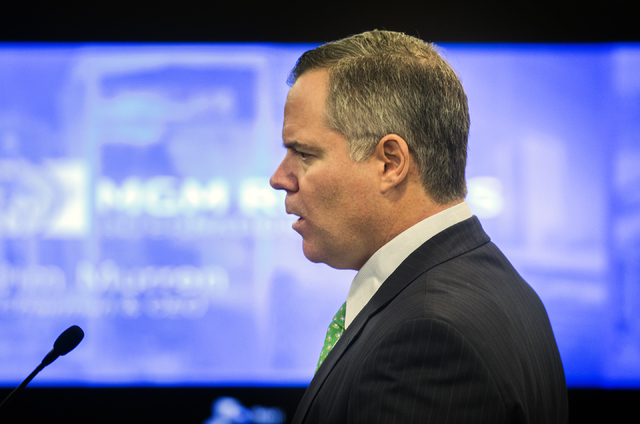 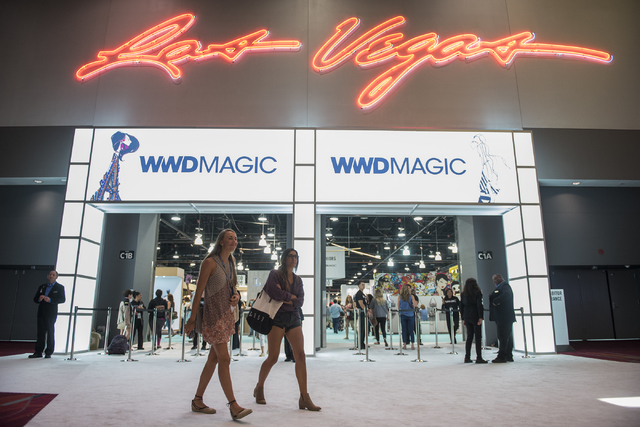 “We should invest in a new world-class stadium,” Adelson said in a statement to the Review-Journal that addressed Murren by name. “A new stadium would bring in a lot of new business when it is needed and when the city is capable of handling it, while not putting additional pressure and traffic or demand for rooms when the hotels cannot accommodate them.”

The 11-member Southern Nevada Tourism Infrastructure Committee, which meets Thursday, has been charged with delivering nonbinding recommendations on the financing of tourism-related projects to Gov. Brian Sandoval and the Nevada Legislature by the end of September. The committee unanimously endorsed a 0.5-percentage-point increase in Clark County’s hotel and motel room tax rates to fund the convention center expansion, and the panel’s members now are focused on developing a similar plan for the stadium, which is expected to cost between $1.7 billion and $2.1 billion.

Las Vegas Sands, Majestic Realty and the Oakland Raiders are partnering to develop the 65,000-seat domed stadium, a public-private effort that includes a request for $750 million in public funding through an increase in room tax rates.

Murren declined to respond to Adelson’s comments Monday, but Murren is on record as favoring the stadium if less public money is contributed to the project.

The committee will take up the stadium project Thursday. The panel is not expected to issue firm recommendations until next month.

Adelson’s statement disputed Murren’s position that the convention center expansion is a “must-have” tourism amenity while the stadium would be “nice to have.” Adelson, whose company operates The Venetian, Palazzo and the Sands Expo and Convention Center, said the stadium is the “must-have” amenity.

Adelson said major conventions and trade shows would stay in Las Vegas even if the convention center is not expanded. Las Vegas Convention and Visitors Authority executives have said the city will lose convention business to other cities if the expansion plan is rejected.

“No shows are going to leave Las Vegas for another city,” Adelson said. “I’ve personally spoken to organizers, including the ones referenced by the LVCVA, and only one said his show could fit in another city — but he had no intention of even considering that.

“Additionally, the likelihood of attracting new shows remains extremely unlikely,” he said. “Many of the shows the LVCVA has targeted to bring to Las Vegas want to come during times early in the year when all of the hotel rooms in town are already booked with existing conventions.”

A spokesman for the Las Vegas Convention and Visitors Authority said late Monday that the organization is focused on the expansion project. The LVCVA has not opposed the stadium plan.

The Raiders have said they would seek NFL approval to relocate to Las Vegas if a stadium financing plan is approved. Developers envision the stadium also becoming home to University of Nevada, Las Vegas football games, neutral-site sports events and special events too large to stage in existing Southern Nevada arenas.

Sam Boyd Stadium, the valley’s biggest existing stadium, is far from the Strip in eastern Las Vegas. It is more than 40 years old and typically seats fewer than 40,000 people.

Last week, State Senate Majority Leader Michael Roberson said the convention center and stadium proposals might have to be linked for either of them to have a chance of passage by the Legislature since tax increases require a two-thirds majority vote. He cited a similar convention center expansion proposal that was rejected by lawmakers in the 2015 legislative session.

Clark County Commission Chairman Steve Sisolak, a member of the infrastructure committee, said panel members have agreed that the convention center expansion and the stadium proposal were separate and that each plan would stand on its own merit.

“At no time did we discuss tying these things together,” Sisolak said Monday. “What happens after our recommendation reaches Carson City is a whole other matter with the politics and we felt that we would be as fair as we could be.”