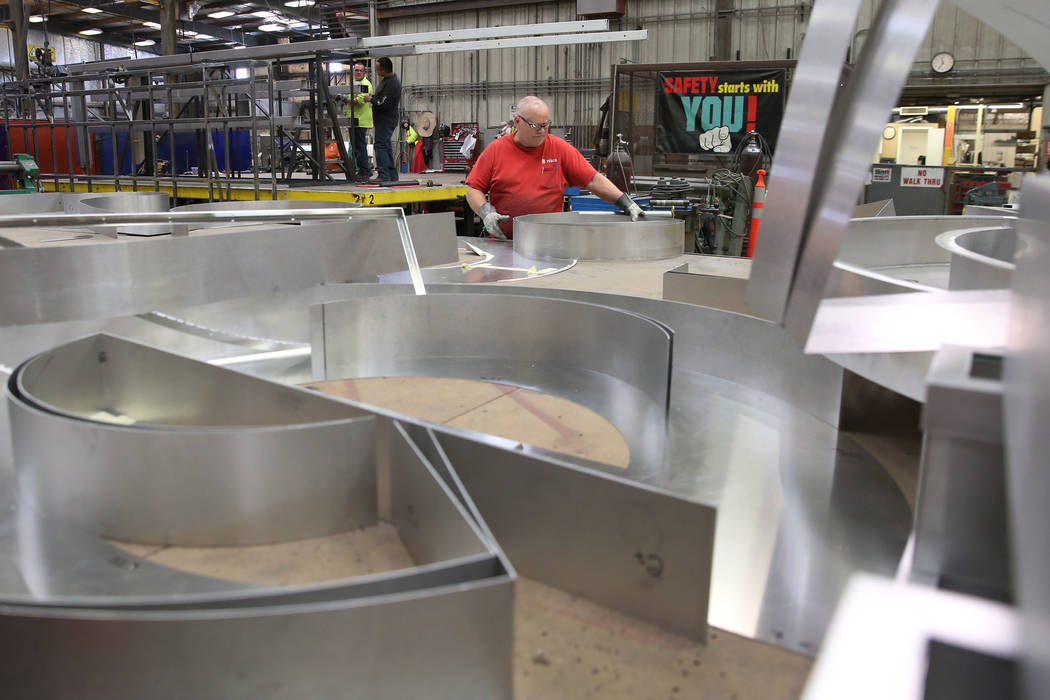 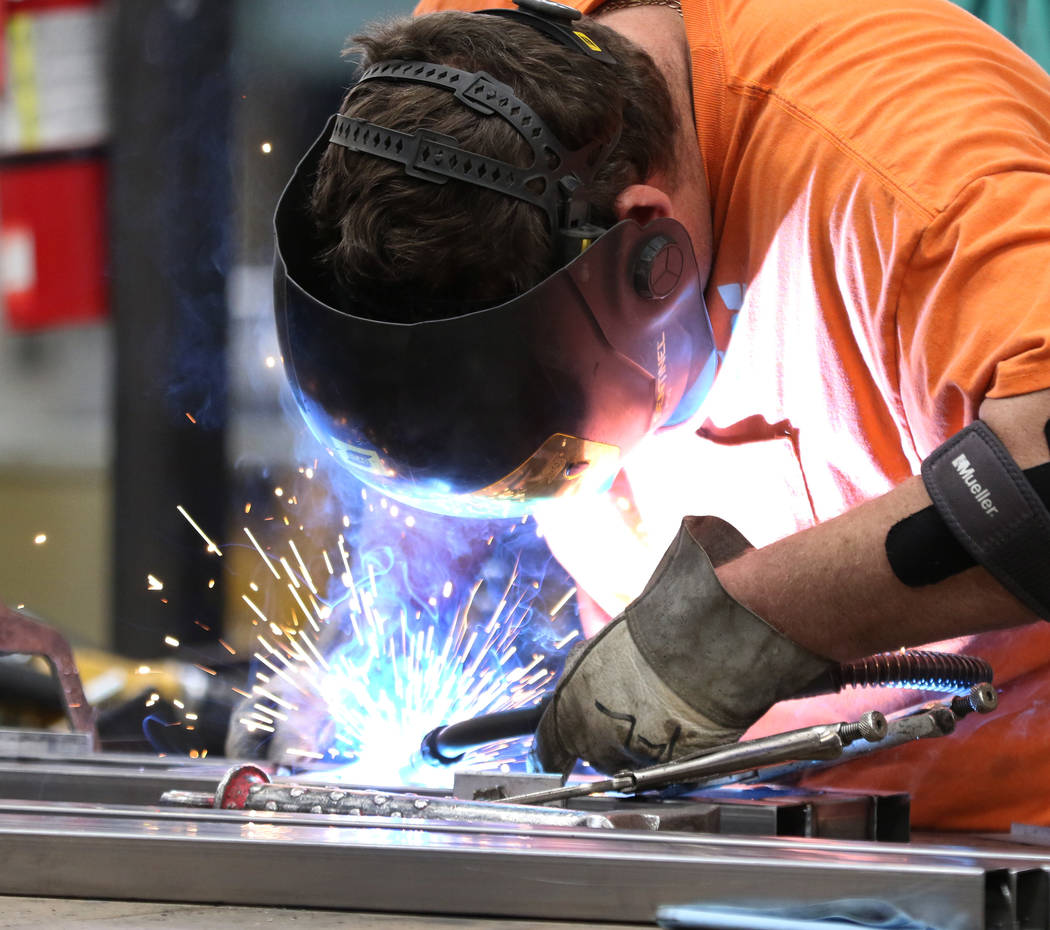 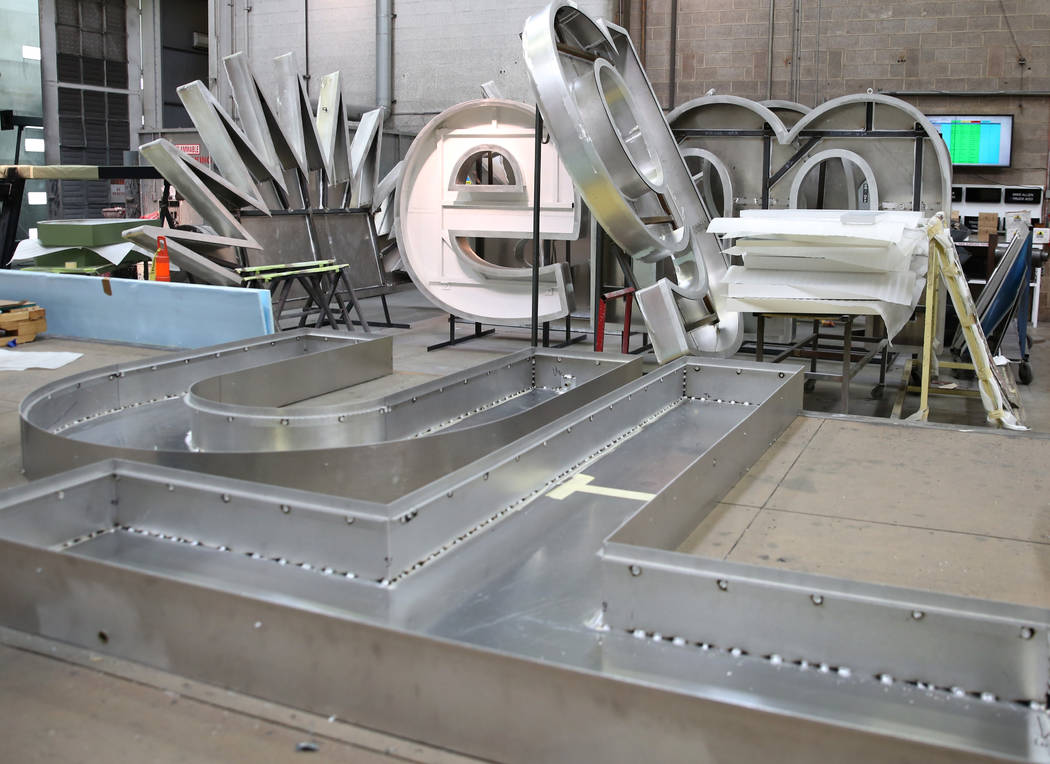 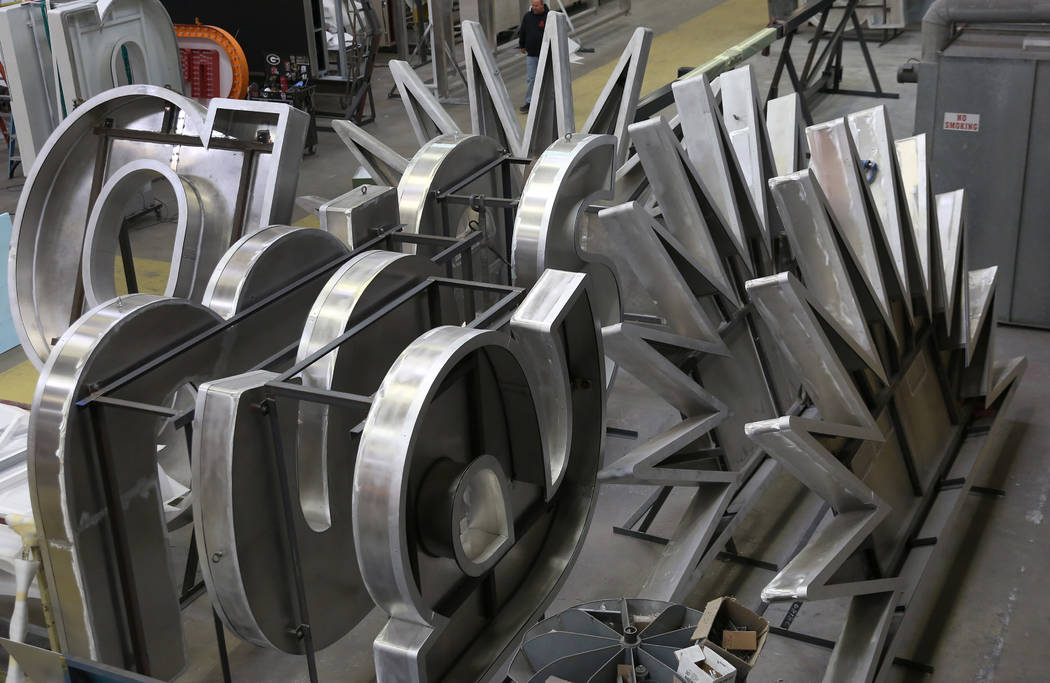 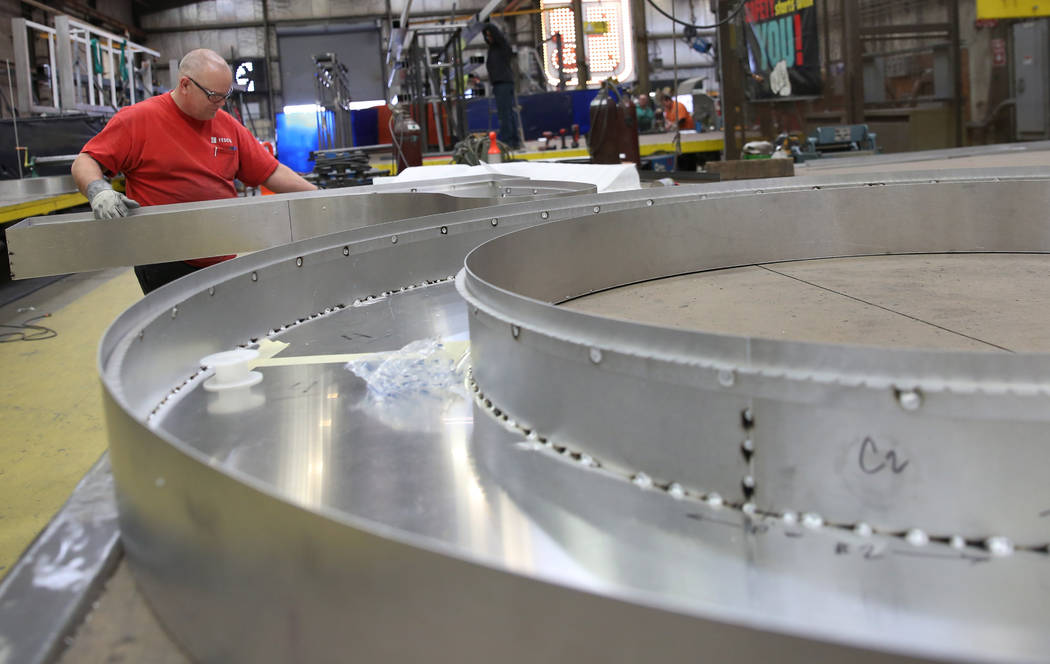 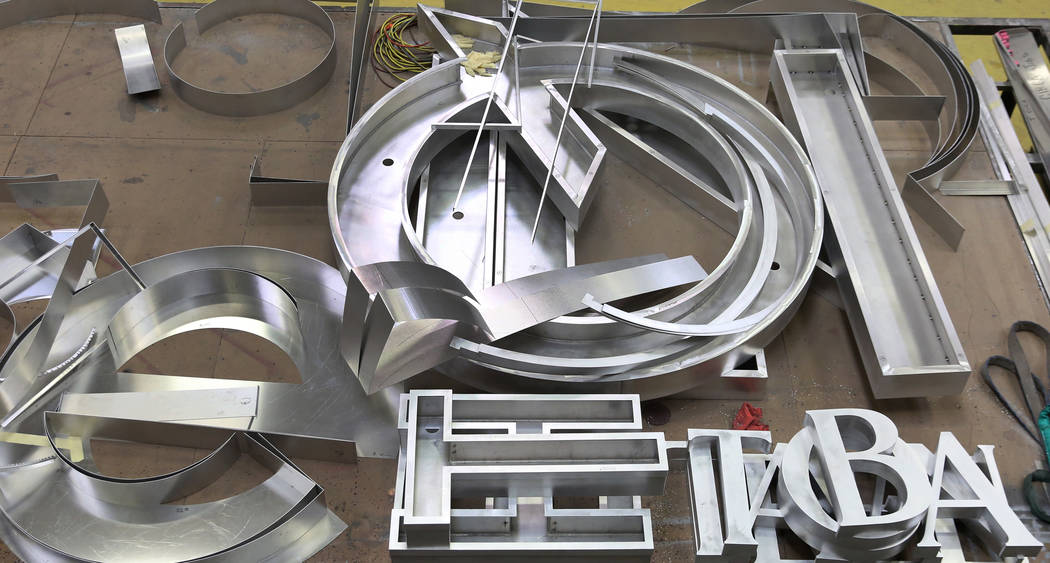 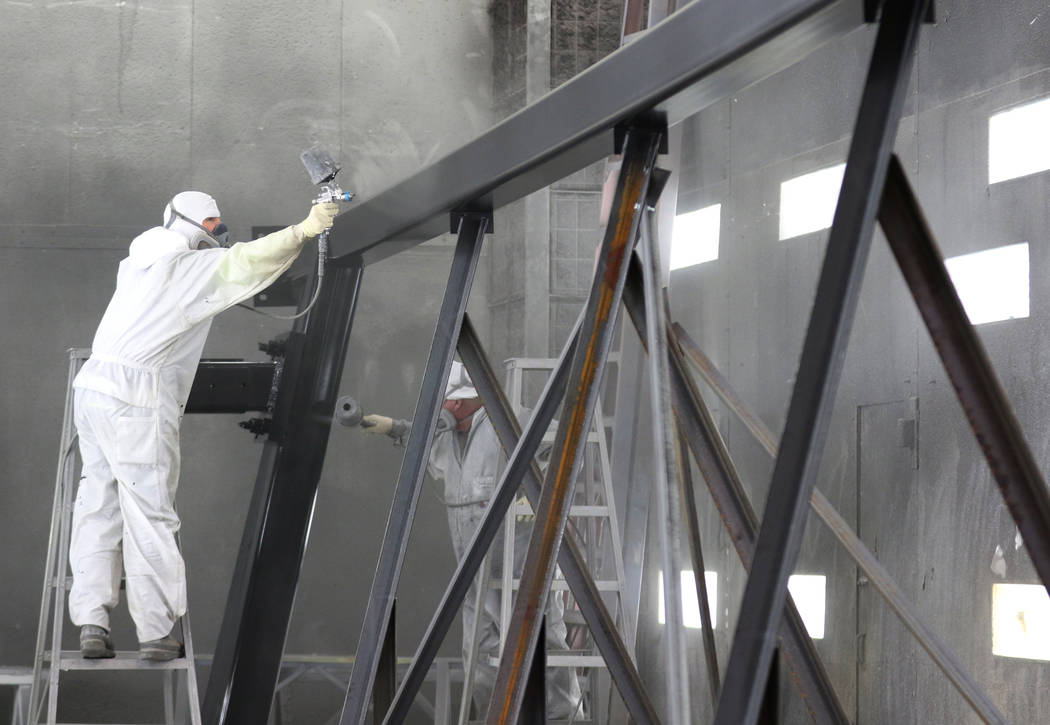 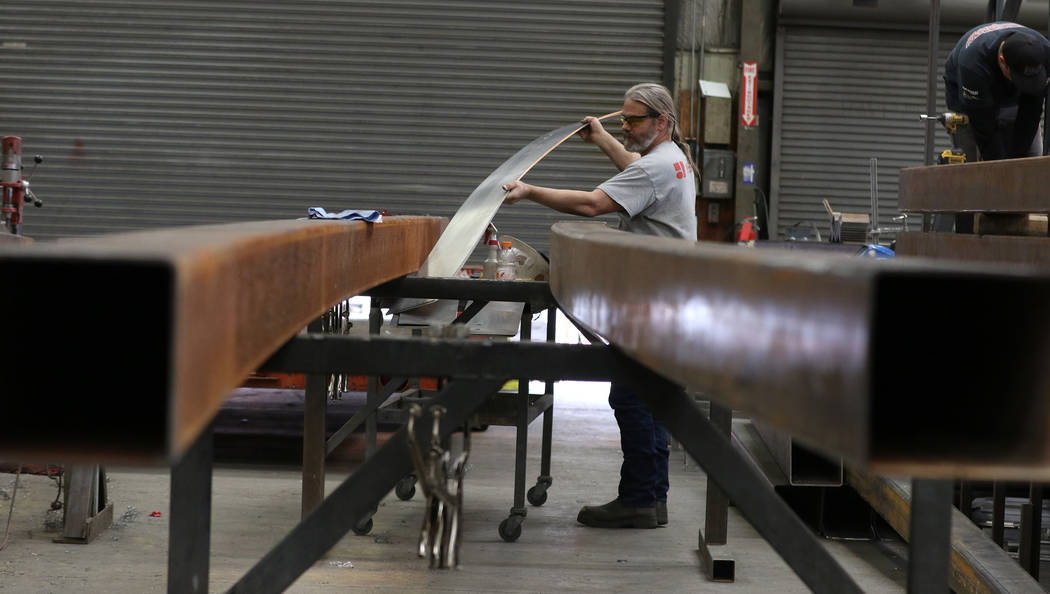 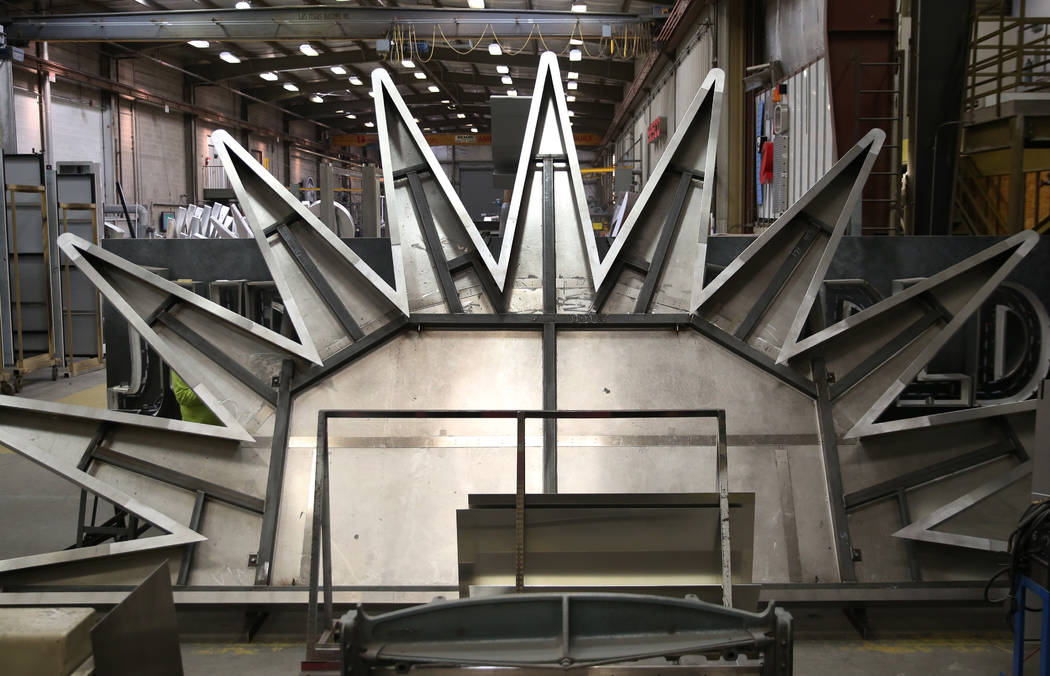 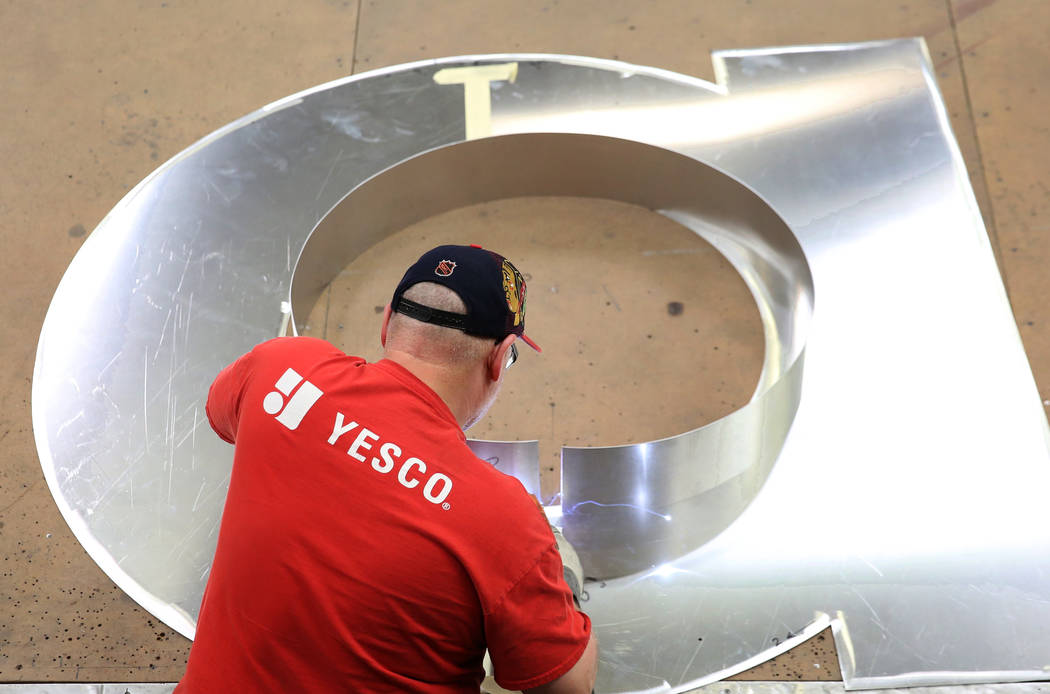 Over much of the past century, sign maker Yesco has been part of just about every large resort project in Las Vegas.

Now, the Salt Lake City-based company is readying the pieces of what will be one of its most impactful projects.

Yesco, or Young Electric Sign Co., is responsible for creating hundreds of signs of all types and sizes for the 1.75-million-square-foot Allegiant Stadium, including letters and logos, wayfinding signs and 48 animated video boards.

Clark County documents revealed there will be around 650 signs at the $2 billion stadium.

“It’s hundreds on hundreds (of signs),” said Jeffrey Young, senior vice president and chief marketing officer for Yesco, whose largest production facility is in Las Vegas. “The largest are thousands of feet in square feet and then the smallest of which you can physically hold in your own hand.”

The sign plan was approved in November after a pair of delays tied to a Federal Aviation Administration review. One of the signs will sit 185 feet above sea level, the plans revealed.

The largest video board will be 180 feet along the stadium frontage facing Interstate 15 and Dean Martin Drive. The sign will cover 18,000 square feet, about one-third the size of a football field.

“It’s going to be fantastic,” Young said. “The scale of it is phenomenal, it’s right online with any of the large projects that you see in Las Vegas. It’s also extremely elegant, and it fits in with the architecture and design intent for what’s happening there.”

Scattered about the grounds of Yesco’s 140,000-square-foot warehouse in Las Vegas, the largest of its 100 locations nationwide, are several individual letters and Allegiant sun-shaped logos that will be attached to the exterior of the stadium.

“We’ve been under contract for quite a few months, and much of what you see around me (sign parts) is heading to the stadium,” Young said. “We’re excited to be here in the middle of it and watch this project come together.”

Throughout its history, Yesco has had a hand in many of the iconic signs around Las Vegas, including Vegas Vic. During the “Golden Age of Neon,” Yesco designers created a steady stream of displays at the Dunes, Sahara, Tropicana, El Morocco and Circus Circus, according to the company’s website. The company went on to install the Sahara’s 222½-foot free-standing sign and one of the first computerized four-color message centers at Caesars Palace in 1984.

The company also owns the “Welcome to Fabulous Las Vegas” sign, which was built by Western Neon and later acquired by Yesco.

Still, the stadium project ranks right up there with the best of the best, Young said.

“We’ve been involved in projects from the ’20s, ’30s and of course the booming ’40s; it’s hard to pick a favorite project,” he said. “But I tell you, the Raiders stadium and having the Raiders here in town is one of those things everyone is going to look back on and say, ‘Where were you when this happened?’”

Yesco is also contracted to install the signs at the Raiders’ Intermountain Healthcare Performance Center and team office in Henderson, with several of those signs also being worked on at the warehouse.

Of Yesco’s 1,000 workers across the U.S., the Las Vegas facility employs about 400 of them. The employees work on other signs aside from the stadium signage, including resort signs and theme park signs, among several other projects.

“A great deal of our attention has been put on this (stadium) project because of the tight timeline and the importance to get this project done on time,” Young said.

Raiders President Marc Badain said he couldn’t provide a timeline of when the first sign would be installed on the stadium because of the project’s many moving pieces.

“A lot of it has to do with sequencing of the different parts of the building,” Badain said. “There are parts of the building where they have to get inside the area where there will eventually be a piece of the ribbon and they may need to keep that space open so they can keep bringing in material through that opening.”

Young said everyone involved with the project is working toward it being finished by the July 31 completion date.

“By then pretty much everyone has to be done,” Young said. “In coordination with the contractors (Mortenson-McCarthy), the owners, we’re all working furiously, along with all the other trades, to make sure the stadium is ready for the big event.”