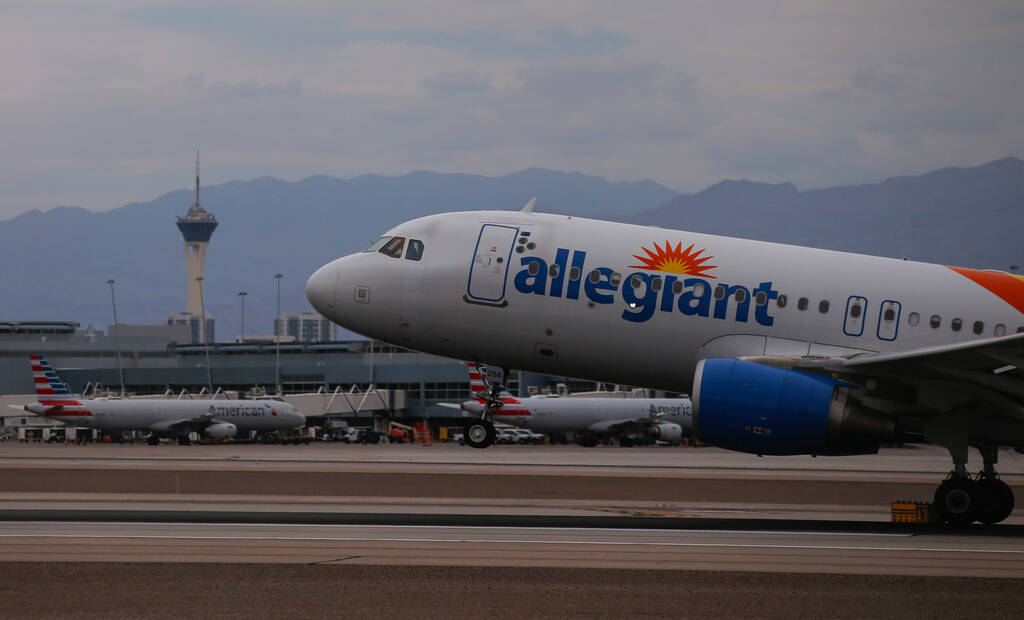 The flights run on Sundays, Mondays, Thursdays and Fridays with 10:27 a.m. departures to Provo and 11:33 a.m. return flights. Allegiant will fly twin-engine Airbus A320 jets on the route.

“We are beyond excited to launch service between Las Vegas and the heart of the Utah Valley,” Drew Wells, Allegiant’s senior vice president of revenue and planning, said in a news release. “Whether visitors plan to explore downtown or Utah’s breathtaking landscapes, Provo is conveniently located for a perfect weekend getaway. Allegiant’s unique brand of affordable, all-nonstop flights offers families the opportunity to fly more often to see friends or take vacations.”

To celebrate the launch, the air carrier also announced special introductory one-way fares as low as $33 on flights purchased by Saturday for travel between Saturday and Nov. 14. Optional baggage fees have a separate charge.

Allegiant first announced the addition of a flight between Las Vegas and Provo in May, as well as six other new nonstop routes.

It will be joined on the Provo route by a new competitor, Breeze Airways, which intends to have daily service beginning Oct. 5, using twin-engine Airbus A220 jets.