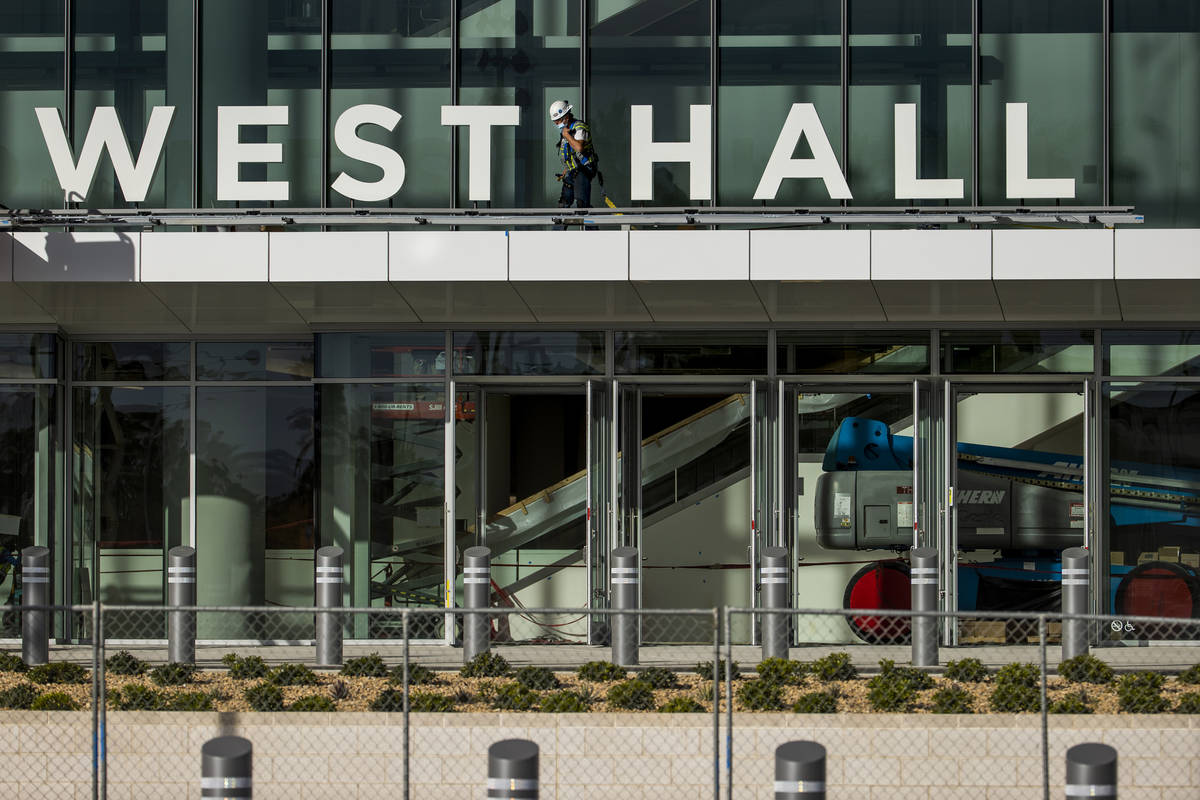 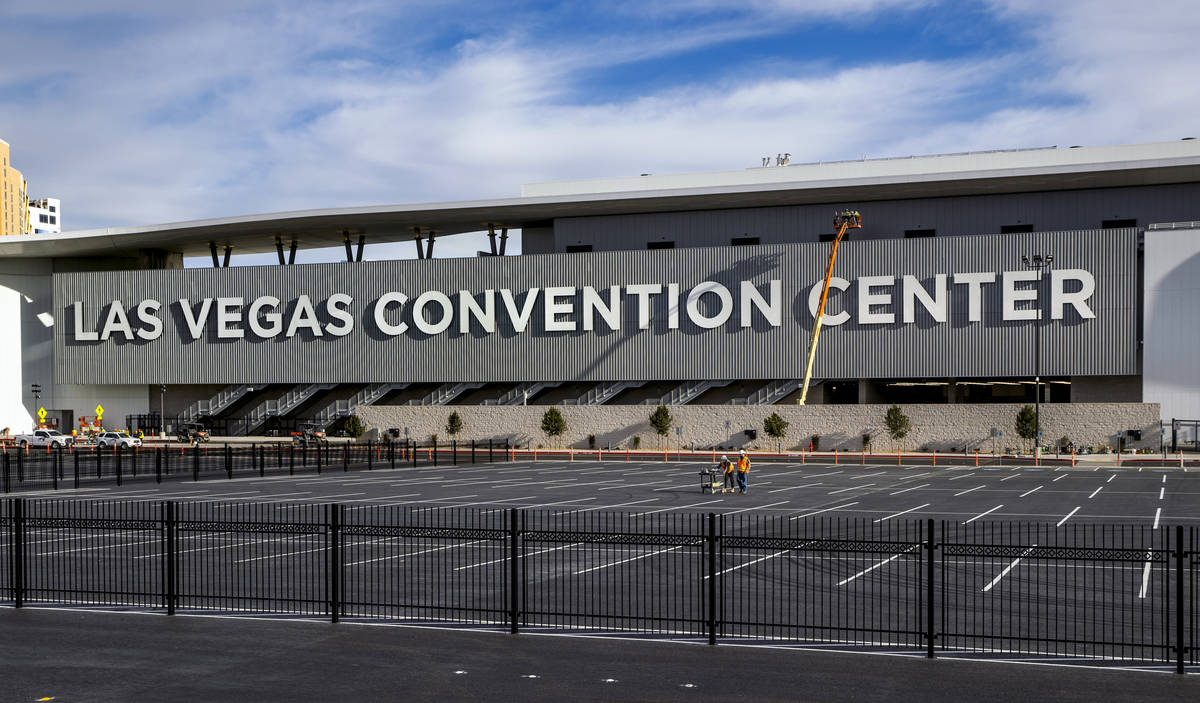 The lettering is now done on the side of the Las Vegas Convention Center West Hall on Wednesday, Dec. 9, 2020, in Las Vegas. (L.E. Baskow/Las Vegas Review-Journal) @Left_Eye_Images 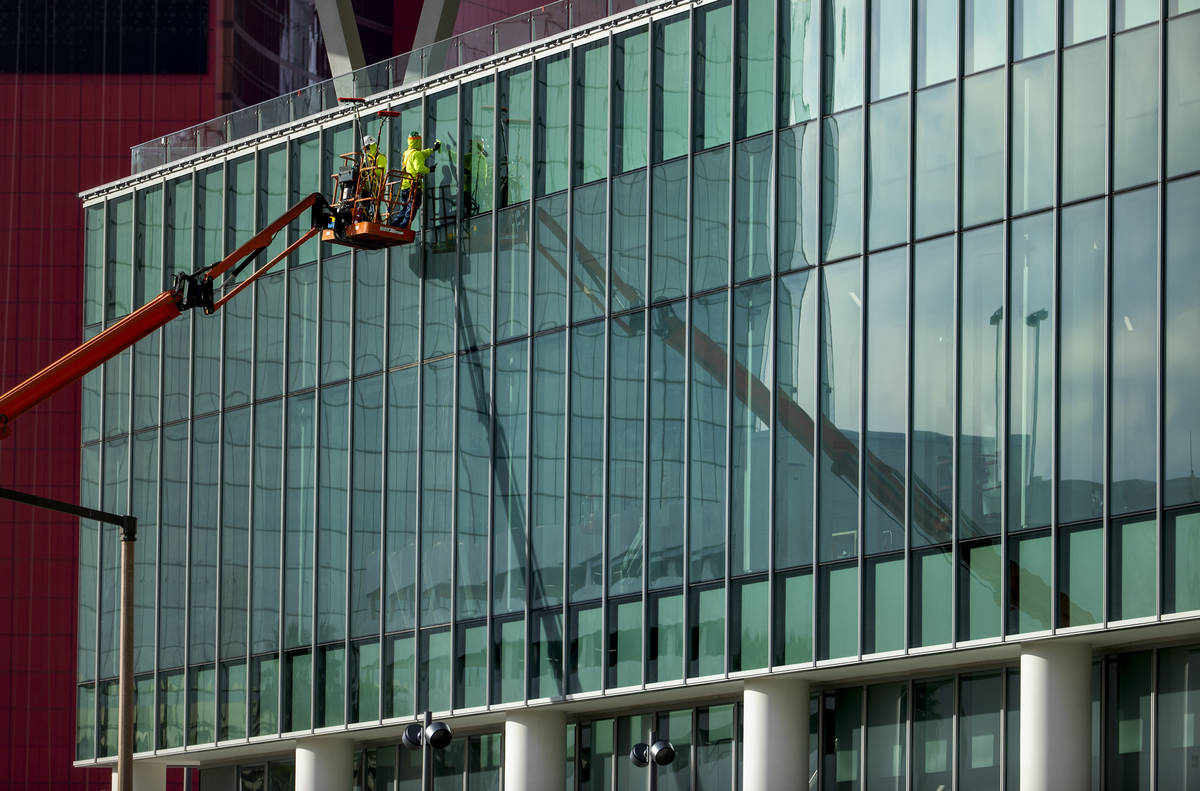 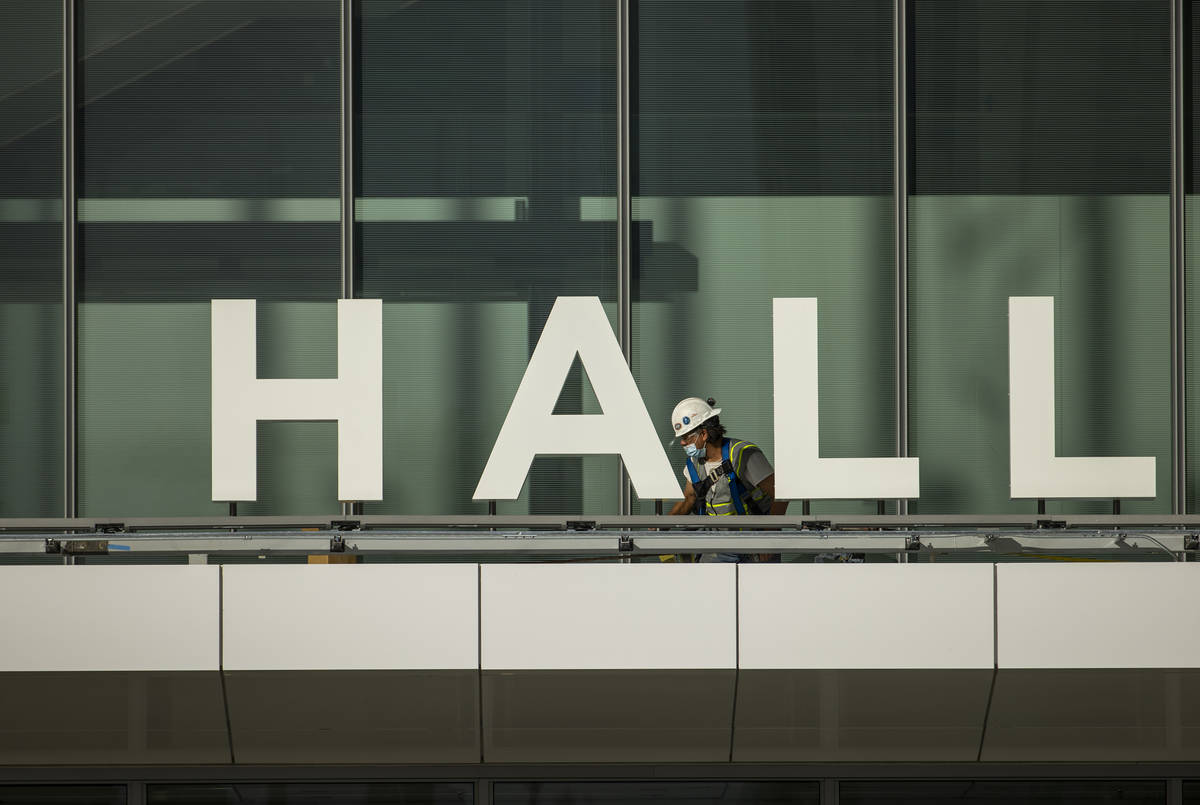 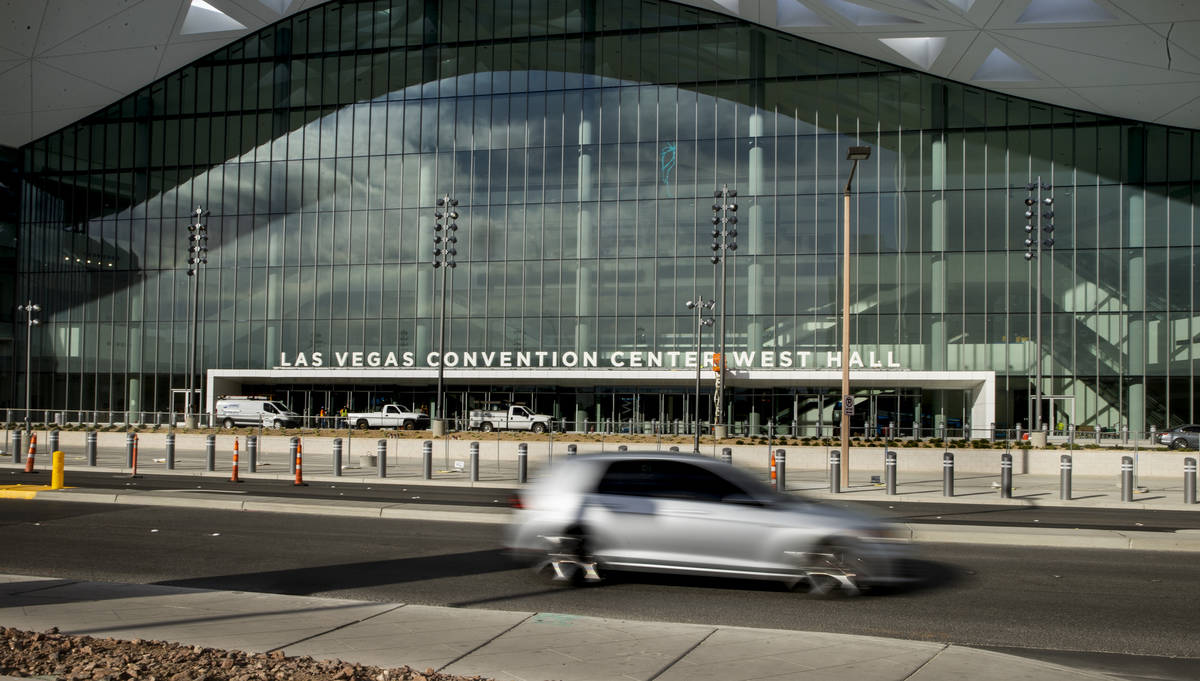 The LVCVA expects to get a temporary certificate of occupancy next week, taking possession of the building from the contractor.

The building is now 97.4 percent complete and LVCVA workers are training on the facility’s systems.

Since the LVCVA broke ground on the expansion on Sept. 24, 2018, it has targeted December to get into the building in time for CES, the massive consumer electronics show scheduled in January. But the sponsoring Consumer Technology Association announced July 28 that the Las Vegas show was canceled and the event was going to be transformed into an online event.

Now, the LVCVA will take possession of the building with no certainty of when it will be used. That means new expenses but no revenue.

At Tuesday’s LVCVA board meeting, a contract to add the West Hall to the LVCVA’s insurance policy was approved for $328,000 for Jan. 1 through Aug. 1. LVCVA President and CEO Steve Hill said utility bills and security expenses also will be taken on for the new building.

“We’re not quite as excited about (the new expenses) as hosting shows,” Hill told board members.

Yost said solar canopies are being installed at Stations 1 and 3 at the end points of the transit system. At Station 2, the completely underground midpoint of the system workers have installed the escalator and are completing an elevator.

The last of the communication and lighting checks are being completed in the tunnels. A Boring Co. photo from the tunnels was retweeted by Boring’s top executive, entrepreneur Elon Musk, and viewed by 1.1 million Twitter users.