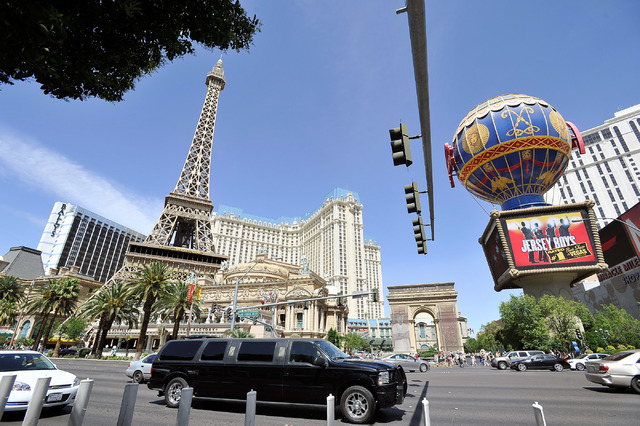 Tourists walk along the Strip in June. With two weeks left on the calendar experts are suggesting the visitation pace for Las Vegas in 2014 could end up with a total close to 41 million. (David Becker/Las Vegas Review-Journal File)

For the past two years, the Las Vegas Convention and Visitors Authority has said that it would attract a record-breaking 40 million tourists to Southern Nevada, toppling a record that has stood since 2012.

Everybody thought it would occur last year, but the total fell short of the 39.7 million recorded the year before.

This year, every monthly visitor volume total pointed toward the possibility of shattering the record.

And now, the agency that markets Las Vegas to the world says it has happened.

With two weeks left on the calendar and the outlook favorable for a robust New Year’s Eve holiday, experts are suggesting the visitation pace could end up with a total closer to 41 million.

“Las Vegas couldn’t have reached this milestone without the continued investments of our resort partners and the more than 40 million people who came to experience all the destination has to offer,” Rossi Ralenkotter, president and CEO of the authority, said in a statement.

The projection of the 40 millionth visitor to Las Vegas came within days of the renewal of Brand USA, a marketing program that promotes the United States to the world, by Congress, helping steer international visitors to the city.