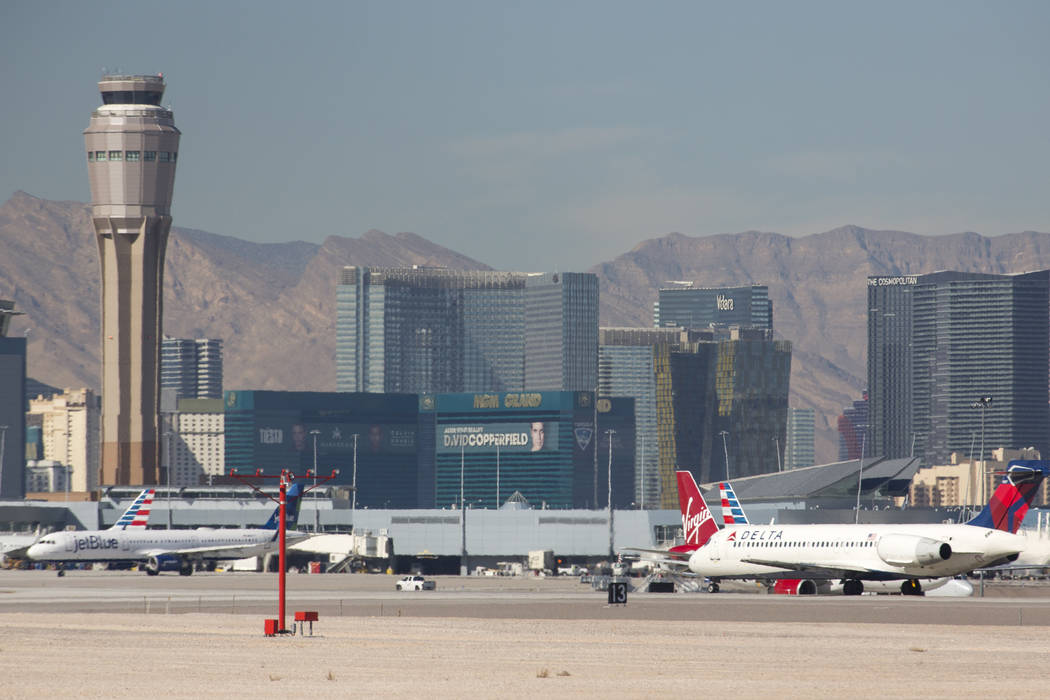 It’s still early, but the head of McCarran International Airport said she believes the airport could have another record-setting year.

“If the trends stay the same as today, I do believe we will see another record,” Vassiliadis told the Review-Journal this month. “We feel like we’re in a really good place.”

More airlines are adding seats to their planes, which means higher passenger counts, less legroom and, most likely, the same number of operations at McCarran, Vassiliadis said.

Additionally, a combination of hotel parking fees and projections that gas prices will continue rising through the summer travel season might push tourists to ditch their vehicles and fly into Las Vegas.

“Driving here at the last minute is more expensive with gas, traffic, parking fees and other elements that people have to put into the equation,” Vassiliadis said. “I think people are starting to do the math and realize it’s not worth their time in traffic and all the other add-ins of driving here, so they hop on a flight.”

Year-to-date, more than 11.64 million passengers have flown in or out of the airport during the first quarter of 2018, a 2.9 percent increase from the same period last year.

Among the airport’s five busiest carriers, small dips were reported by market-leader Southwest and American, while increases were logged by Delta, Spirit and United, according to the aviation department.

Korean Air was up 3.6 percent with 9,558 passengers. Chinese carrier Hainan reported a 47.1 percent leap in traffic with 4,488 passengers.

Mexican carrier Interjet reported a 4.7 percent increase to 12,678 passengers in March, while Aeromexico had an 18.2 percent drop to 12,369 passengers. Volaris reported a relatively flat .1 percent decline in March to 12,860 passengers.