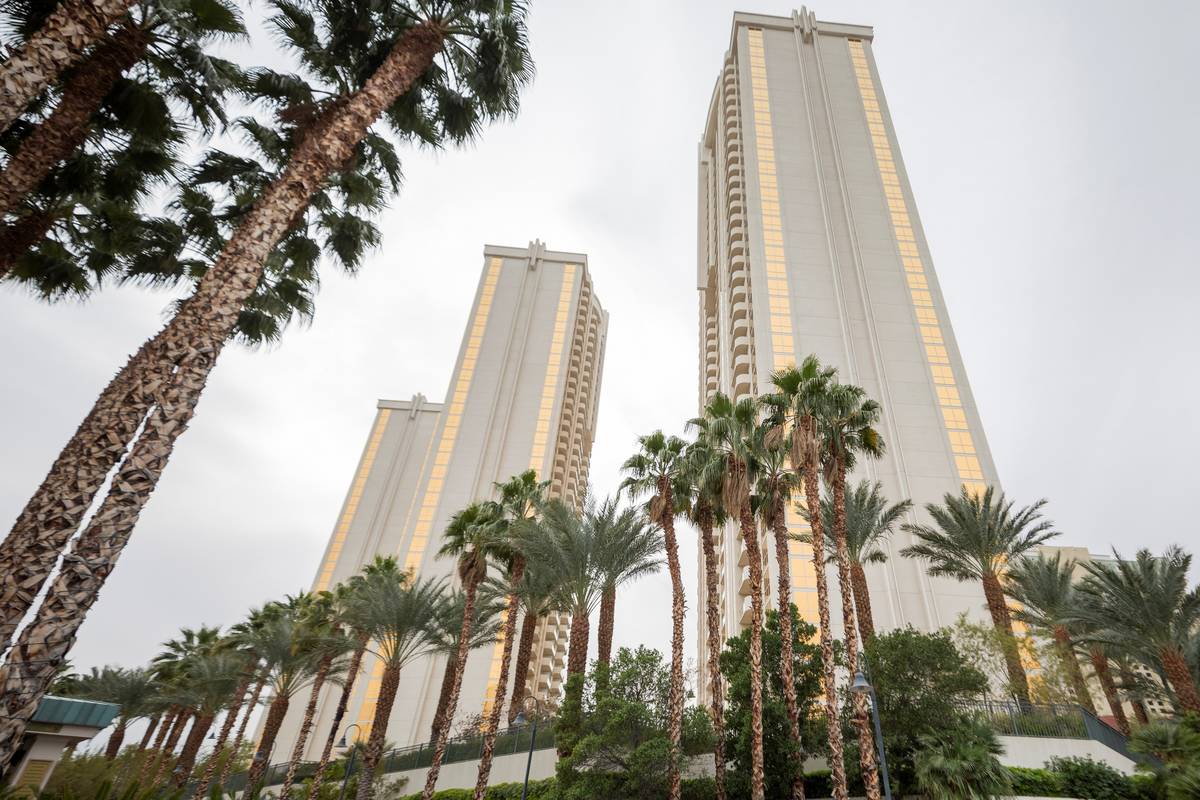 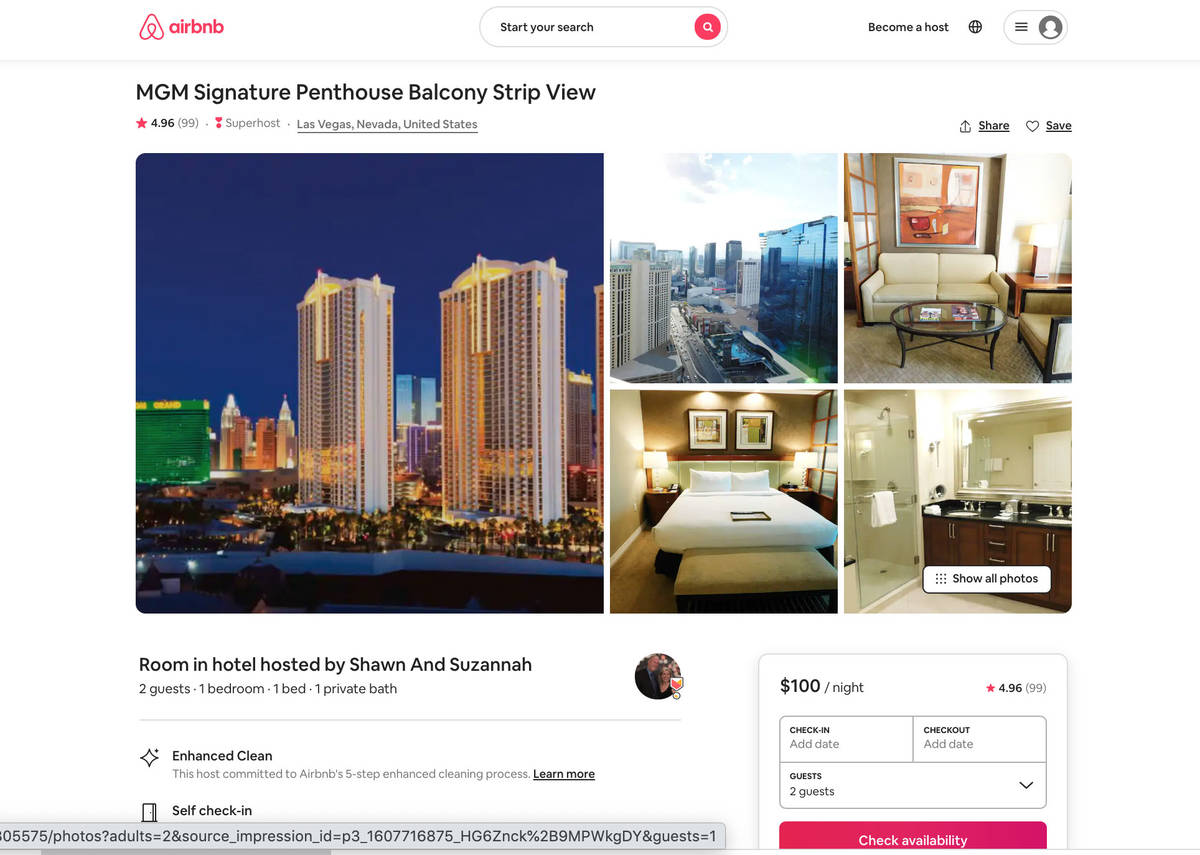 This screenshot from airbnb.com shows a unit available to rent in Las Vegas. (airbnb.com) 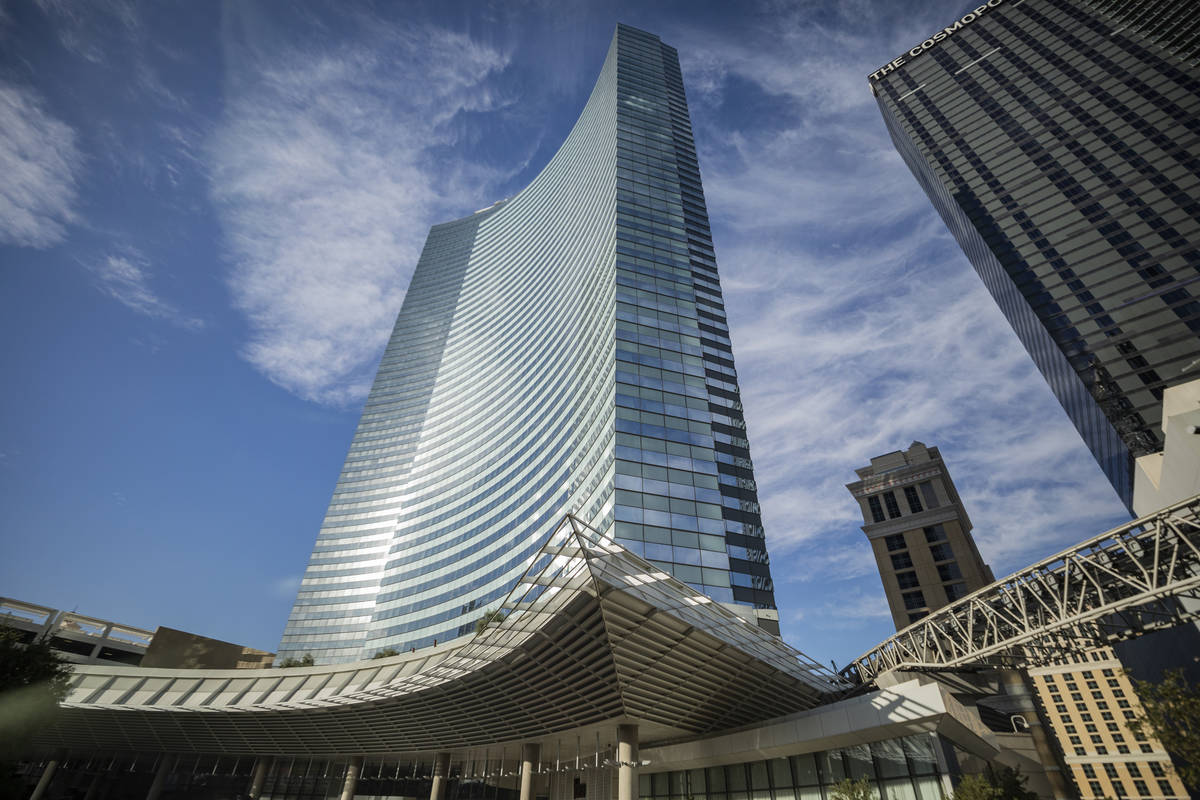 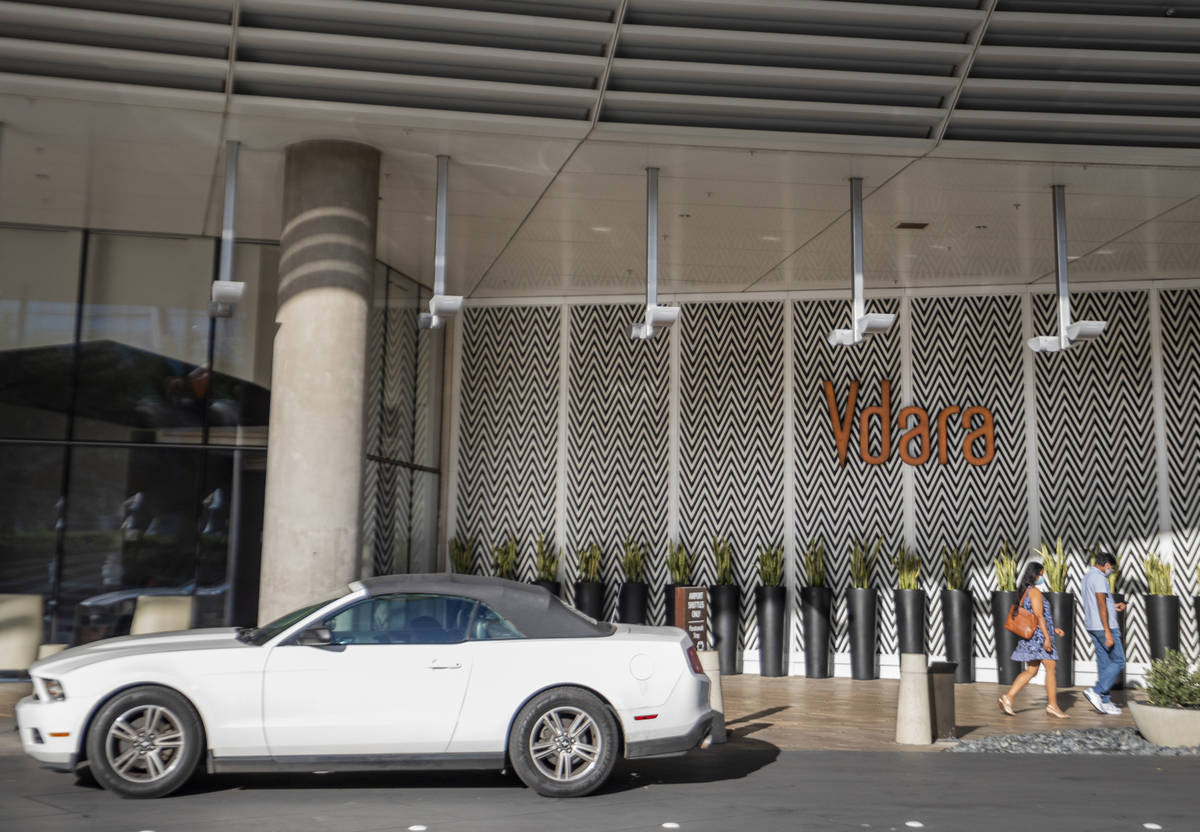 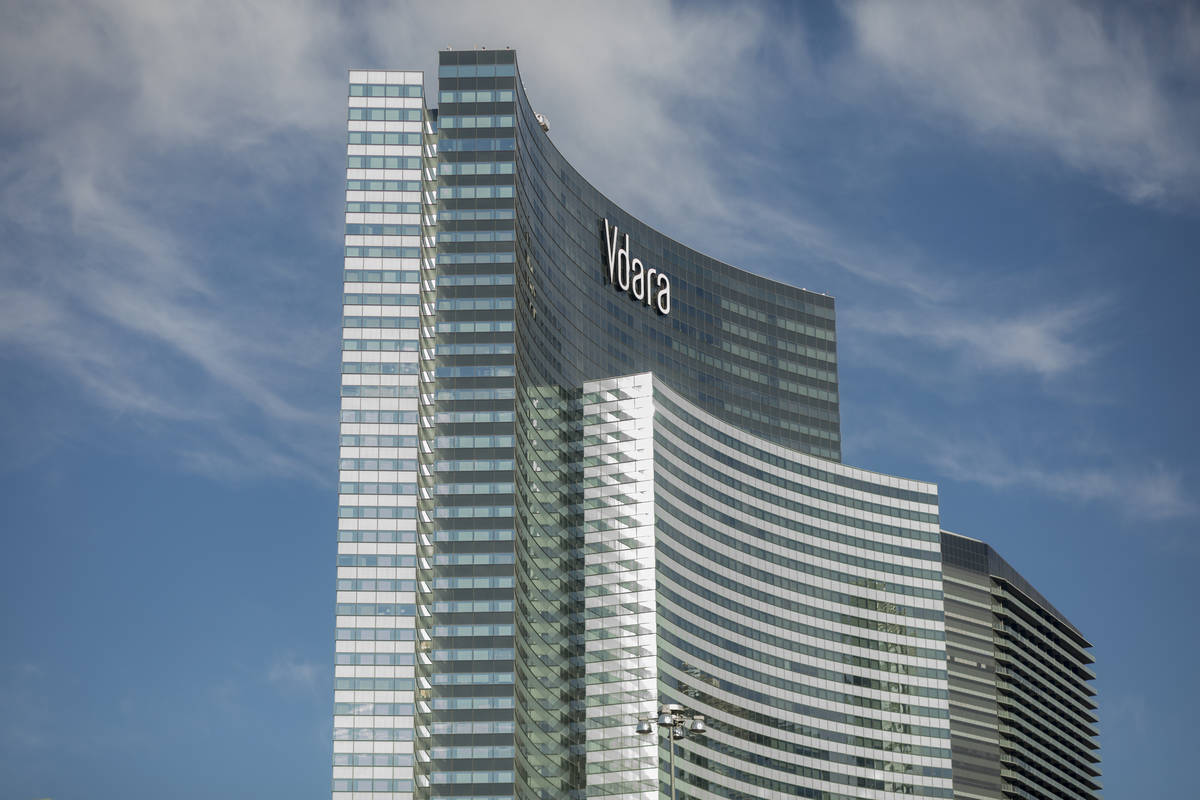 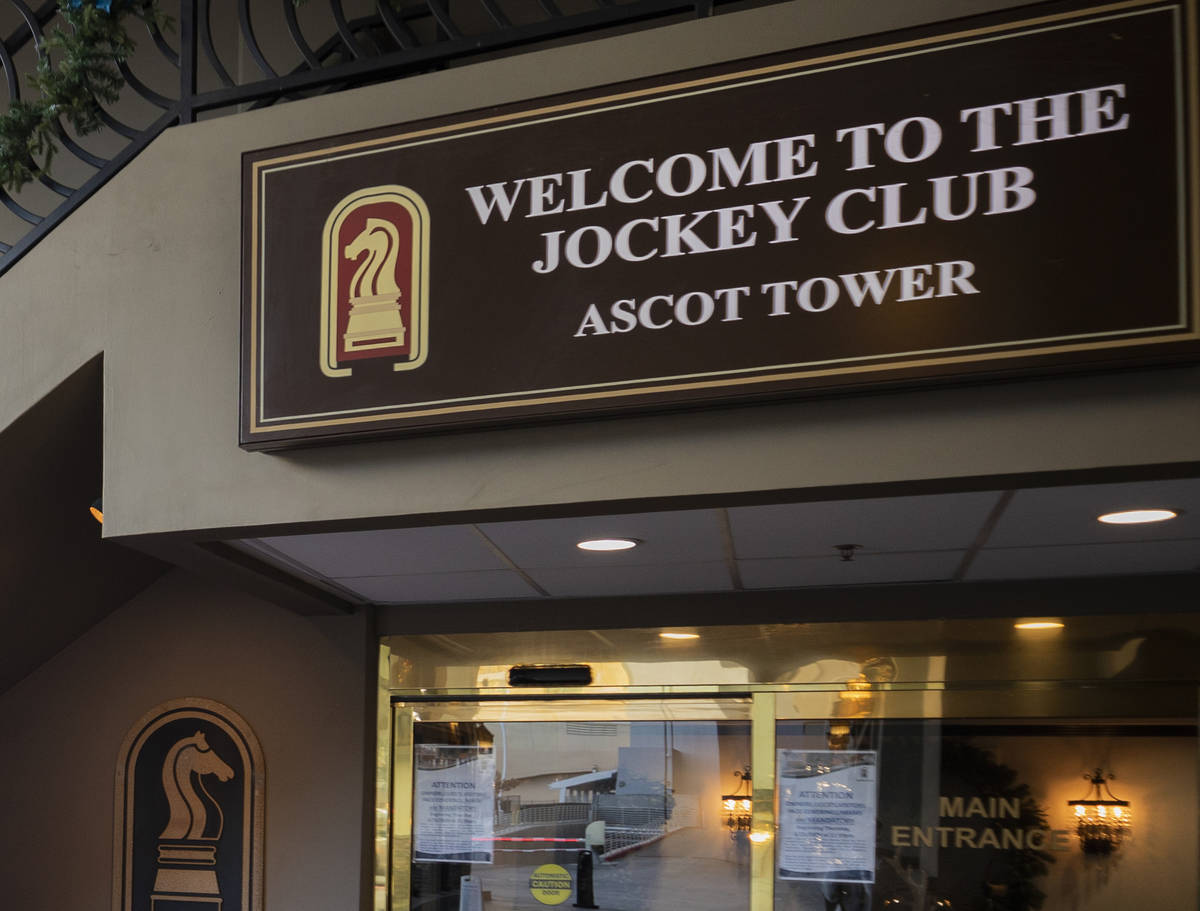 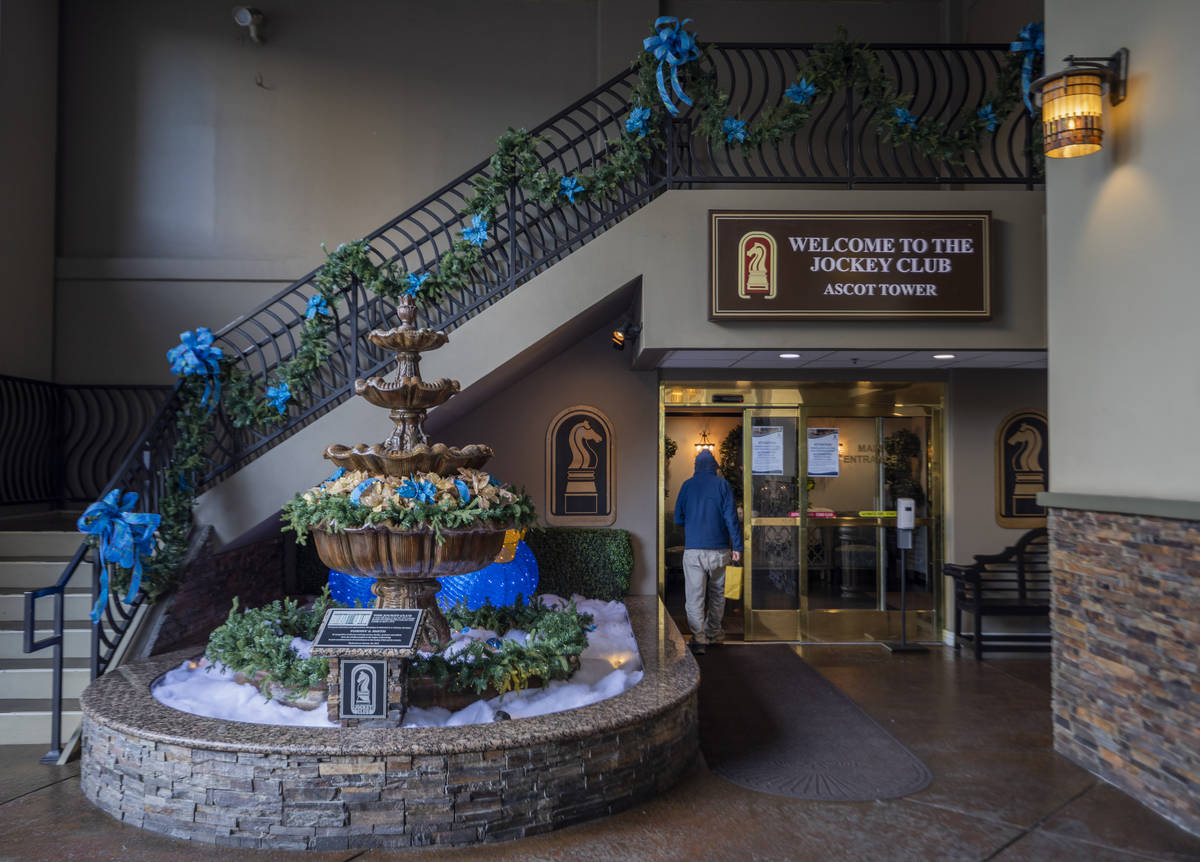 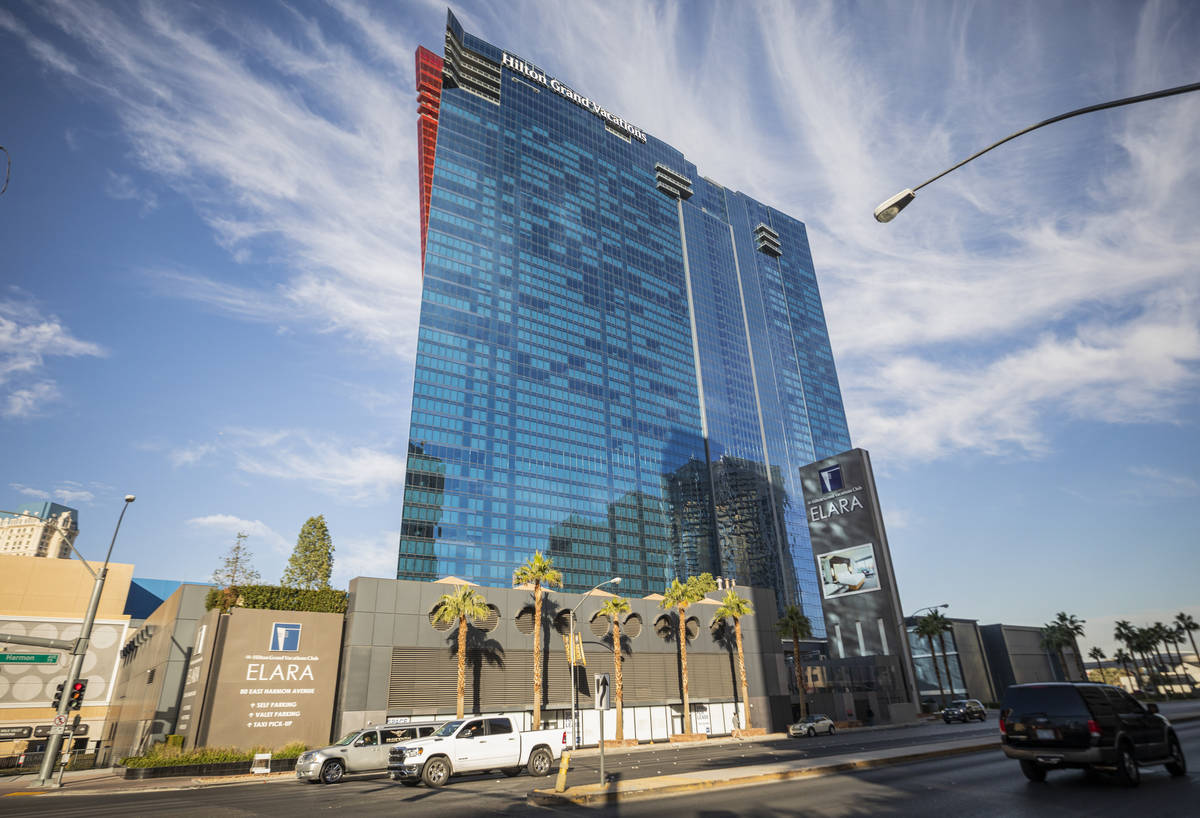 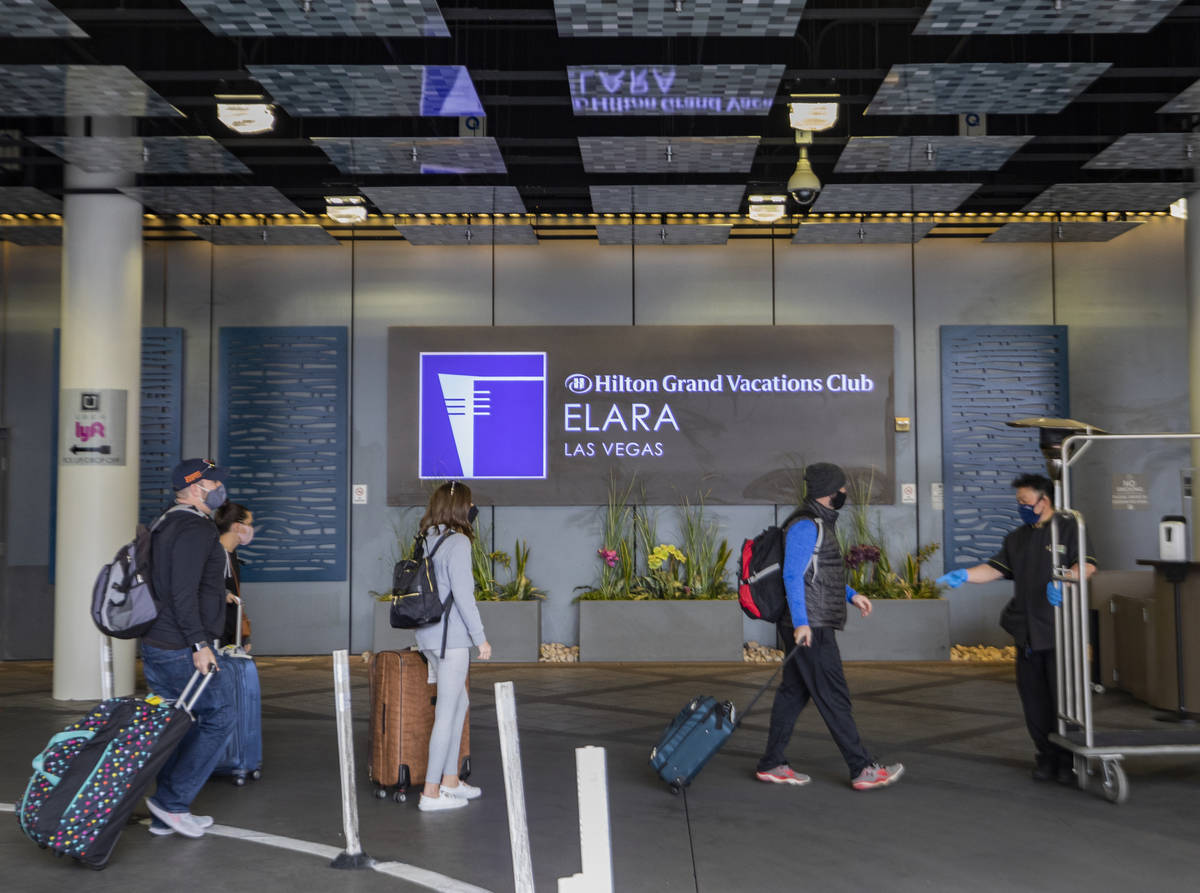 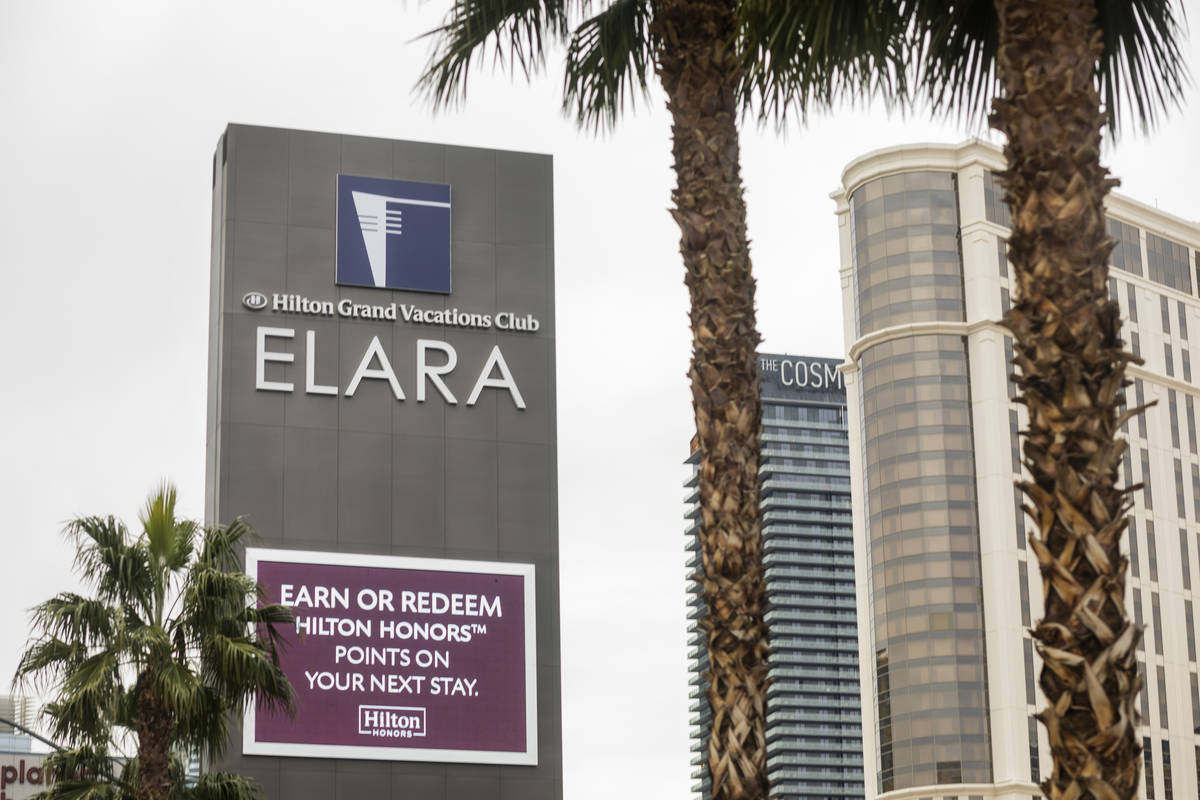 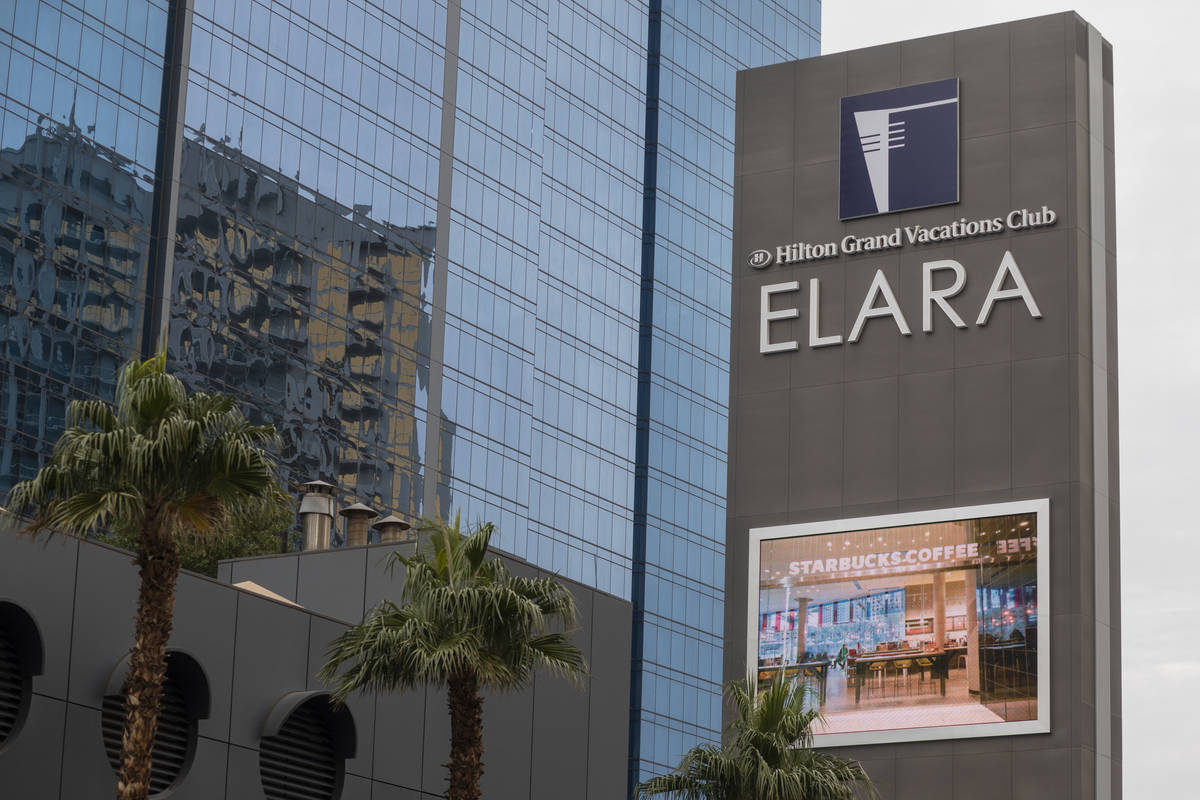 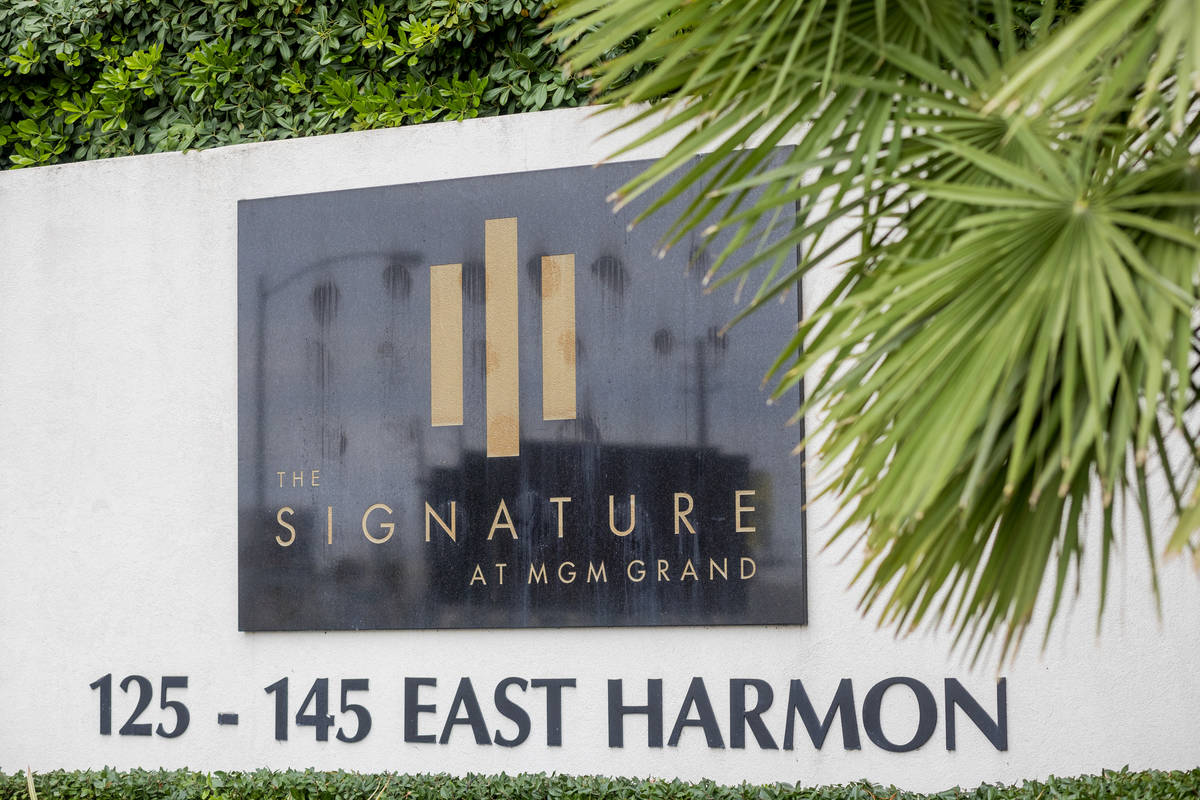 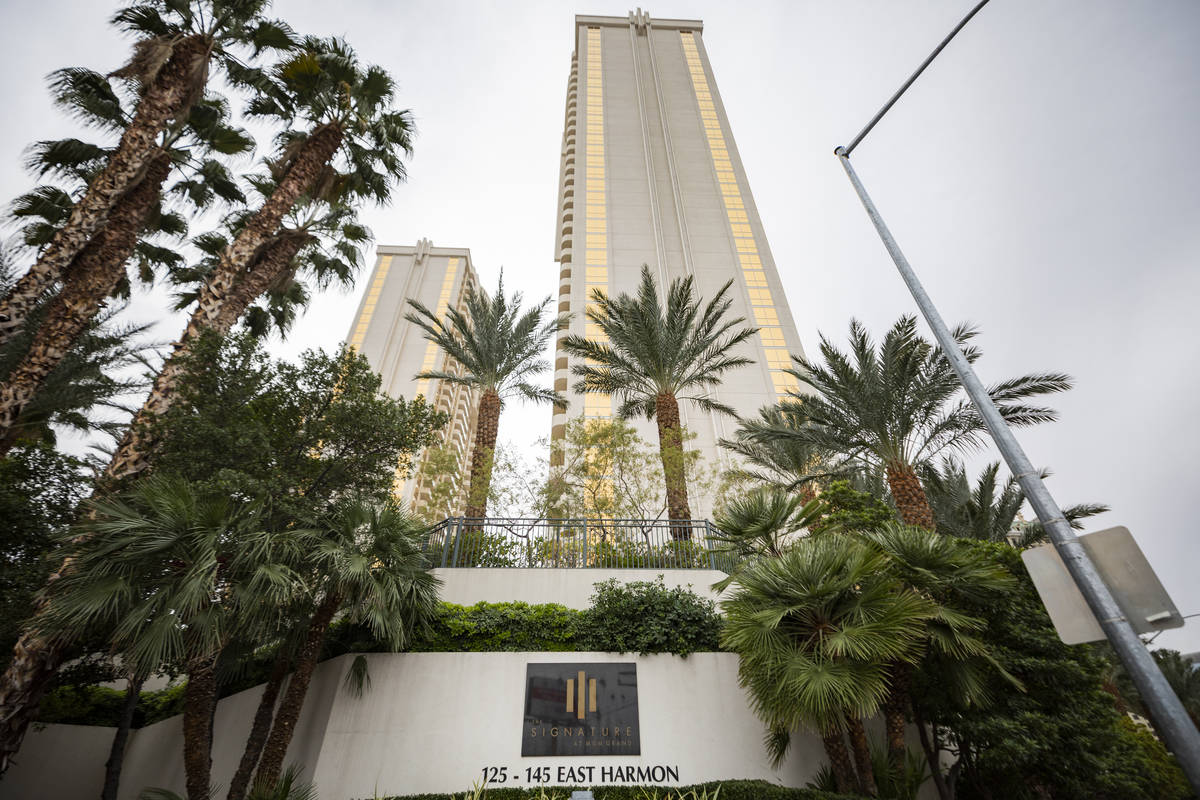 Condo or timeshare owners inside resort properties on and around the Strip are renting out their places on short-term rental sites like Airbnb and Vrbo. Their guests get many of the same amenities of a hotel stay in the resort corridor while avoiding some oft-maligned fees.

It’s technically allowed, despite Clark County’s rocky relationship with short-term rental providers. Some resorts are friendlier than others to the practice, even though the Strip has historically viewed house-sharing platforms as a rival.

“It’s been a thing, and it’s been a thing for a number of years,” according to Ted Newkirk, the founder of gaming and tourism tips website Access Vegas.

But private owners inside of a Strip property can legally rent out their units, as long as they maintain a business license to operate the short-term rental, according to county spokesman Erik Pappa. The county enforces the ordinance through complaints.

Each Strip property has its own rules on short-term rentals as well.

MGM Resorts International permits its condo owners at The Signature at MGM Grand and Vdara to rent out their places through a company program or independently, the company said in a statement. The company added that independent renters must maintain a Clark County business license and pay applicable taxes.

Westgate, while just east of the Strip, falls within the same set of county requirements that would permit short-term rentals. The property features “just over 200” timeshare units, said Gordon Prouty, vice president of public and community relations.

Yet, Westgate doesn’t offer a program for owners to rent out their timeshare units to third parties, and doing otherwise would violate property policies, he said.

“However, the Owner does have the ability to send family and friends as ‘Guests’ in the Owner’s place,” Prouty wrote in an email.

That didn’t stop someone from listing on Airbnb a boutique hotel room purportedly hosted by “Westgate Las Vegas Resort.” The ad highlighted a 400-square-foot room with a 60-inch TV, blackout curtains, an in-room safe and a mini-fridge.

“As in-the-heart as it gets, adjacent to the Las Vegas Convention Center and just a block off the strip,” the listing boasts. “Vegas-y in all the right ways, with a Benihana restaurant and the World’s Largest Race & Sports Book – plus a monorail stop right onsite.”

The listing remained up Friday. Its host didn’t return a request for comment.

Additional short-term rental listings advertised stays at timeshare resort Jockey Club and hotel-condo Palms Place. Representatives for each didn’t return requests for comment, nor did listed hosts for multiple short-term rentals at resorts on and around the Strip.

So, what’s the difference?

Guests will get many of the same amenities of a hotel stay as they would in a short-term rental stay.

“This is my personal condo that I live in when I’m in Vegas, but it has the feel of a hotel room,” reads an Airbnb advertisement for a man’s 540-square-foot Vdara suite, complete with a small kitchen, king-sized bed and living room. The listing notes several services available to guests, like pools, concierge, spas and fitness centers, though the COVID-19 pandemic may affect availability.

But the phrase most likely to grab people’s attention: No resort fees.

The Vdara listing advertises an all-inclusive price of $50 for a Tuesday stay, but upon a room availability check, the Airbnb listing tacks on $87 in cleaning and service fees for a $137 stay. A similar room for the same night booked through Vdara would cost $187.08, including a $120 room rate, a resort fee and taxes.

A Palms Place ad for a penthouse condo with a kitchenette, a balcony and a view of the Strip advertises a $99 room rate with no resort fees for a late-December stay. Booking a similar room on the same date through the hotel website costs $219 per night with a $42.22 resort fee. Yet, the Airbnb ad also charges a $90 cleaning fee and a $27 service fee. Including taxes, the Airbnb room costs $241 and the hotel room costs $292.52.

‘Wouldn’t want to give an inch’

It’s possible to own a room inside of a hotel thanks to a short-lived trend in the 2000s.

Many of the Strip or Strip-adjacent listings are relics of a bygone era: condos or timeshares in properties built during a condo boom during the mid- to late aughts, like Trump Tower, Elara and the CityCenter campus.

The Great Recession spelled the boom’s end and prompted some properties like The Cosmopolitan of Las Vegas, previously planned as a condo property, to pivot toward hotel operations, according to UNLV hospitality professor Mehmet Erdem. At the time, he said, short-term rental providers didn’t pose the same threat of competition to resorts as they do now.

“In an ideal world they obviously wouldn’t want to give an inch to Airbnb,” Erdem said.

A report by Telsey Group Advisory found Strip resorts may have lost out on as much as $150 million in revenue in 2018 as more visitors to Las Vegas book accommodations through Airbnb.

The president of an advocacy group for the state’s resorts said the group is “monitoring the issue” of short-term rentals.

“Overall, strong enforcement measures are critical to effective regulations as is an equitable playing field that regulates and taxes these properties similarly to other highly regulated public accommodation facilities,” Nevada Resort Association President Virginia Valentine said in a written statement.

Still, it’s not clear why a company like MGM would allow a resident to essentially run their own hospitality business. A company representative deferred questions to associated homeowner’s associations. Messages left at resident service desks for Palms Place, The Signature and Vdara weren’t returned.

Newkirk said a typical short-term rental guest is unlikely to throw money at the slots or “go and rack up a $300 Wolfgang Puck deal.” However, he said, some luxury resorts may put up with short-term rental guests inside their buildings because they’re willing to pay for a higher-end hotel in the first place.

“I can’t think it’s something they’re super happy about,” Newkirk said of the resorts, “if for nothing else, it’s competition, and now you have competition in your own building.”

In some respects, it might make sense for a hotel operator to quasi-collaborate with a competitor to make more money where it can, Erdem said.

MGM permitting private renting within their properties can still bring in revenue via food, beverage, shopping, gambling or other means, Erdem said.

And, listings on short-term rental platforms could also be free advertising.

MGM is a well-known brand, Erdem said, but it doesn’t have the advertising reach for its rooms in the same way a household brand like Airbnb does.

“In a way,” he said, “Airbnb is doing the job of selling the room for them.”

Condos and timeshares comprise just a fraction of the tens of thousands of rooms on the Strip, Erdem said. Fewer still are the private owners renting out their places.

Short-term rentals didn’t pose a significant enough threat to “topple the hotels” prior to the pandemic, and the same likely goes for a post-pandemic economy, Newkirk said.

“Still,” he said, “nobody likes competition.”