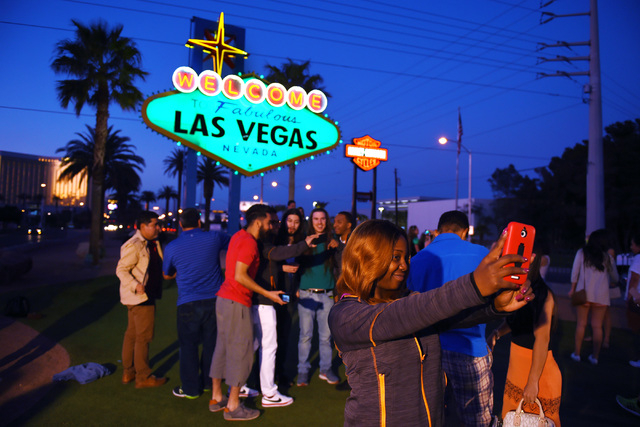 Southern Nevada’s tourism machine continues to churn on all cylinders with a 2.9 percent increase in visitors for March and double-digit percentage increases in several categories for the quarter, the Las Vegas Convention and Visitors Authority said Thursday.

The LVCVA counted 3.7 million visitors for the month and an astounding 97.5 percent occupancy rate on weekends in March.

Southern Nevada rode a 21.2 percent increase to 668,716 in convention attendance over March 2015 despite there being 4.1 percent fewer shows in town.

A mix of returning and rotating trade shows resulted in the high volume with the 41,000-delegate Healthcare Information and Management show returning to the city and annual Western Veterinary conference (14,900) and Nightclub & Bar Show (39,000) boosting the total.

Highway traffic was up, according to the Nevada Department of Transportation. The average number of vehicles per day on all major Southern Nevada highways was up 10 percent to 121,601. Of that, 47,339 vehicles per day were counted at the California-Nevada border on Interstate 15, a 9.8 percent increase.

The Department of Transportation acknowledges that the number of vehicles counted includes visitors and local residents.

For the quarter, many of the numbers are even more impressive.

Visitor volume is up 3.5 percent to 10.5 million compared with the first three months of 2015. The current quarter had an additional day on the calendar because of Leap Year.

The authority also monitors traffic in Laughlin and Mesquite.