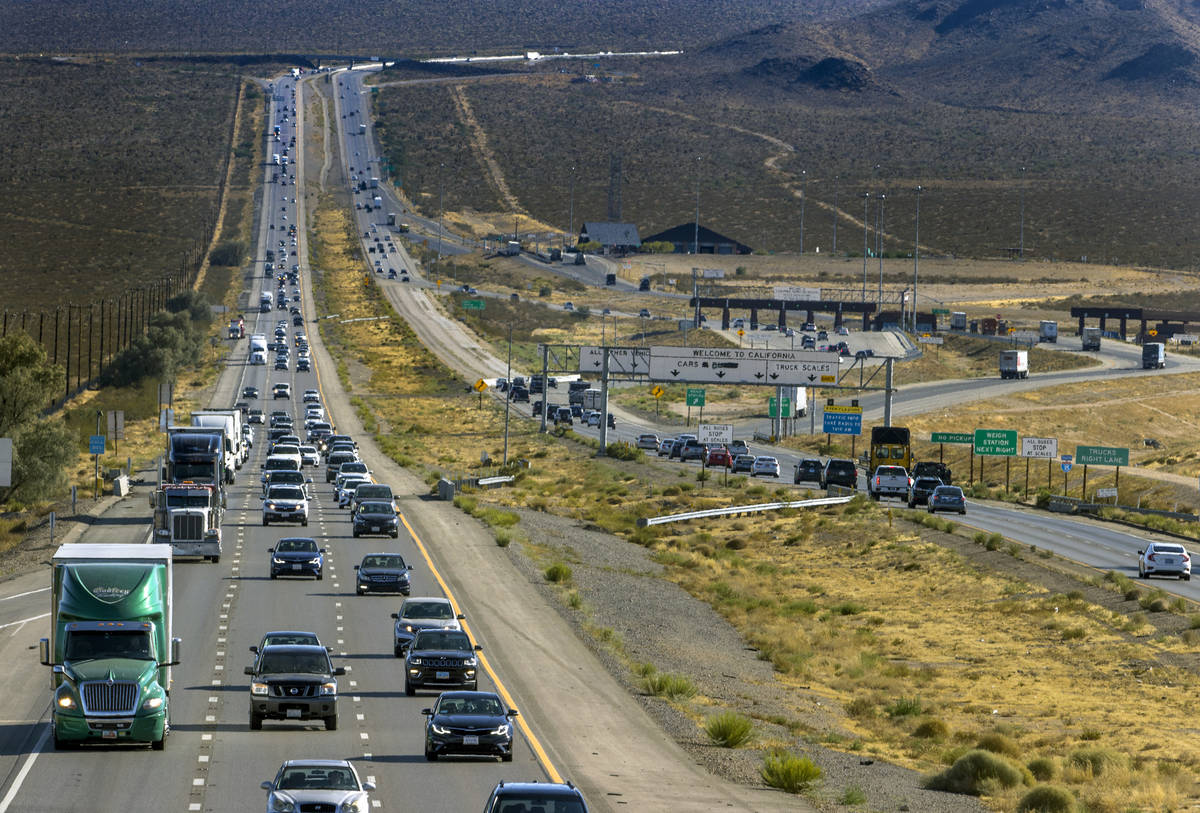 The majority of traveling Americans are expected to hit the road for their summer vacations, according to a recent survey from travel organizing app TripIt.

The survey found most Americans are opting to drive instead of fly for three popular summer travel dates: Memorial Day, the Fourth of July and Labor Day. Despite respondents’ caution around air travel, the report found that people are warming to the idea of flying in the second half of the year — a potential boon for tourism-reliant cities such as Las Vegas.

“Summer travelers plan to drive,” TripIt’s Tuesday report said. “For some, it might be the accessibility of their destination; for others, it might be the desire to avoid the crowds associated with flying over these particular weekends. Either way, Americans are inspired to travel in new ways — and that may be here to stay.”

The December survey found a whopping 94 percent of survey respondents said they planned to travel this year, but the respondent pool was limited to 3,200 American TripIt users.

Nearly three-fourths of those respondents said they planned to travel for vacation. Another 53 percent plan to travel to visit family or friends, while another 43 percent say they plan to take a business trip.

The findings are similar to other reports that also found a majority of Americans are ready to travel this year: The American Hotels & Lodging Association found that 56 percent of consumers say they expect to travel for leisure in 2021, roughly the same amount as in an average year.

Comfort levels around planes in June are up compared to March, when only only 33 percent said they’d be OK with a domestic flight and 14 percent with international flights. The report found that Americans’ willingness to take to the skies should continue to pick up throughout the year.

“It looks more likely that those trips via plane will happen later in the fall or winter,” the report said.

In the near term, road trips are dominating summer travel plans, with cars backing 64 percent of Memorial Day vacations, 64 percent for Fourth of July trips and 61 percent for Labor Day trips.

The vaccine’s role in recovery

Vaccines are one way to build up travelers’ confidence. Nearly three-in-five surveyed said news about the vaccines’ progress made them more likely to book travel. Health and safety procedures at airports also ease concerns, according to respondents.

“(Survey participants) told us that vaccines and airlines and airports having procedures in place to reduce infection spread were their top needs to feel comfortable flying,” the report said. “However, while vaccine efficacy and approval has given travelers a boost in confidence, we know that for many it will ultimately come down to shots in arms.”

About 35 percent of travelers said they would wait to fly again until they get vaccinated, according to the report. According to data from the Centers for Disease Control and Prevention, about 15 percent of American adults have been fully vaccinated as of Monday.