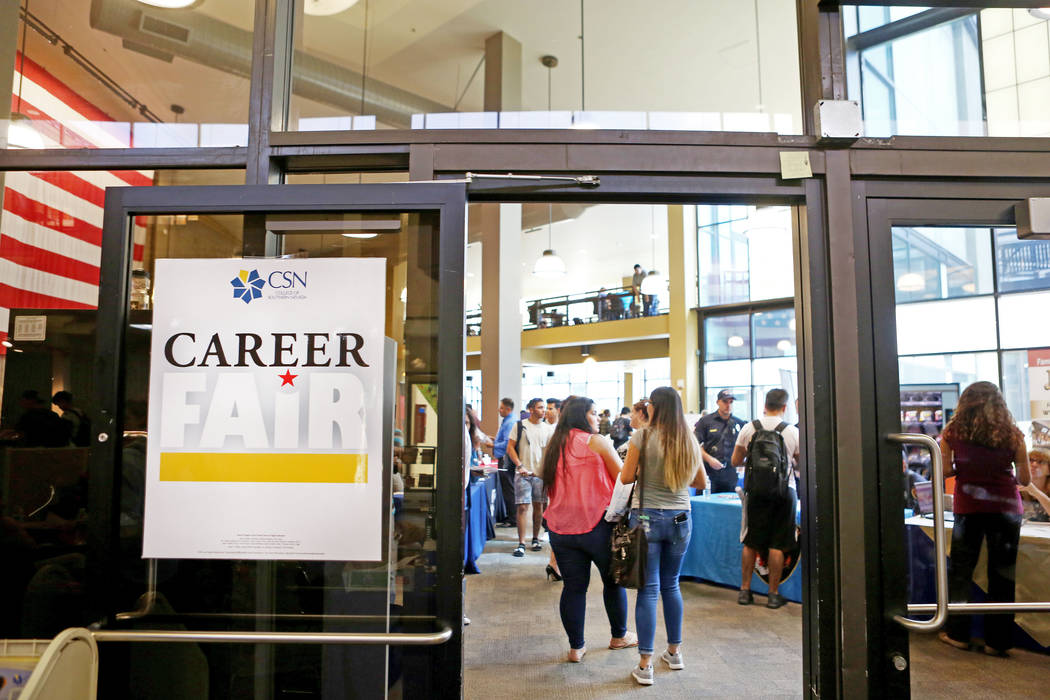 Unemployment has declined in the Las Vegas metro area month over month and year over year.

The area posted 5.2 percent unemployment, or 55,900 people looking for work compared to 1.01 million people with a job, according to a report from the state’s Department of Employment, Training and Rehabilitation.

Most of the jobs added came from industries that provide services, which saw an increase of 18,500 employees, a 2.1 percent increase.

Within the services sector, employment services saw the highest percent change in employment with 9.4 percent year over year, or 1,300 new employees.

In Clark County, half of employment came from small business, a little below the state average. Weekly wages in Clark County for the first quarter of this year averaged at $922, a 6.5 percent increase over 2016.

The state average was about the same. Weekly wages ranged from $690 in Lincoln County to $2,710 in Eureka County, due to the well-paying mining industry.