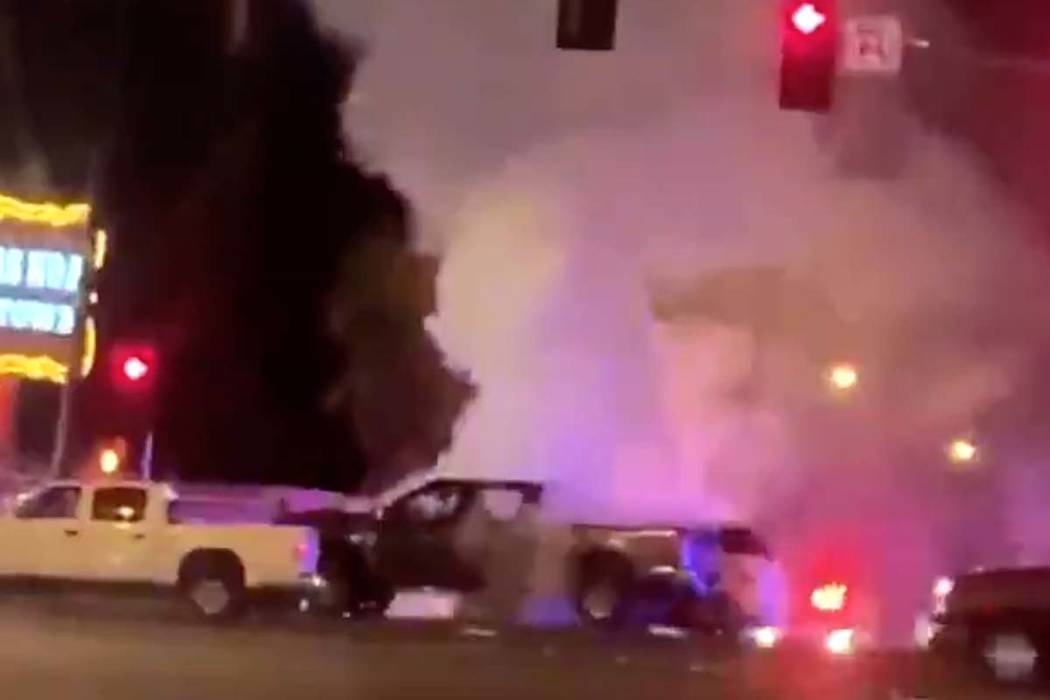 A crash Wednesday, Dec. 11, 2019, at Harmon Avenue and Boulder Highway resulted in two arrests, and a car and a truck on fire. (Brandon Luna Twitter)

Two people were taken into custody after a stolen vehicle was involved in a fiery crash Wednesday night, Las Vegas police said.

Officers were called about 7 p.m. to the crash at Harmon Avenue and Boulder Highway, Metropolitan Police Department Lt. Jose Hernandez said. The crash happened after officers attempted to stop a vehicle in the area, which sped away on Boulder Highway, colliding with two trucks.

When the car crashed with the second truck, both vehicles caught fire, Hernandez said. Investigators learned after the crash that the car had been reported stolen.

The two people taken into custody were hospitalized with minor injuries. No one else was hurt during the crash, Hernandez said.

Video of the crash’s aftermath posted to Twitter showed smoke erupting from cars at the intersection.

Further information about the crash was not immediately available.