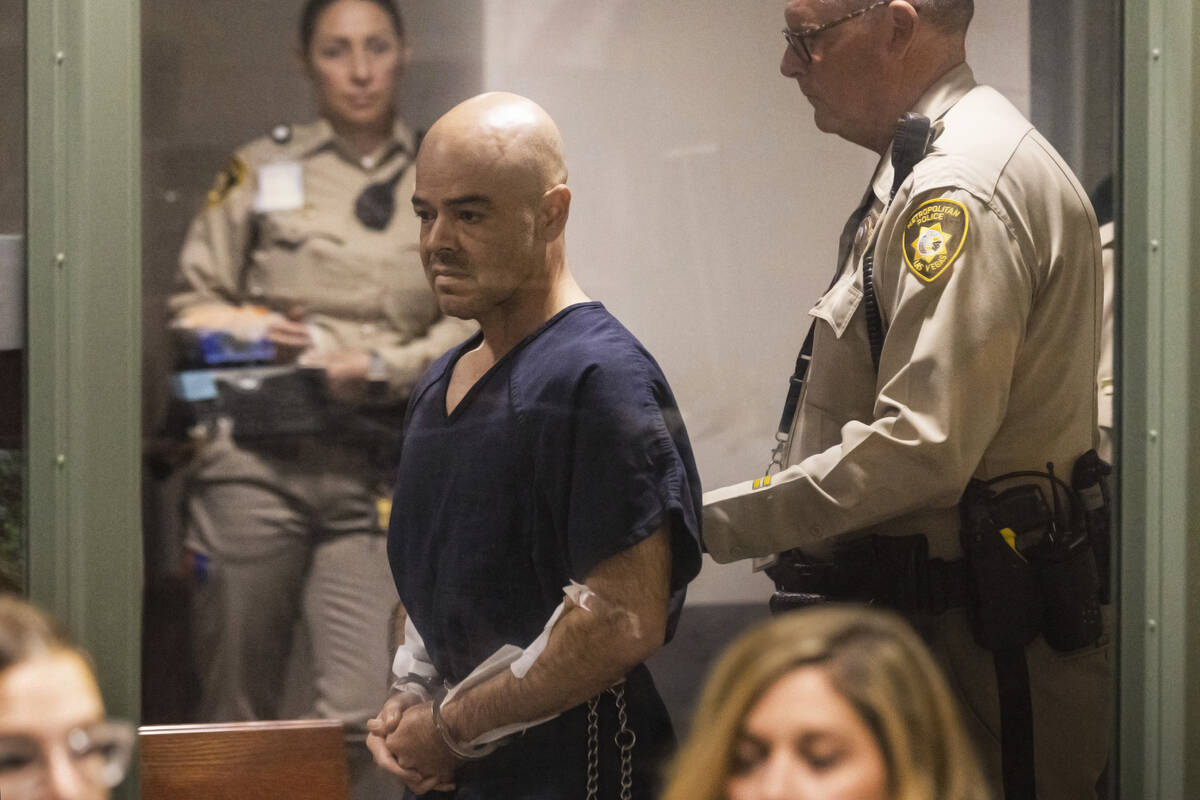 Clark County Public Administrator Robert Telles is led into the courtroom during his initial appearance at the Regional Justice Center on Thursday, Sept. 8, 2022, in Las Vegas. Telles was arrested on suspicion of murder in the stabbing death of Las Vegas Review-Journal investigative reporter Jeff German. (Bizuayehu Tesfaye/Las Vegas Review-Journal) @btesfaye 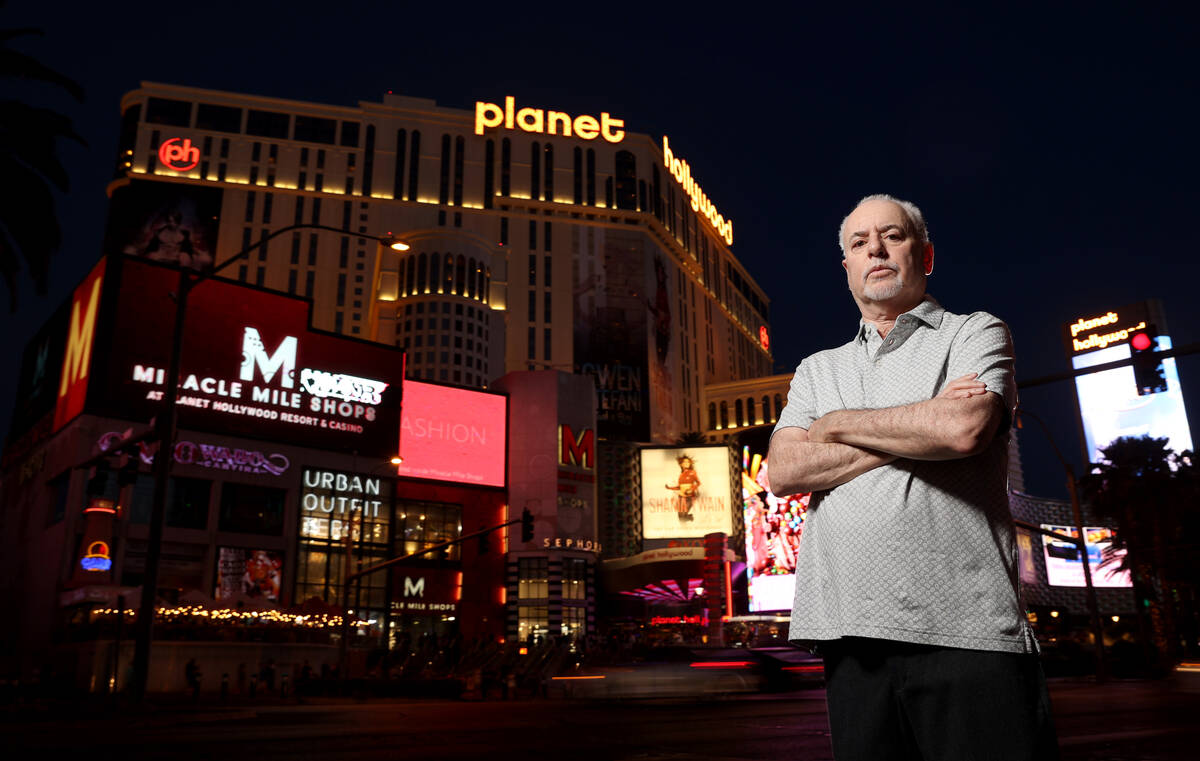 The criminal complaint — a document used to charge defendants — was filed on Monday. It shows that Telles faces a charge of murder with the following enhancements: use of a deadly weapon and victim being an older person.

Enhancements on criminal charges can result in longer sentences.

The one-page criminal complaint alleges that the killing was “willful, deliberate and premeditated,” “perpetrated by lying in wait for” German, and/or “perpetrated by abuse of an older person.”

It also alleges that German was stabbed with a knife.

Christopher Oram, a prominent Las Vegas criminal defense attorney who is not involved in Telles’ case, said prosecutors appear to be preparing to argue that Telles is guilty of first-degree murder.

If the case goes to trial and a jury rules that the killing was either “willful, deliberate and premeditated,” or that Telles was “lying in wait” for German, the jury could convict him of first-degree murder.

“These are the standards, the elements of first-degree murder,” Oram said after reviewing the criminal complaint.

“If you find him guilty of lying in wait, it’s automatically first-degree murder,” he said.

Telles, 45, was arrested in connection with German’s death on Wednesday evening, about 12 hours after police arrived at his west Las Vegas house to conduct a search. German was found dead at his home on the morning of Sept. 3, just under 24 hours after his killer was captured on video surveillance approaching his house.

Video showed German’s killer appearing to breach a pedestrian gate, according to the arrest report. Minutes later, German’s garage door opened, and he walked out to the west side of his property.

“German approached the pedestrian gate and was immediately attacked,” police wrote. “German fell to the ground and never got back up.”

German, 69, was found with seven sharp-force injuries to his torso, along with wounds to his arms and hands that appeared defensive, according to Telles’ arrest report. Telles’ DNA was consistent with DNA found under German’s fingernails, officials have said.

Wolfson called the evidence “compelling” when he spoke with reporters Thursday afternoon.

Justice of the Peace Elana Lee Graham ordered Telles to be held without bail during his initial court appearance Thursday afternoon. He is scheduled to appear in court again on Tuesday morning.

Telles’ defense attorney, Travis Shetler, has not replied to requests for comment.

Earlier this year, German reported a series of investigative stories about Telles’ workplace conduct. German was working on a potential follow-up story in the weeks before his death.

Telles, a Democrat, lost his re-election bid in the primary after German’s findings were published, but his term does not expire until the end of the year.

He has remained the public administrator, and it is unclear how he could be removed from office barring death, resignation or a voter-initiated recall. Clark County has said it is “reviewing its options under the law.”