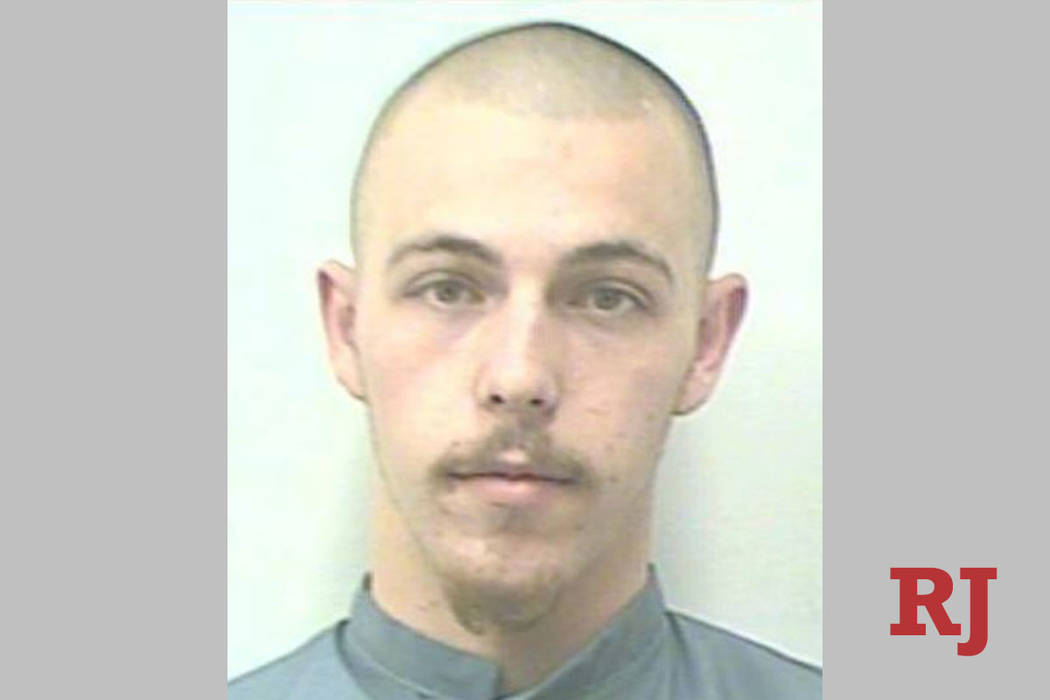 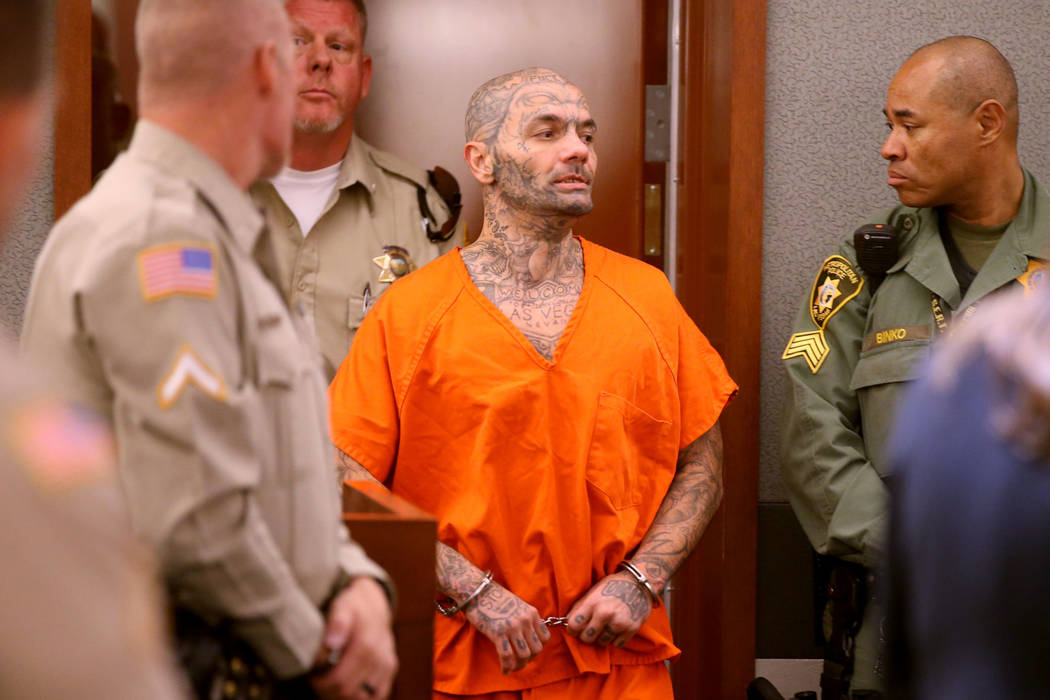 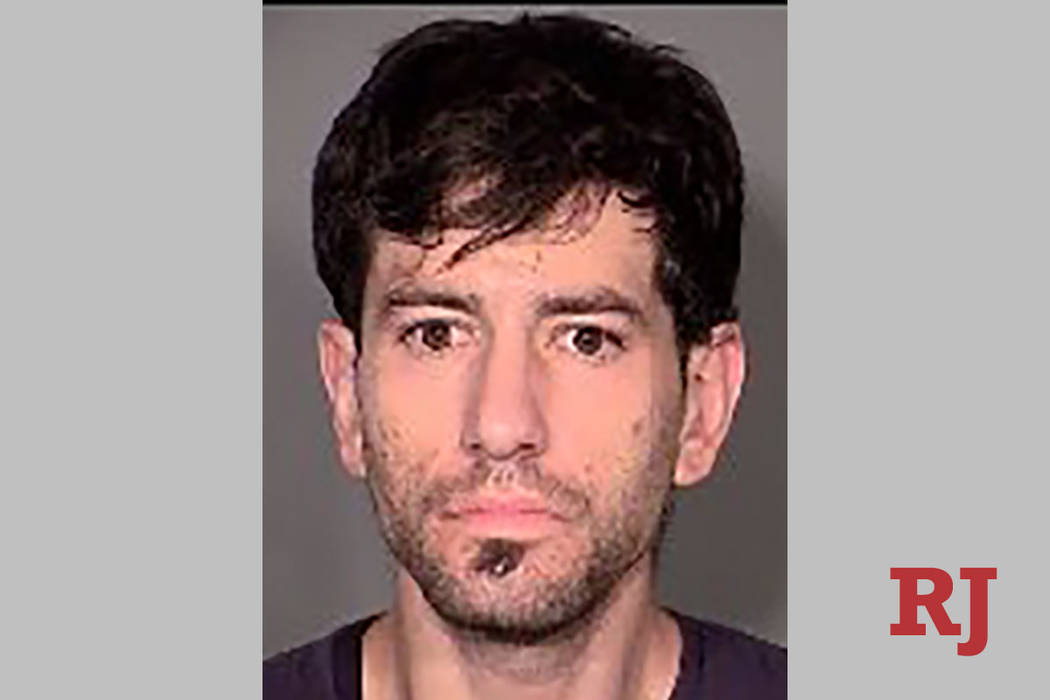 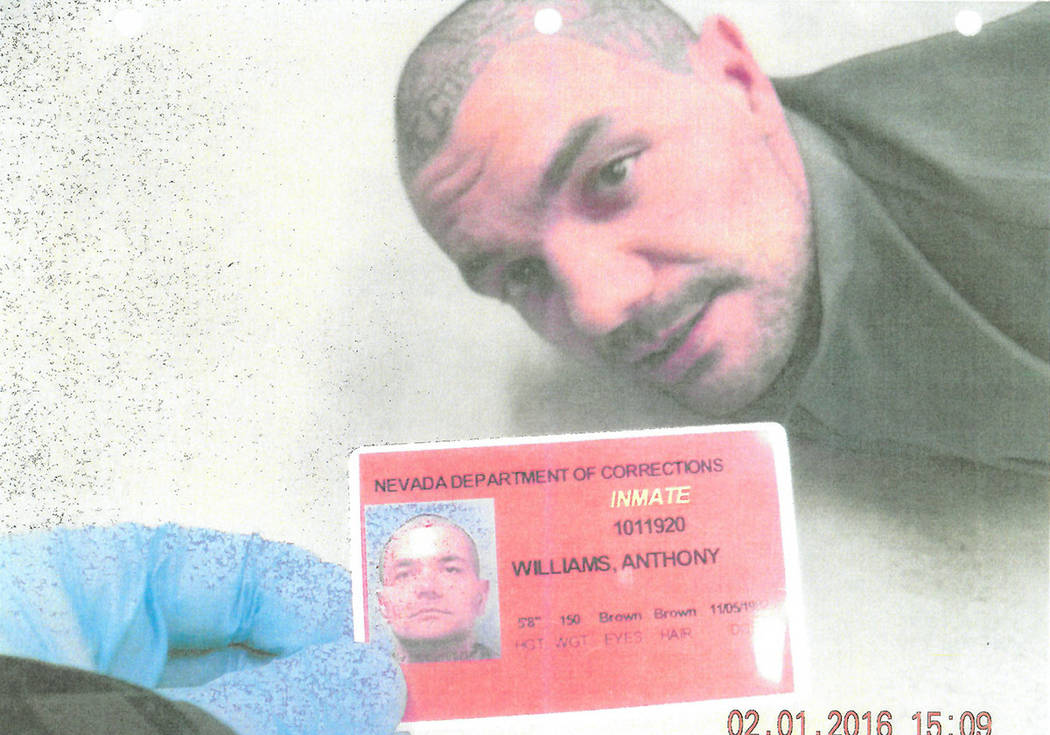 Anthony Williams is handcuffed on the floor of High Desert State Prison after a fellow prisoner was fatally stabbed in February 2016. (Clark County District Court) 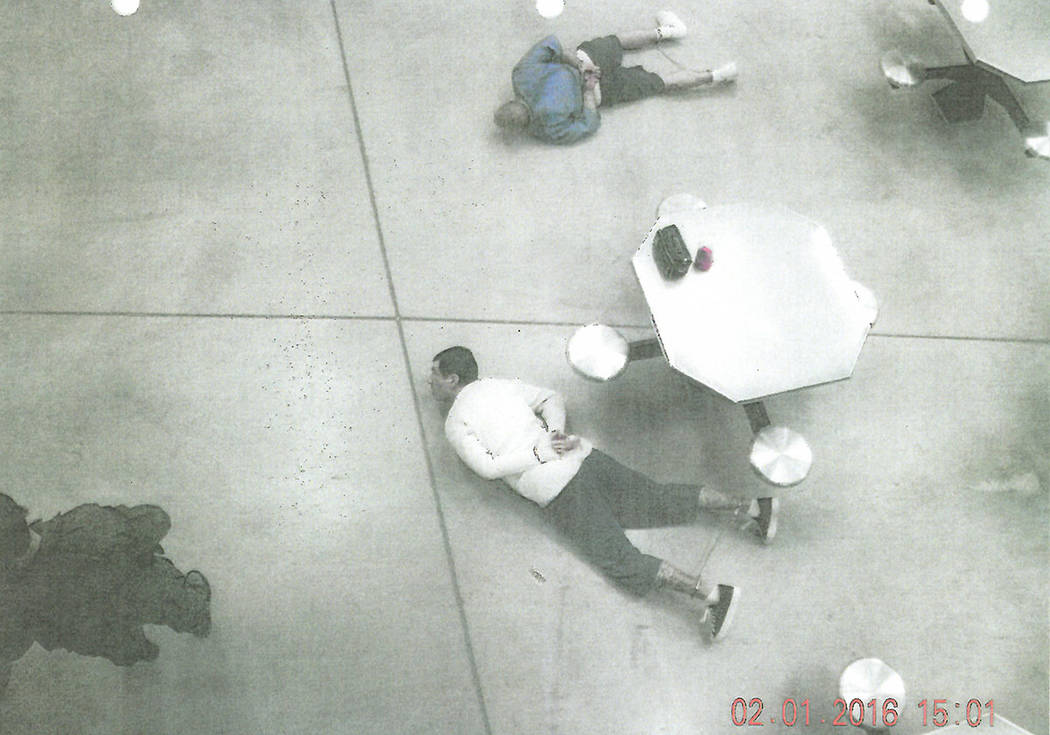 Anthony Williams and Tarik Goicoechea are handcuffed on the floor of High Desert State Prison after another prisoner was stabbed to death in February 2016. (Clark County District Court) 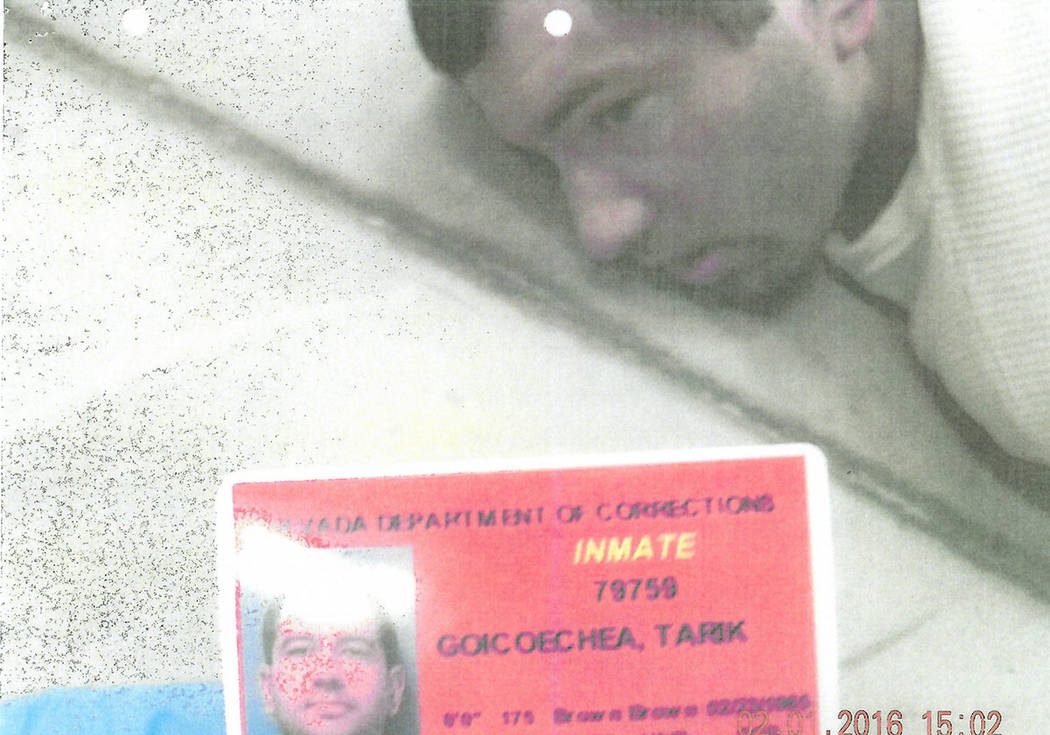 Tarik Goicoechea is handcuffed on the floor of High Desert State Prison after a fellow prisoner was fatally stabbed in February 2016. (Clark County District Court)

Almost three years after a Nevada prisoner was fatally stabbed, a top prosecutor in the state attorney general’s office recommended that no charges be filed against the suspects, according to an email obtained by the Las Vegas Review-Journal.

“Absent some great testimony from a gang expert, I don’t see this as a case that should be filed,” Michael Kovac, chief deputy in the attorney general’s criminal prosecution unit, wrote in a November 2018 email to three other prosecutors.

In the email’s subject line are the words “Williams and Goicoechea,” a reference to Anthony “Mugsy” Williams and Tarik “Torque” Goicoechea, reputed members of the Aryan Warriors prison gang who were suspected of stabbing 26-year-old Andrew Thurgood dozens of times inside a cell in February 2016.

“Thurgood comes off as completely unhinged and very likely an aggressor,” Kovac wrote.

Williams had been released from High Desert State Prison in May 2018 without facing charges in the killing and went on to commit a series of armed robberies.

In his email, Kovac described Thurgood as “the one running up on people and inviting them to his cell to fight” and added, “There’s no way to look at this objectively and say that it’s not just as likely (if not far more likely) that he was the aggressor.”

But in a sweeping indictment against the Aryan Warriors unsealed a month ago, the Clark County district attorney’s office announced murder charges against Williams and Goicoechea. Last week, county prosecutors said they would seek the death penalty against the pair.

It was not until the beginning of this year that the Clark County gang task force, which includes the Drug Enforcement Administration and the Department of Homeland Security, first started investigating the 23 Aryan Warriors charged in the case, an officer testified to a grand jury.

Clark County District Attorney Steve Wolfson said Tuesday that his office did not learn of Thurgood’s killing until after that investigation started.

“During the course of the investigation into the AW’s, the DA’s office learned of the murder at the prison,” Wolfson wrote in a text message. “Our office contacted the AG, along with the Inspector General’s office, and they assisted in providing information that led to the indictment.”

News of Thurgood’s death was posted on the Review-Journal’s website shortly after it occurred.

The indictment was the first time prosecutors publicly linked Williams and Goicoechea to the slaying. No other crimes listed in the indictment occurred before January.

Asked why his office decided to pursue murder charges, despite Kovac’s assessment of the case, Wolfson responded: “Like any other case, all facts and circumstances are carefully considered in making charging decisions.”

Last month, Monica Moazez, a spokeswoman with the attorney general’s office, said reports were turned over to the district attorney’s office as part of the 152-count racketeering case against the prison gang, but she did not say when.

Asked Tuesday about Kovac’s email, Moazez stated: “The determination referenced in this email is based on the available evidence present at that time. Given that this case remains ongoing and is being prosecuted by the Clark County District Attorney’s Office, we have no further comment.”

Within two months of Williams’ release from prison last year, the 36-year-old with a head and face covered with tattoos, led a crime spree that stretched from Laughlin to northwest Las Vegas. He was convicted and sentenced for those crimes before he was charged in the killing.

Williams has felony convictions dating back to 2001, while court records show that the 34-year-old Goicoechea has felony charges dating to 2003.

A prison surveillance video that captured the two dragging Thurgood from a cell depicts Goicoechea and Williams walking around Thurgood’s writhing body before the two men shake hands and hug. They were handcuffed while corrections officers awaited a medical response team for Thurgood.

Photographs of Williams and Goicoechea taken at the time do not appear to show any injuries.

In Kovac’s email, he referenced a description of a phone call in an investigative report that has not been made public.

“He’s worried about being beat up, while at the same time threatening to stab people,” Kovac wrote of Thurgood.

A federal lawsuit filed last year by Thurgood’s family states that he was stabbed 52 times inside a locked cell with the other two men.

Goicoechea’s attorney, Kristina Wildeveld, said Tuesday she did not know of Kovac’s email until a reporter read it to her over the phone.

“It’s always important to get exculpatory information,” Wildeveld said. “We are already questioning why they waited three years to file charges against Tarik, especially given the fact that they are now seeking the death penalty against them. We have questioned why the DA would seek the death penalty in this case when the death penalty should be reserved for the most egregious of cases.”

An attorney for Williams could not be reached late Tuesday.