Families and victims of state appointed guardian speak out 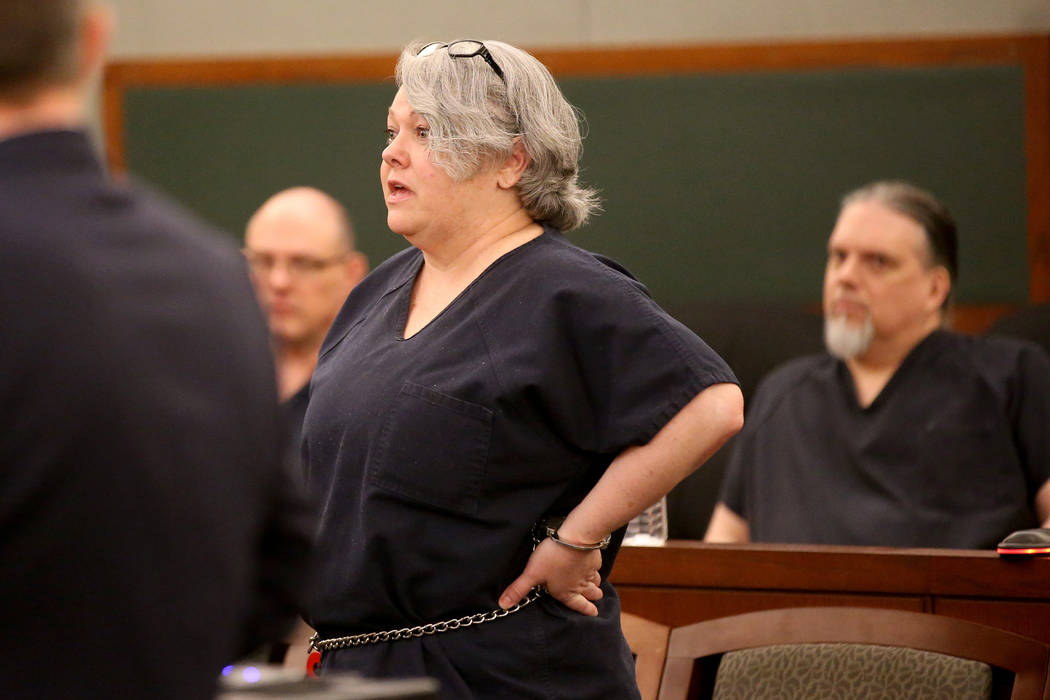 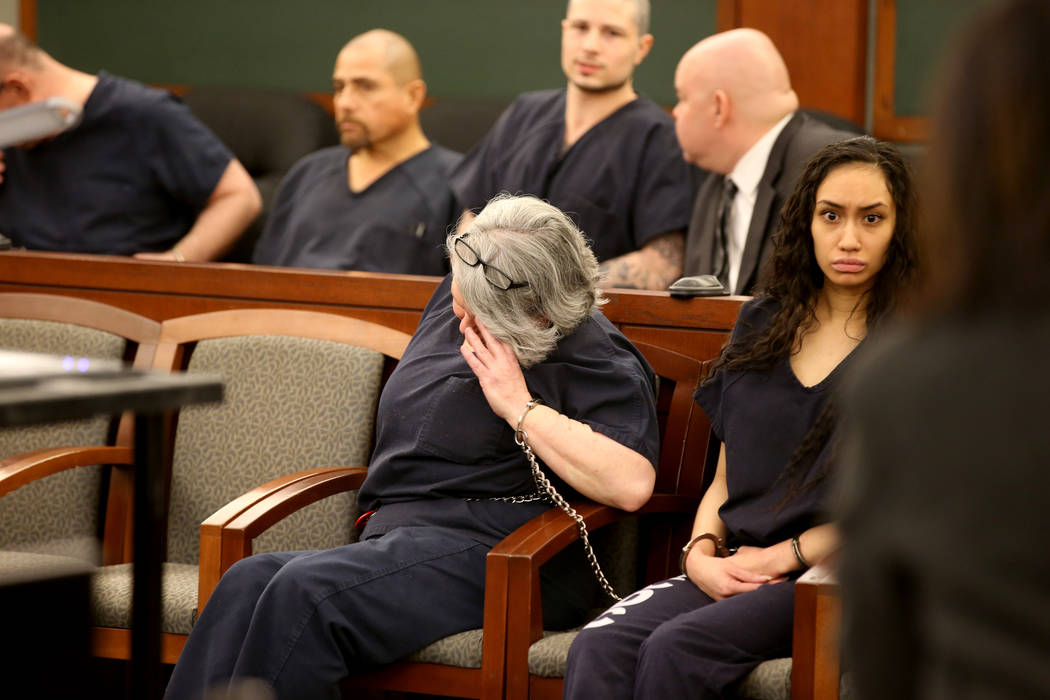 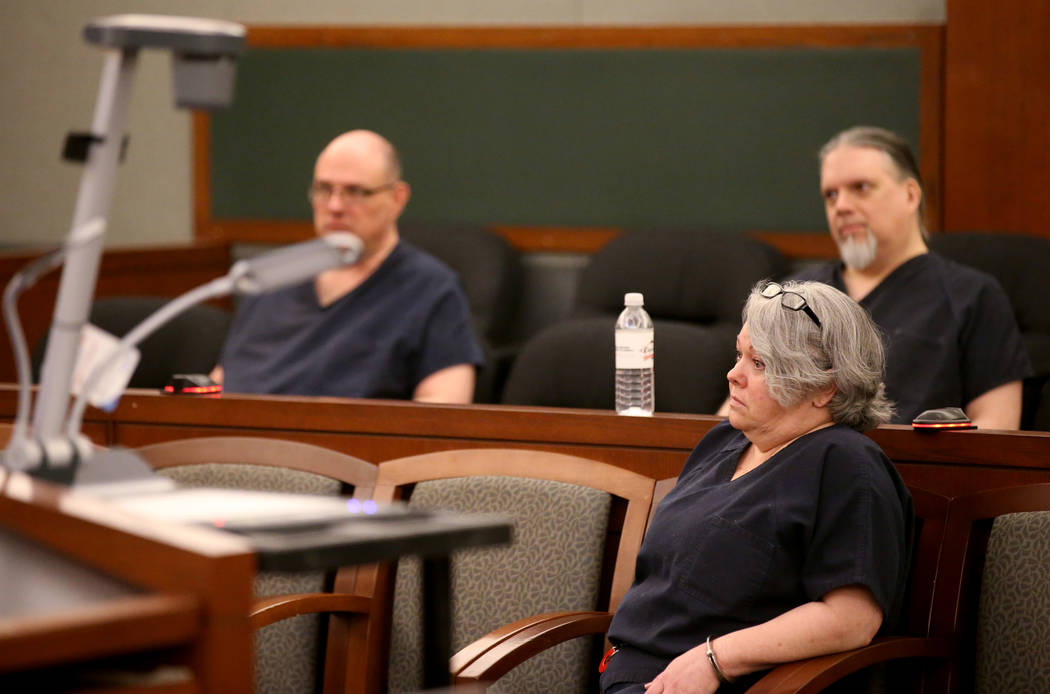 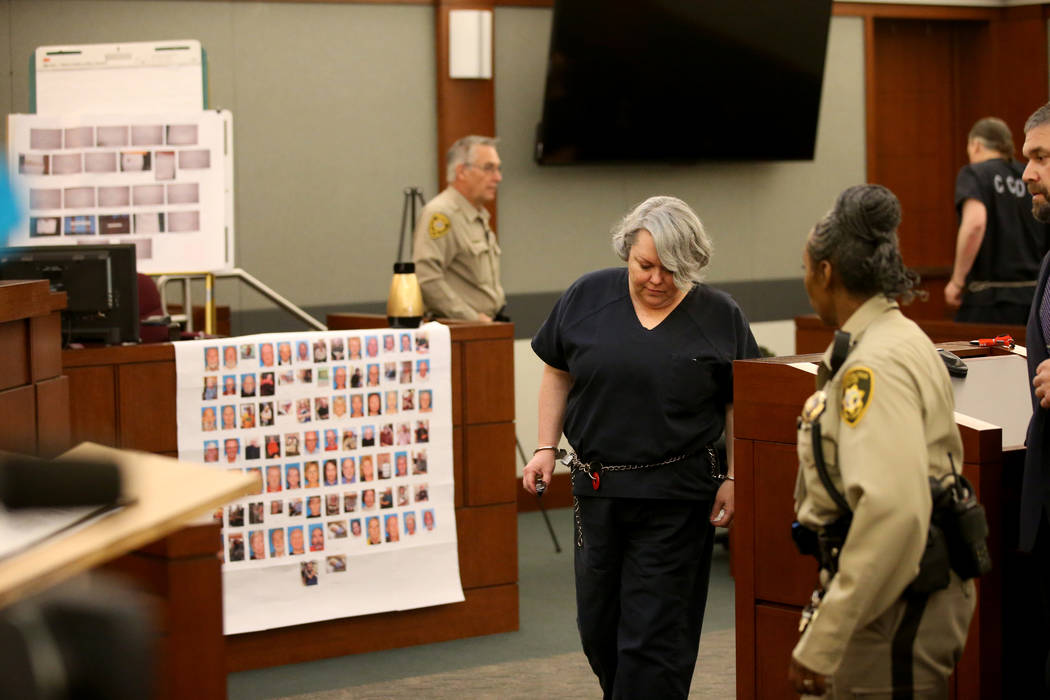 Former Nevada guardian April Parks is escorted out of the courtroom during a break in her sentencing at the Regional Justice Center in Las Vegas Friday, Jan. 4, 2019, after pleading guilty to exploitation, theft and perjury charges November. K.M. Cannon Las Vegas Review-Journal @KMCannonPhoto 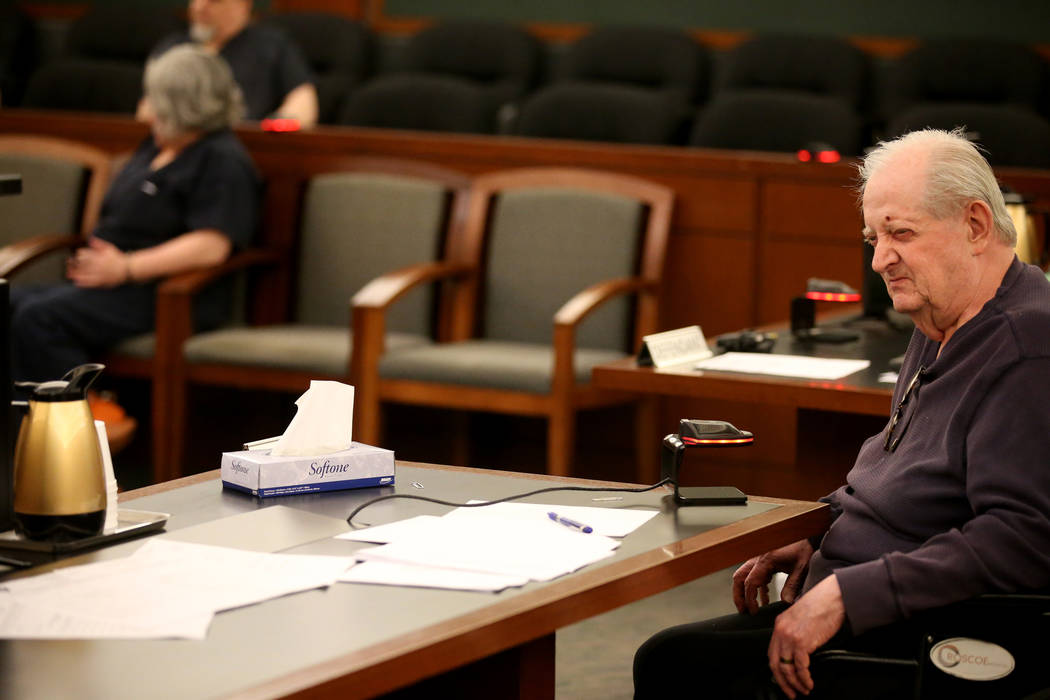 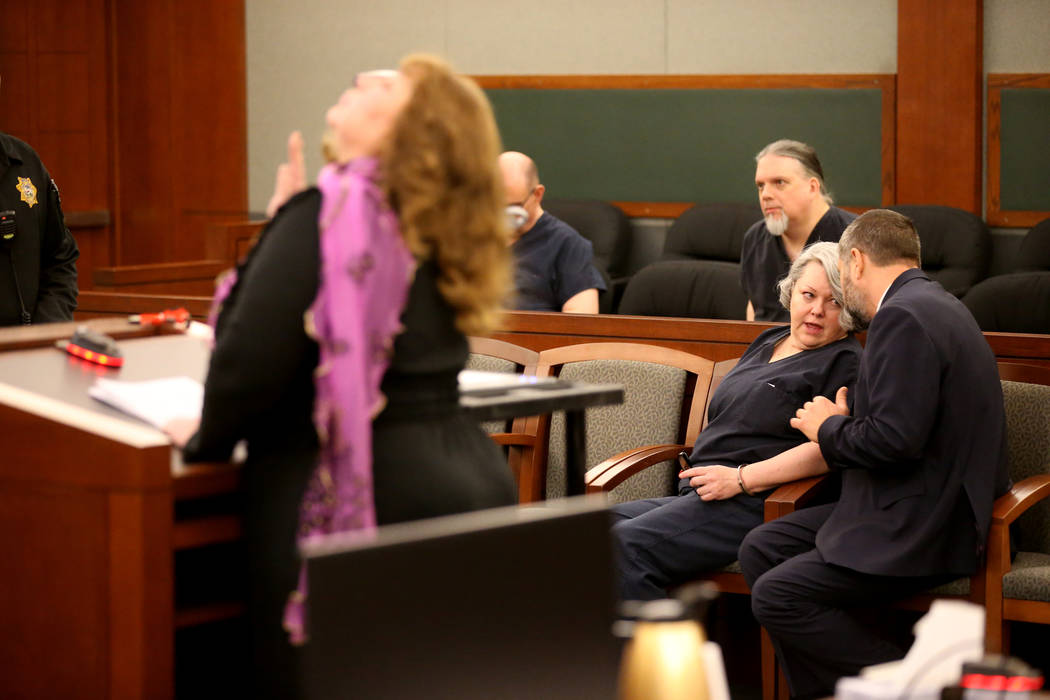 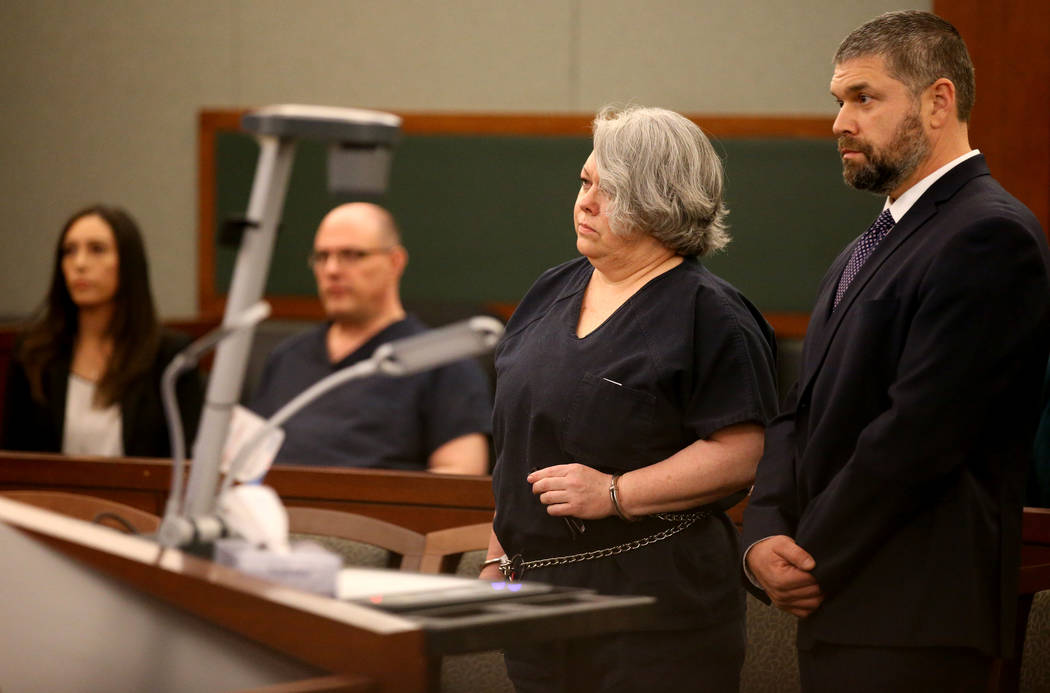 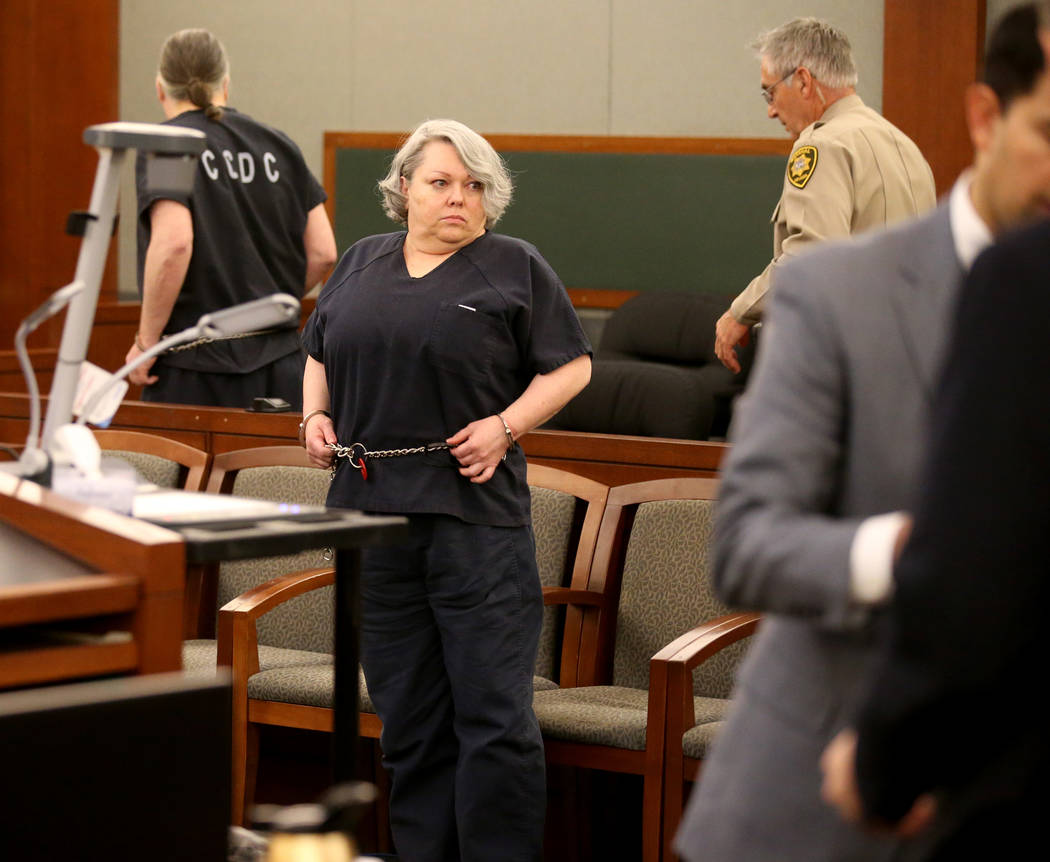 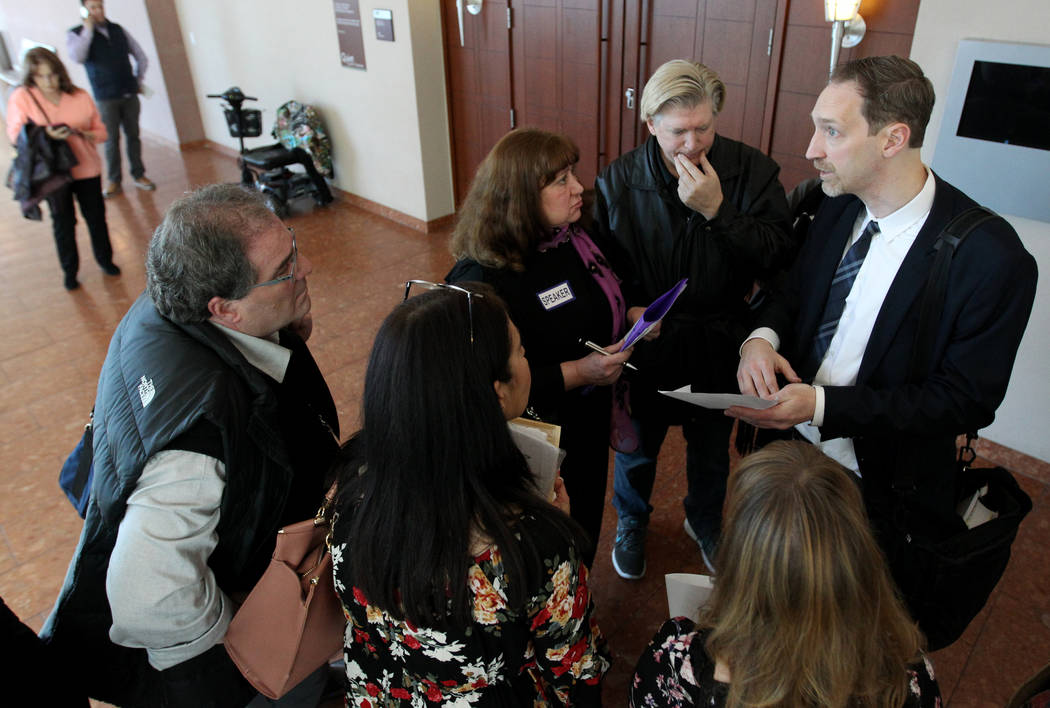 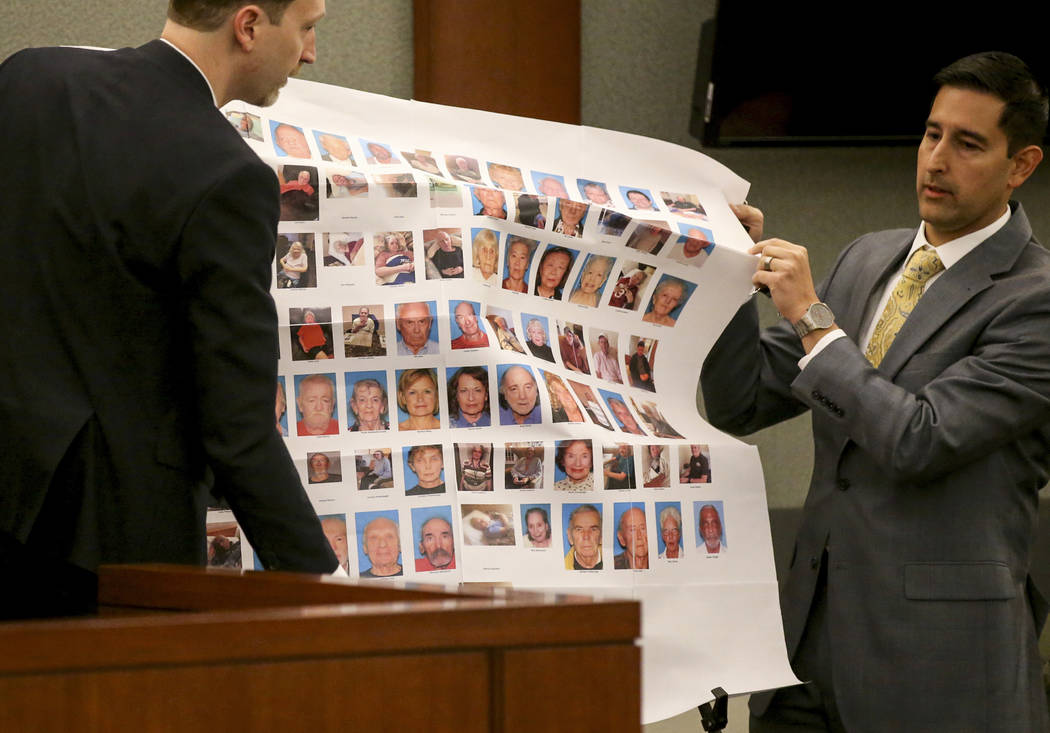 Relatives of those who died under her watch and of those too ill or weak to attend the proceeding spoke of the torment she put them through and observed as District Judge Tierra Jones sent the 53-year-old to prison for 16 to 40 years.

Nine people described their personal grief, while also reading letters from several others who lost thousands of dollars and precious, priceless heirlooms that would never be replaced because Parks stole from elderly victims for whom she was supposed to care.

As the victims wept and told their stories of suffering, a shackled and seated Parks kept her head turned and never looked their way.

Larry Braslow, the first victim to speak during the nearly four-hour hearing, told the judge that a decades-old family address book had disappeared while Parks was tasked with caring for his mother, Ruth. His father’s footlocker, which contained military uniforms and accoutrements, also was gone.

Karen Kelly, Clark County’s public guardian, read through a long list of names of people victimized who lived under “intense anxiety and anguish” for the final years of their lives because of Parks and those who worked closely with her. Parks’ business partner, Mark Simmons, and her husband, Gary Neal Taylor, also were ordered Friday to serve time in prison.

“The choices she made were out of greed, not because she didn’t understand the ethical obligations of being a guardian.”

Of the victims, Kelly said, “She didn’t see them as people. They were paychecks.”

The judge ordered the three defendants to pay more than $500,000 to their victims.

Herman “Bill” Mesloh, who is blind, said Parks first visited him at the Southern Nevada Medical and Rehabilitation Center in late 2013 after he had undergone various surgeries.

He was involuntarily isolated from his wife, Kathy, for six months, he said.

“There are some evil people in this world,” he said. “And April Parks is a predator of the worst kind.”

Another woman, Barbara Ann Neely, said Parks separated her from family and friends.

“She was not a guardian to me,” Neely said. “She did not protect me. As each day passed, I felt like I was in a grave, buried alive.”

Rudy North, yet another victim, compared Parks to Hitler and said, “This lady should be banished.

She told the judge on Friday that she accepted responsibility “but never intended harm,” adding that “things could have been done better. … We were a group practice, and honestly I think some things got ahead of us.”

She said she had a “great passion” for guardianship and took “great care and concern” in her work.

Parks was one of the most active private professional guardians in the region. She often acted as the surrogate decision-maker for 50 to 100 elderly and mentally incapacitated people, called wards, at a given time. As guardian, she had full control of their finances, estates and medical decisions.

Simmons was ordered to serve seven to 18 years in prison, and Taylor was given a sentence of two to five years behind bars.