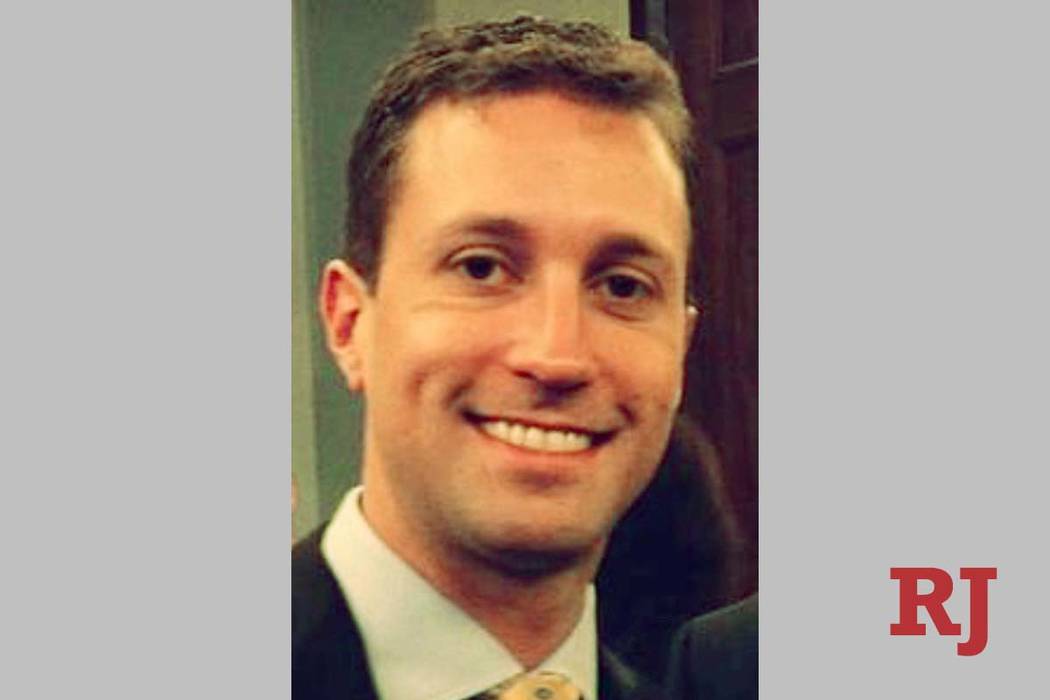 Neither Benjamin Sparks nor his accuser were present when Chief Deputy District Attorney Steven Rose agreed to dismiss four counts of second-degree kidnapping and one count of sexually motivated coercion.

But the prosecutor said he wanted to move forward with a simple battery charge against Sparks in a lower court.

A lawyer for Sparks said he believed the woman lied to authorities when she said he physically abused her and prevented her from leaving her apartment.

“There’s an enormous amount of evidence that her allegations are fabricated,” defense attorney Josh Tomsheck said. “In review the evidence from the state, as well as evidence provided by my client and others, I’m not surprised the state is making this unusual move.”

Rose called the decision to continue with a battery charge in Las Vegas Justice Court “a procedural necessity.”

“We believed that the most prudent course of action was to proceed with a misdemeanor trial,” the prosecutor said.

His ex-fiancee testified before a grand jury in December that Sparks had drawn up a contract during their relationship, which obligated her to perform sexual services. She also said he struck her in the head and severely broke a fingernail when she declined to have sex with him.

Tomsheck argued in court papers that the injuries were not the result of violence or force from Sparks. The injury to her hand was instead the “result of an unfortunate, accidental and unforeseeable result of a consensual encounter.”

During her grand jury testimony, the woman said Sparks stood by the front door of her apartment, preventing her from leaving.

“Fair to say there’s not, other than kind of jumping off the balcony, there’s no way out from that second door?” the prosecutor asked.

“Yeah, you’d have to go over the balcony,” she replied.

But Tomsheck pointed out that the woman lived in a first floor apartment.

Tomsheck also identified a text message the woman sent Sparks in which she wrote: “I need to get my head checked to see if I need stitches from when it hit the pavement.”

The defense attorney called the kidnapping charges “simply bare allegations with no specific date or time to which Mr. Sparks can defend against.”

The woman reported to work and “maintained normal friendships and relationships” during the months she said Sparks forced her to stay home, Tomsheck argued.

“Not a single person ever made a single report regarding her being held against her will,” Tomsheck wrote. “There is simply no evidence that Mr. Sparks forced, threatened or coerced (her) in any fashion.”