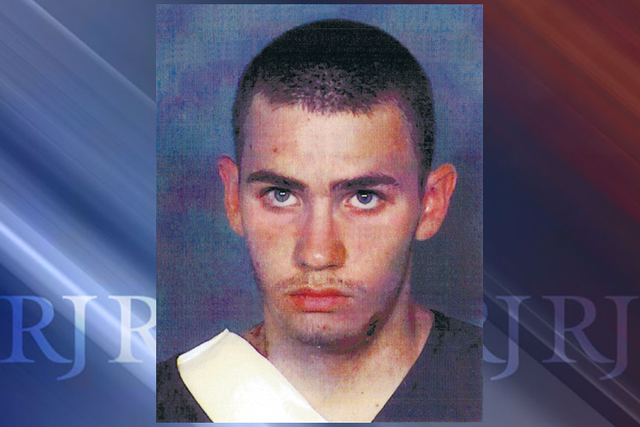 As a judge canvassed Ayden McKinnon on Thursday about his guilty plea to felony charges of attempted murder and discharging a firearm into a home, she asked about his education, to ensure he understood the charges.

McKinnon spent his 15th and 16th birthday behind bars and could spend many more in prison.

Should District Judge Michelle Leavitt decide in January that McKinnon should serve time behind bars, she could order upward of 46 years.

McKinnon’s attorney, Tom Pitaro, is expected to ask the judge for probation.

If the crime McKinnon admitted to happened two weeks later, he might have avoided the possibility of serving time with adults.

Two weeks after his arrest, state law was changed to say that juvenile courts should have exclusive jurisdiction over anyone younger than 16 who is charged with attempted murder, though a judge could still decide to have teens tried as adults.

A boy among Las Vegas’ most serious adult criminals, McKinnon has been held at the Clark County Detention Center since September 2014. Had he been charged as a juvenile, he would be held in an entirely different facility, the Juvenile Detention Center.

Last year, as McKinnon’s case worked its way through the courts, Pitaro said that if McKinnon were in the juvenile system, he would be receiving treatment for autism and other mental health problems.

The Boy Scout from far northwest Las Vegas admitted Thursday that he fired two shotgun blasts through the front door of a house in the 7000 block of Maverick Street, knowing who was home at the time.

Police said the shooting occurred after a fallout with a friend over a girl.

McKinnon was initially charged with 11 felonies.

In June 2015, after a panel of three justices initially rejected a request to have the case transferred to juvenile court, the Nevada Supreme Court decided not to reconsider whether McKinnon should be tried as an adult.

The change in Nevada Revised Statutes regarding teens charged with felonies was approved in 2013, well before McKinnon was charged, but did not go into effect until Oct. 1, 2014.

A year earlier, the U.S. Supreme Court ruled that mandatory life sentences for anyone younger than 18 was cruel and unusual punishment.

A week before the shooting, Steve Cooper drove one of his sons and McKinnon home from a Boy Scout hike at Mount Charleston.

According to police, McKinnon, uninvited, was back at the Cooper home on Sept. 16, 2014, wielding a loaded 12-gauge shotgun.

On Thursday, McKinnon told the judge that he “fired through the front door, knowing there were people inside the home, and knowing I could possibly hit and kill one of them. And after that, I believed police would come, and I’d be killed in a shootout.”

After a second shotgun blast hit the front door of the home, McKinnon took aim a third time, and Cooper’s eldest son returned fire, striking the youth in the chin and upper right chest, police said.