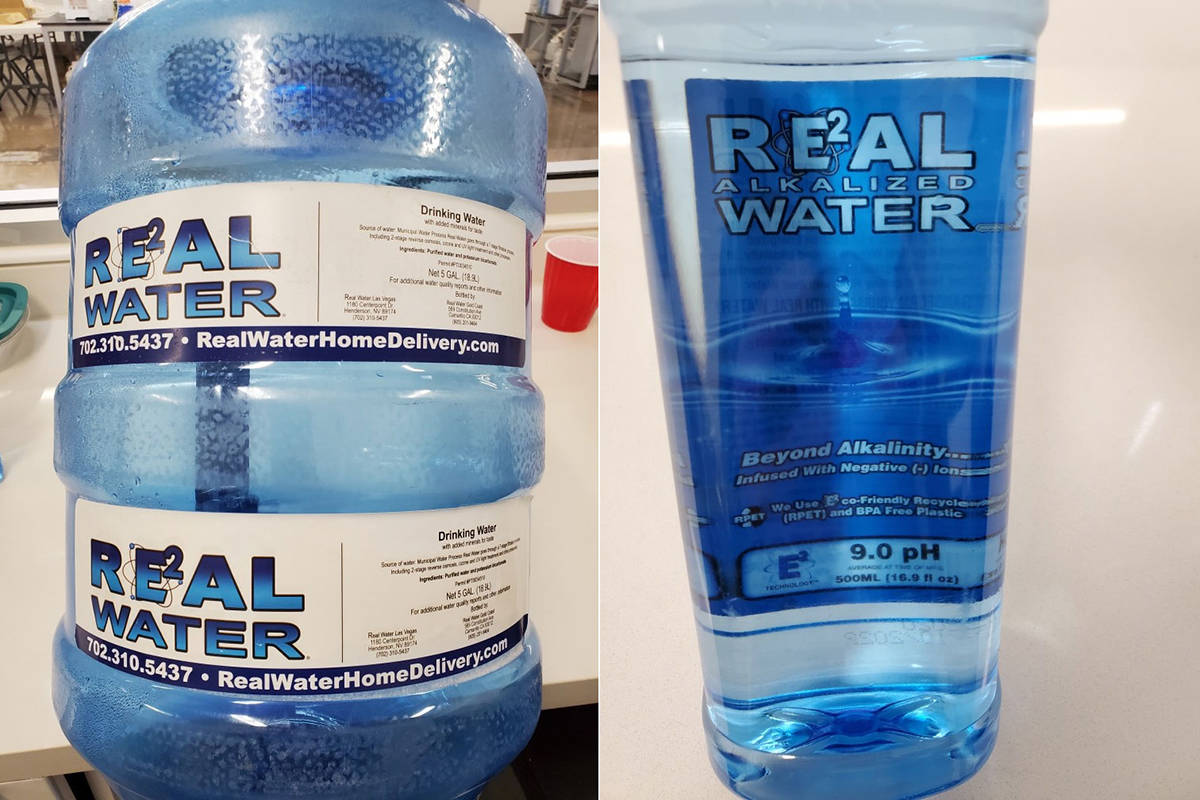 A Las Vegas family filed a lawsuit against the local company that bottles Real Water on Tuesday, the same day the Food and Drug Administration announced an investigation into a possible hepatitis outbreak tied to the product.

The FDA was alerted late last week about five cases of acute non-viral hepatitis, which causes liver failure, in infants and children from November, according to the agency’s announcement. Six more people, including three children, reported less severe symptoms, such as vomiting, nausea, loss of appetite and fatigue.

“To date, the consumption of ‘Real Water’ brand alkaline water was found to be the only common link identified between all the cases,” a news release from the Southern Nevada Health District stated.

On Tuesday afternoon, three members of the Wren family, who had the water delivered to their home, filed a civil complaint in Clark County.

Late last year, parents Emely and Christopher Brian Wren and their 2-year-old son, Christopher Noah, suffered health complications after drinking the water. The couple’s daughter avoided drinking the water and did not become ill, according to attorney Will Kemp, who represents the family.

In November, the boy was taken by emergency jet to Primary Children’s Hospital in Salt Lake City after doctors at Summerlin Children’s Hospital noticed signs of liver malfunction, the lawsuit said. The child was treated and released from the hospital.

Around the same time, Emely Wren suffered from extreme nausea and fatigue, according to the suit.

The boy’s father had been hospitalized for several days in Las Vegas after showing extremely high levels of alanine transaminase, or ALT, an enzyme found in the liver that releases into the bloodstream after the liver is damaged.

According to the lawsuit, Christopher Brian Wren was interviewed by an investigator from the Southern Nevada Health District and was told that Real Water was believed to be the cause of his liver damage.

The company behind Real Water, Affinitylifestyles.com Inc., has been based in Las Vegas since 1998. Its blue-hued bottles tout the product as “alkalized water infused with negative ions” and “the healthiest drinking water available.”

Officials with the company could not be reached for comment Tuesday afternoon.

The lawsuit alleges that labeling on the water bottles was “false and/or misleading” and that the Wrens purchased them because they “believed that they did not contain elevated levels of toxins.”

“Defendants’ bottled water was defective and unreasonably dangerous in that Defendants failed to provide warnings about elevated levels of toxins in their products,” the document said.

The lawsuit also alleged a breach of implied warranty of merchantability, negligence and a violation of Nevada’s deceptive trade practices law.