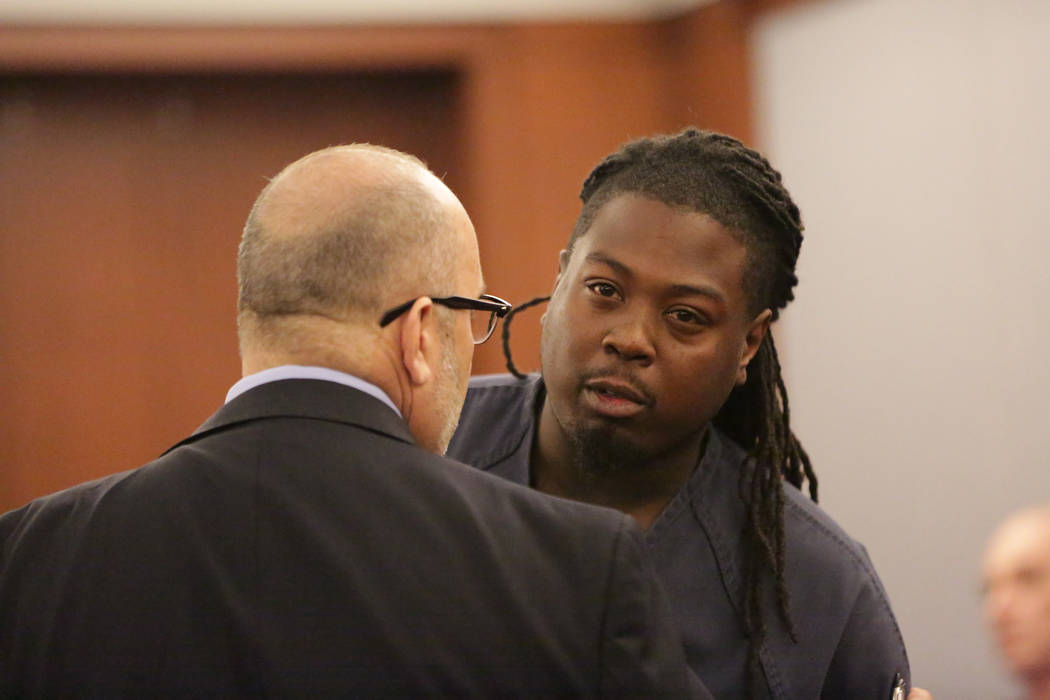 Michael Logan, who faces child abuse and other charges in the death of his 2-year-old son, consults with his attorney, Douglas Crawford, during his bail hearing on June 5, 2018. (Michael Quine/Las Vegas Review-Journal) @Vegas88s

A Las Vegas man charged in connection with the shooting death of his 2-year-old son has agreed to plead guilty to a pair of felonies.

Michael Logan reached a deal with prosecutors on two counts: child abuse and ownership of a gun by a prohibited person, prosecutors and his lawyer told a judge on Thursday.

Authorities have said a 10-year-old boy fired a shot from a 9 mm handgun inside Logan’s northeast valley home that left Messiah Logan dead.

Logan, 26, is expected to enter his pleas in Clark County District Court next month and could face up to six years behind bars.

“He’s been punished enough,” Crawford said. “He lost his boy.”

Prosecutors agreed that Logan could serve his sentence for each count at the same time, but they are expected to ask a judge for prison time.

Logan remains held on $75,000 bail and a parole violation for previous criminal convictions. Chief Deputy District Attorney Dena Rinetti has said Logan had a history of domestic battery and drug and DUI charges.

Crawford has argued that Logan was asleep at the time of the May 30 shooting and immediately tried to render aid after he heard the gunshot. The attorney has accused investigators of distorting statements from witnesses who said Logan brought the gun into his home.

The Clark County Department of Family Services received a report of abuse at the home in November 2016, but the allegations were found to be unsubstantiated, according to a child welfare agency public disclosure form.