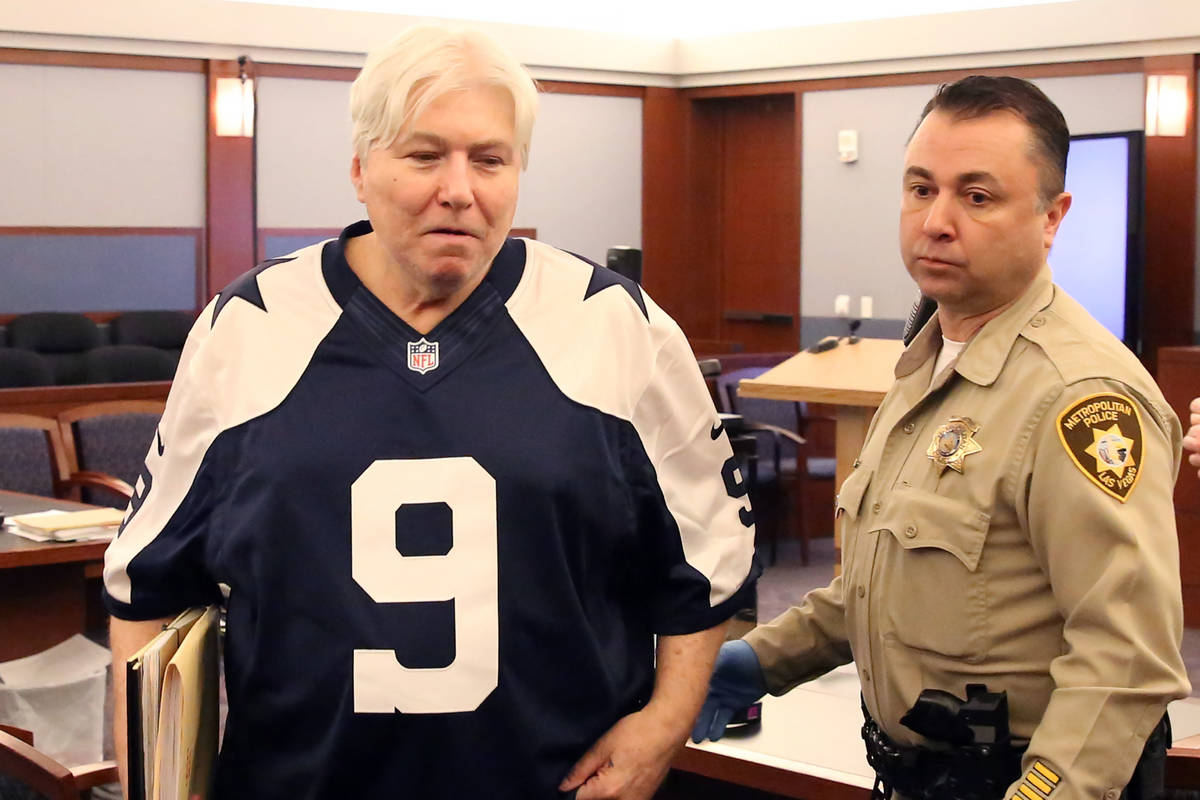 Thomas Randolph, wearing a Tony Romo jersey, leaves the courtroom after appearing during his trial at the Regional Justice Center in Las Vegas in June 2017. (Bizuayehu Tesfaye/Las Vegas Review-Journal) @bizutesfaye

A man whose murder conviction and death sentence were recently overturned is the focus of a three-part docuseries airing on “Dateline” this week.

On Friday, a judge ordered Thomas Randolph back in court next month, when a new trial date could be set.

The first episode of the NBC series, titled “The Widower,” aired Thursday, with the next two episodes scheduled to air Friday and Saturday. The series features jailhouse interviews with Randolph, testimony from his 2017 trial and crime scene footage.

In December, the Nevada Supreme Court reversed his conviction and ordered a new trial.

Randolph, now 65, was convicted in 2017 of two counts of first-degree murder with a deadly weapon and one count of conspiracy to commit murder in the 2008 deaths of his wife, Sharon Causse, and the man prosecutors said he hired to kill her, Michael James Miller.

In a unanimous decision, the high court decided that a jury should not have heard that evidence, which justices called “problematic,” because Randolph was acquitted in the 1986 death of Becky Randolph.

After his sixth wife was found dead in the couple’s northwest valley home, Randolph told Metropolitan Police Department investigators that he noticed a man in a black ski mask after finding his wife shot in the head in May 2008. He brushed up against the man and shot him five times, he said.