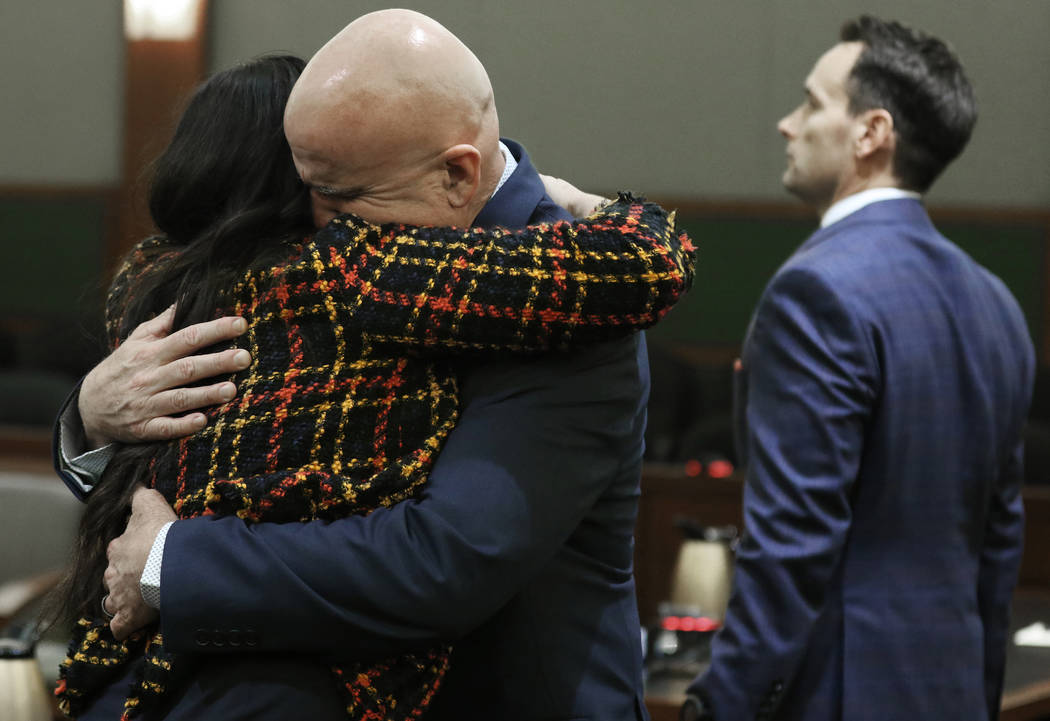 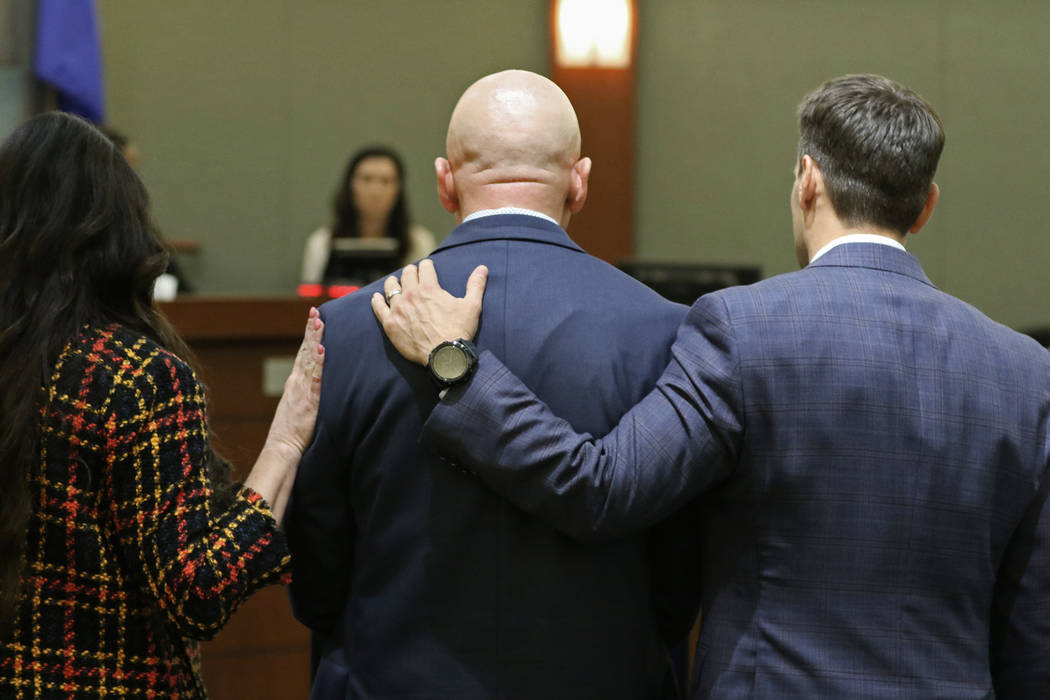 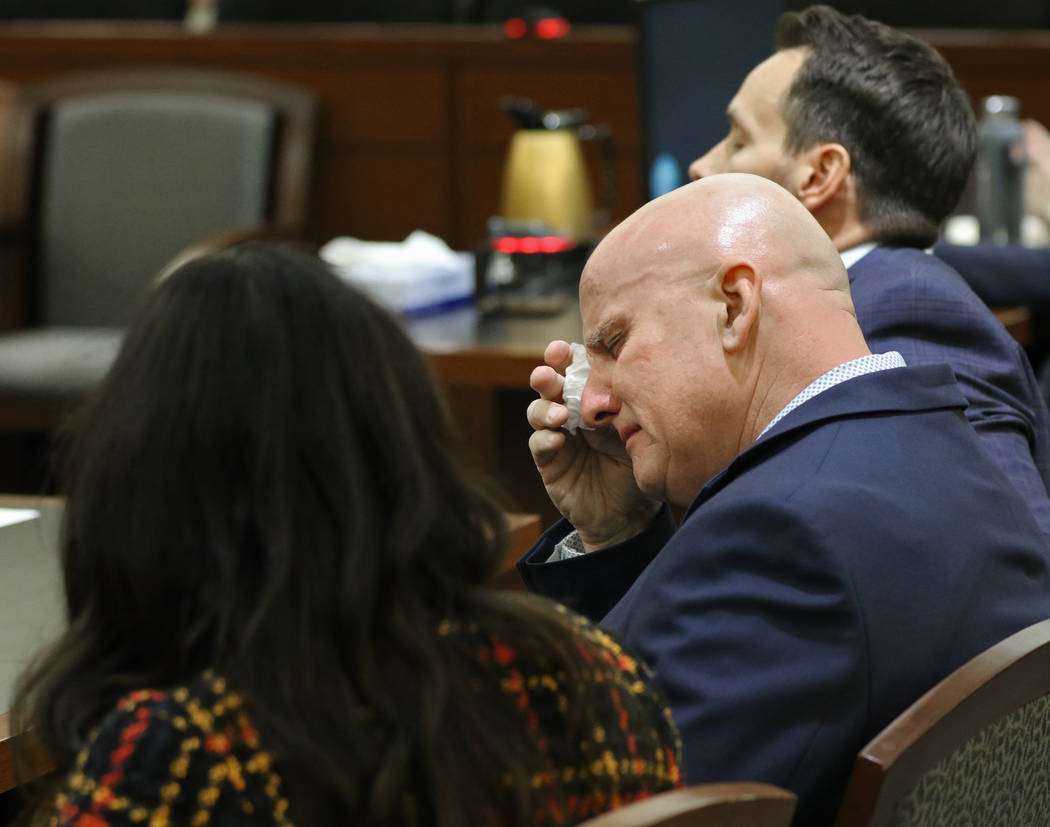 Las Vegas police Lt. James "Tom" Melton, middle, wipes tears from his eyes after he was acquitted of all charges, including elderly exploitation, on Thursday, Sept. 26, 2019, at the Regional Justice Center, in Las Vegas. (Benjamin Hager/Las Vegas Review-Journal) @benjaminhphoto 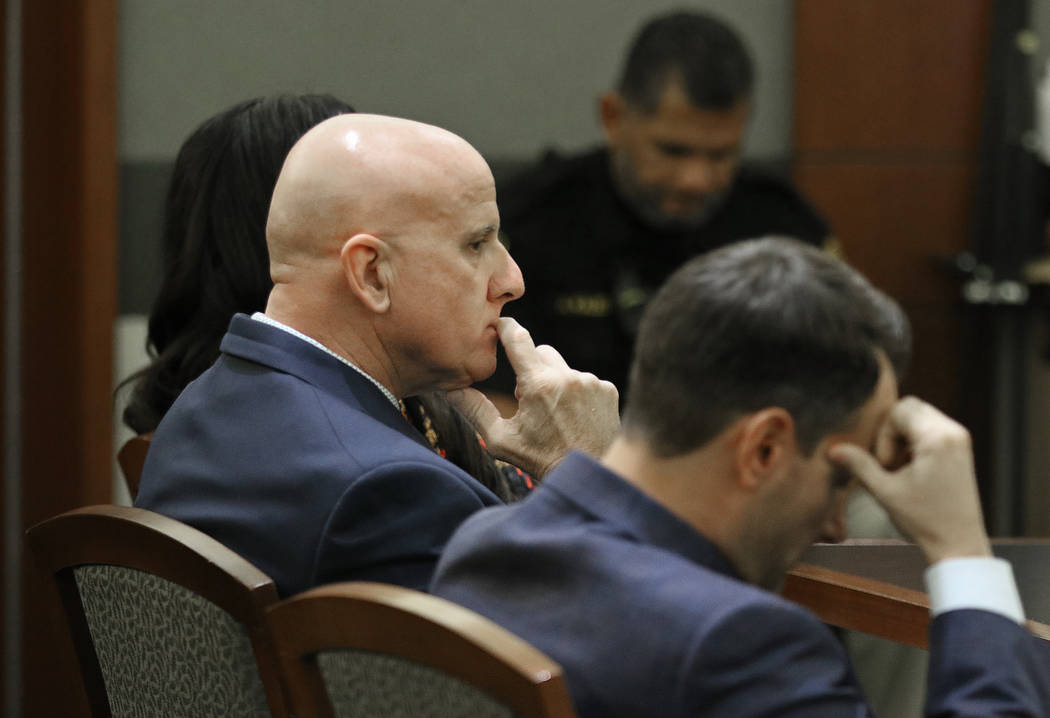 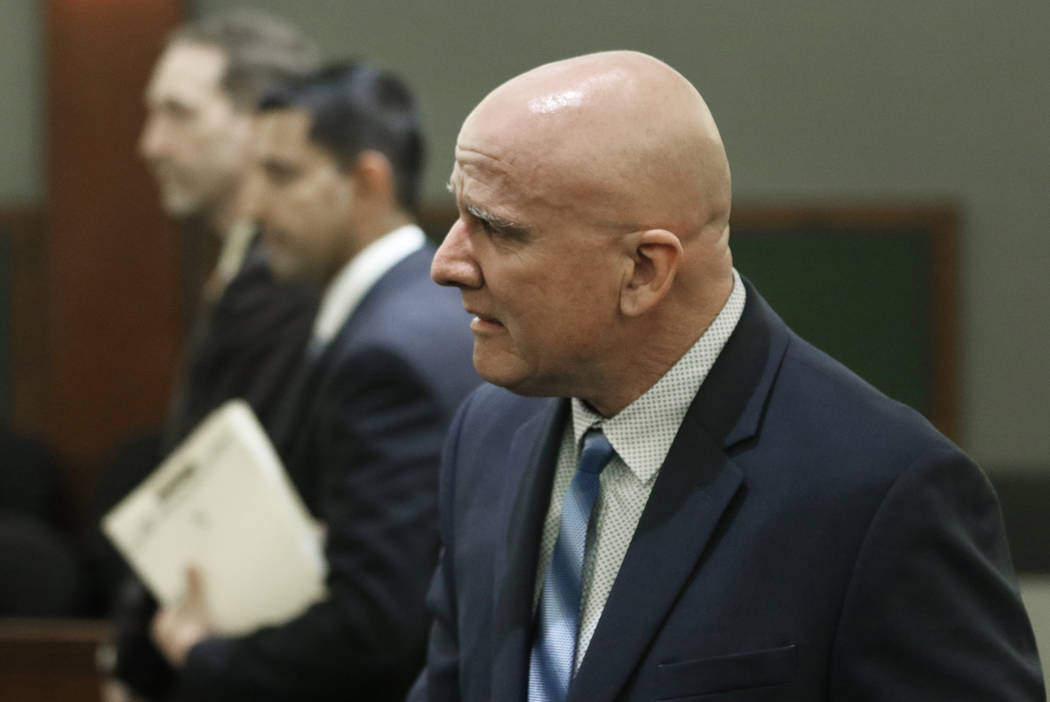 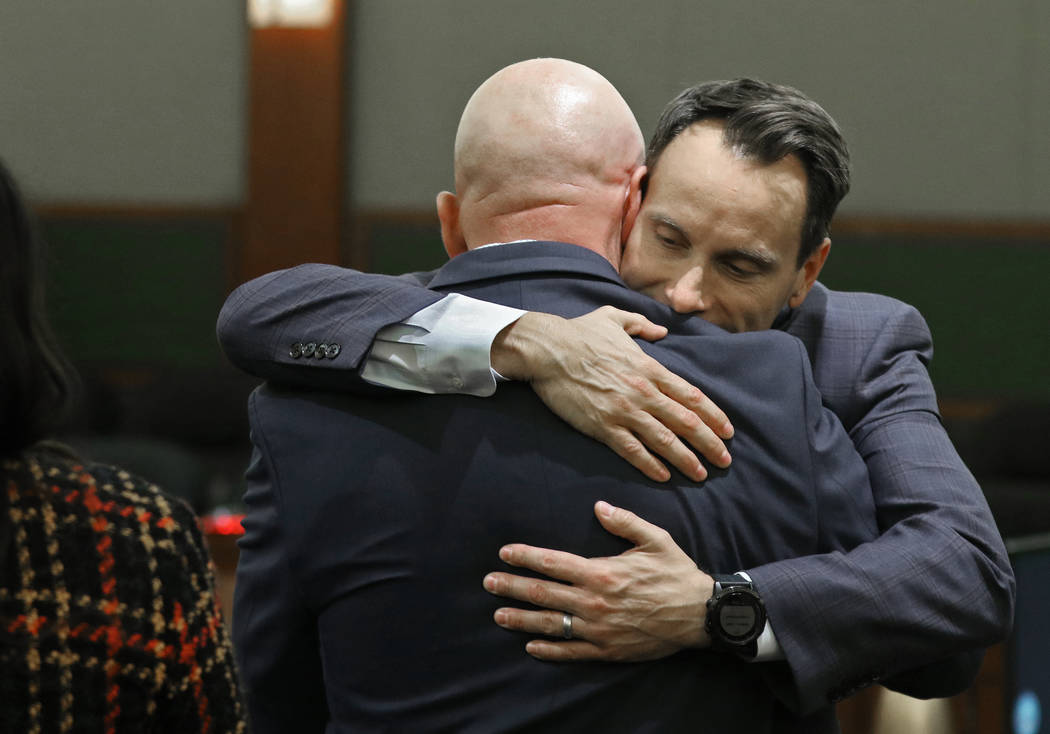 A Las Vegas police lieutenant lowered his head and cried Thursday as a jury acquitted him of 13 felony counts.

As the panel of nine men and three women left the courtroom after a two week trial, James “Tom” Melton embraced his attorneys, Josh Tomsheck and Jean Schwartzer. Prosecutors had leveled elderly exploitation, theft and perjury charges against the 52-year-old veteran of the force.

“Since the first time we saw the evidence in the case, we were able to confirm what Tom has always said: that he was not guilty of the allegations against him,” Tomsheck said.

Jurors deliberated about four hours before finding Melton not guilty on all charges he faced.

Prosecutors had alleged that Melton, who started working for the department in 1994, deceived an elderly couple, Beverly Flaherty and her husband, Jerome Flaherty, out of hundreds of thousands of dollars between December 2010 and May 2017.

This year, District Judge Tierra Jones, who oversaw Melton’s trial, ordered Parks to serve 16 to 40 years behind bars for stealing from elderly victims for whom she was supposed to care. Simmons and Parks’ husband, Gary Taylor, also were given prison time.

Melton, Parks and Simmons were accused of using Simpson’s services to file false and misleading legal papers with the court in order to obtain guardianship and name Melton as the successor trustee of Beverly Flaherty’s family trust.

Simpson has cooperated with prosecutors, pleading guilty in November to one count of elderly exploitation. She testified at Melton’s trial.

Tomsheck had argued Wednesday that Melton loved that Flahertys and cared for them.

“It’s an undisputed, uncontroverted fact that he loved the Flahertys,” the attorney said after the verdict. “At the end of their lives there was one person that cared about them, that’s willing to do what needed to be done to take care of them, and it was Mr. Melton … Our client is someone who has a big heart and follows directions. Unfortunately, unbeknownst to him, he was following the directions of people who would prey on the elderly.”

Melton, who most recently worked in the Metropolitan Police Department’s Homeland Security division, has been on unpaid suspension since July 2017, when authorities launched the investigation. As a result of the verdict, he is expected to be placed on paid administrative leave while the department conducts an internal administrative investigation, Metro officials said.

“He believed a jury would do the right thing,” Tomsheck said. “And I’m very happy that today they did.”