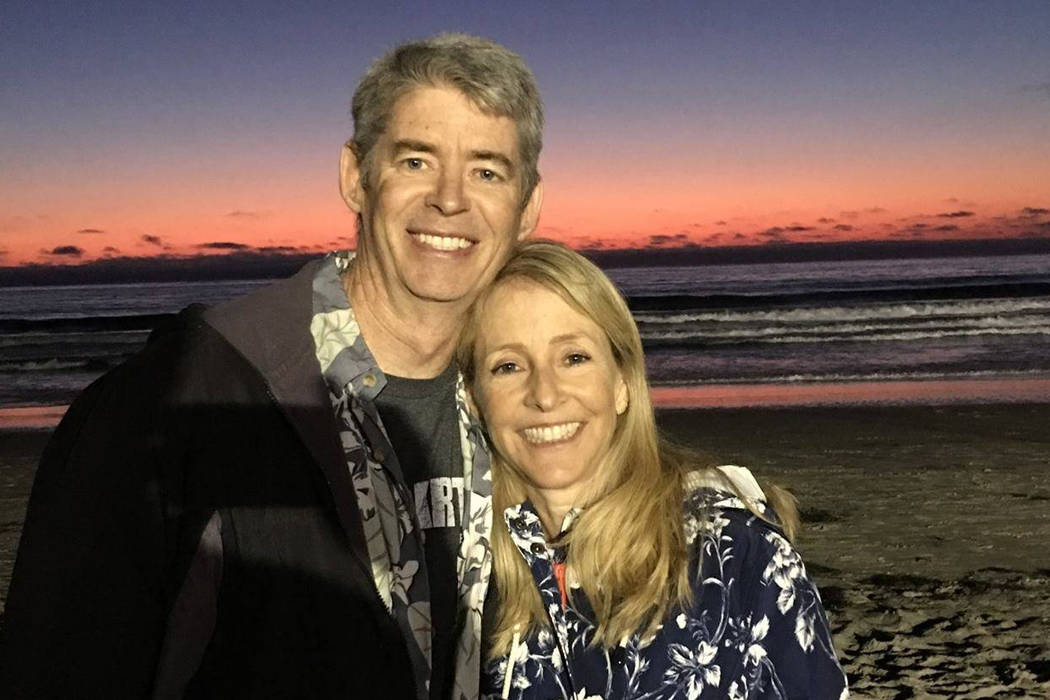 One of the nearly 50 people named Tuesday in the national college bribery scandal was a San Diego media executive who recently relocated to Las Vegas.

Elisabeth Meyer Kimmel, 54, is accused of buying two of her children into elite schools on either side of the country: her daughter, Katharine, into Georgetown University in 2013 and her son Thomas into University of Southern California this past fall.

Court records allege she paid $275,000 for the Georgetown arrangements through a family foundation and $200,000 for the USC arrangements. She faces charges of conspiracy to commit mail fraud and honest services mail fraud.

Nothing in the records indicated that Kimmel’s children knew about her alleged actions.

Kimmel is the owner and president of Midwest Television Inc., based out of Champaign, Illinois, records show.

The company previously owned KFMB-TV, a CBS-affiliated television station in San Diego, as well as two San Diego radio stations. But in 2017, the company sold the stations for $325 million to TEGNA Inc., a publicly traded broadcast company and spinoff of Gannett.

The TV station’s current news director declined to comment Tuesday. A story about the scandal on the station’s CBS 8 website noted that Kimmel “owned KFMB Stations for decades.”

Katharine Kimmel was a decorated field hockey player. Thomas Kimmel in 2016 traveled with his mother to Washington, D.C., where they met with San Diego’s congressional representatives and lobbied on behalf of the Juvenile Diabetes Research Foundation, according to a news post from the high school.

Late last year, Kimmel and her husband, Gregory, moved into a penthouse in Turnberry Towers Las Vegas, located just east of the Strip, records show. A call to the residence by a gate attendant Tuesday was not answered.

The family does not appear to have any immediate ties to Jimmy Kimmel, the late-night television host who was raised in Las Vegas and attended Clark High School.

An affidavit in support of a criminal complaint, unsealed Tuesday, alleges that Elisabeth Kimmel “participated in the college recruitment scheme by conspiring to use bribery to facilitate her daughter’s admission to Georgetown as a purported tennis recruit, and her son’s admission to USC as a purported track recruit.”

Her daughter graduated from Georgetown in 2017 but was never a member of the tennis team, according to the document.

Her son — who is not on the USC track team — received an email from an adviser ahead of the fall semester, asking about USC track practice. The son assumed it was a mistake and was generally “unaware of the circumstances surrounding his admission to USC,” according to the affidavit.

Officials at USC did not respond to a request for comment as to whether the son’s enrollment status would change as a result of his mother’s charges.

But a general statement issued Tuesday afternoon said USC is aware of the “wide-ranging criminal investigation” and noted that the university “is reviewing its admissions processes broadly to ensure that such actions do not occur going forward.”

The daughter currently works as an associate at Armory Capital LLC, a private equity firm based in Illinois, according to her LinkedIn profile. She did not immediately respond to a LinkedIn message about the case.

Gordon Ernst, the former Georgetown tennis coach accused of helping facilitate her admission to the university, was indicted Tuesday.

Elisabeth Kimmel is an alumna of Stanford University and Harvard University, where she earned her bachelor’s degree and law degree, respectively, according to a Bloomberg executive profile.

She currently serves as a director for First Busey Corp., an Illinois company that operates Busey Bank. Her father, August C. Meyer, Jr., is a board member at the same company. He previously owned Midwest Television.