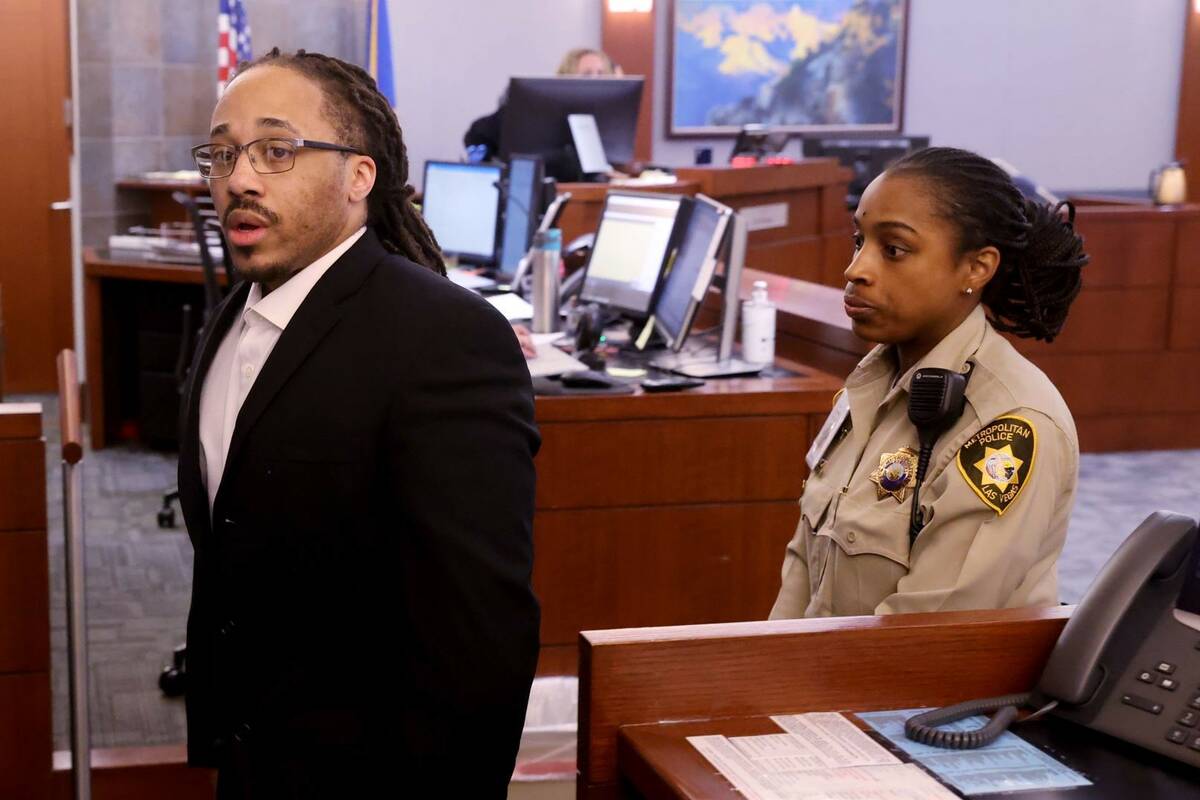 Michael Solid walks out of the courtroom at the Regional Justice Center in Las Vegas Tuesday, May 24, 2022 after being convicted a second time for murder in the 2016 death of 15-year-old Marcos Arenas. (K.M. Cannon/Las Vegas Review-Journal) @KMCannonPhoto 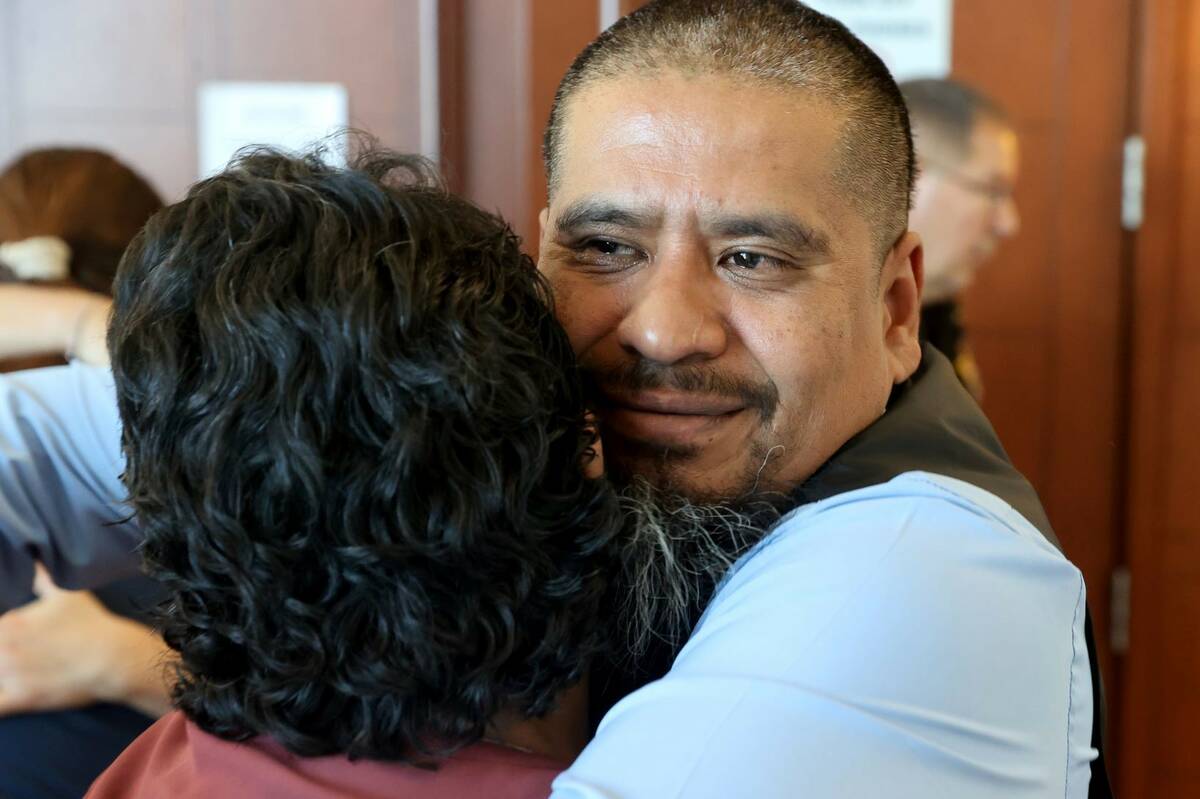 Ivan Arenas, father of Marcos Arenas, hugs his stepmother Anna Arenas after a guilty verdict in the retrial of Michael Solid at the Regional Justice Center in Las Vegas Tuesday, May 24, 2022. (K.M. Cannon/Las Vegas Review-Journal) @KMCannonPhoto

A 30-year-old man convicted this week for the second time of running over and killing a teenage boy during a robbery over an iPad was sentenced on Wednesday to between 20 and 50 years in prison.

A jury on Tuesday found Michael Solid guilty of first-degree murder with a deadly weapon, robbery and conspiracy to commit robbery in the death of 15-year-old Marcos Arenas in 2013.

After about an hour of deliberations on Wednesday, the same panel handed down Solid’s sentence, although he will receive credit for spending nearly nine years in custody since his arrest.

Solid was not in court as the jury’s decision was read. During the sentencing phase of the trial, Solid was admonished for an outburst he made when Chief Deputy District Attorney Agnes Botelho implied he didn’t have remorse for the killing. He then asked if he could not be present for the remainder of the hearing, according to Todd Leventhal, one of Solid’s defense attorneys.

“He rolled the dice, he took his shot again and it worked out better than what he got his first go-around,” Leventhal said Wednesday.

District Judge Carli Kierny ordered Solid to appear in court again on June 28 to be sentenced for the robbery charges.

Marcos, a Las Vegas High School student, was walking near his northwest valley home on May 16, 2013, to pick up food from Chipotle when he encountered Solid’s friend, Jacob Dismont, who wrenched Marcos’ cherished iPad out of his hands. Prosecutors have said Solid, who was driving a white Ford Explorer, was acting as a lookout and getaway driver during the robbery.

Dismont took the iPad and jumped into the SUV as Marcos flung himself onto the car. During the trial, Solid said he panicked and “floored it” when Dismont ran into the car. Marcos was dragged, ran over and killed.

In 2016, Dismont pleaded guilty to second-degree murder with a deadly weapon, robbery with a deadly weapon and conspiracy to commit robbery, court records show. He was sentenced to 15 years to life in prison in 2016 and remains in the High Desert State Prison, according to Department of Corrections’ records.

Solid did not testify during the 2016 trial, but he took the stand on Monday and was questioned for nearly four hours. He claimed that he didn’t know Dismont was going to commit the robbery and said he didn’t realize Marcos was injured when he sped away from the scene.

He was arrested two days after Marcos was killed, and initially told police he was not the man driving the SUV. Solid testified that he lied because he had received threats from Dismont.

During closing arguments on Tuesday, Botelho pointed out contradictions in Solid’s testimony, and said he changed his story about where he and Dismont went after the robbery. After the trial was over on Wednesday, Botelho said it was “a little bit of a disappointment” that Solid didn’t receive the maximum punishment, but that she and Marcos’ family respected the jury’s decision.

“Even though it took this long of time, I’m glad we finally got justice for them — again,” Botelho said.

Marcos’ friends and family wore Marcos’ favorite color, pink, while they waited for the jury to deliver their sentence. The family had filled half of the courtroom throughout Solid’s retrial.

Ivan Arenas, Marcos’ father, said that although he wanted Solid to be sentenced to life in prison without the possibility of parole, he was still satisfied with the trial’s outcome. He said that knowing Solid was found guilty a second time will hopefully allow him to heal.

He looks forward to the day when he can attend family gatherings and not feel the dark cloud of Marcos’ death loom above him, Ivan Arenas said.

“I felt like I was always walking on mud,” he said. “And I feel like I don’t have that on my feet anymore.”