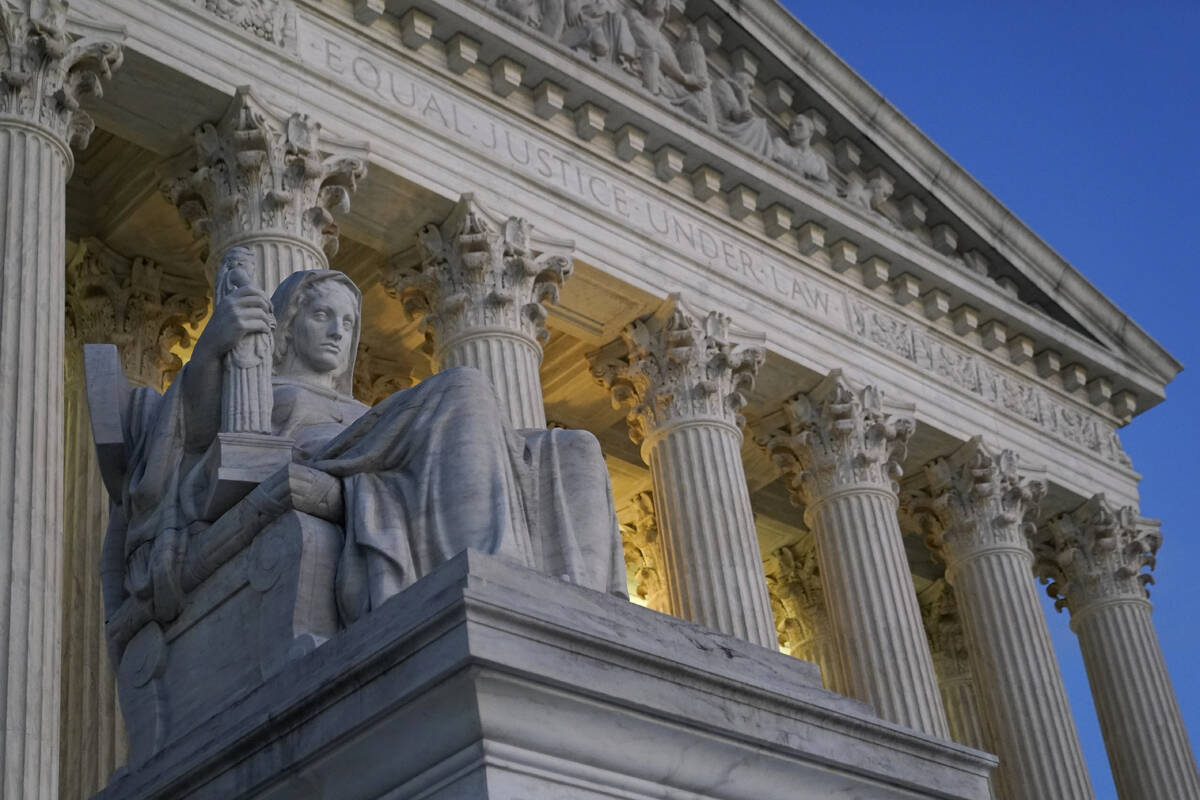 A Las Vegas police officer is asking the U.S. Supreme Court to hear her lawsuit alleging that the police union’s policy dictating when officers can revoke their membership violates her First Amendment rights.

The National Right to Work Legal Defense Foundation filed the lawsuit in August 2020 on behalf of officer Melodie DePierro. It alleged that although she tried revoking her membership, union dues were taken out of her paycheck because of an “impermissibly narrow escape period.”

DePierro filed a petition on Nov. 21 asking the U.S. Supreme Court to hear the case.

The lawsuit was filed in the aftermath of a 2018 Supreme Court ruling that struck down what was known as public union “agency fees,” which the court determined were a violation of employees’ First Amendment rights. The fees were levied on nonmembers at lower rates than full union dues and were intended to compensate unions’ collective bargaining representation, not political activities, according to The Associated Press.

Richard McCracken, a lawyer representing the police union, said the National Right to Work foundation has pursued multiple cases like DePierro’s since union membership did not significantly decline after the 2018 ruling. McCracken said he believes there is little chance the Supreme Court will agree to hear DePierro’s petition.

“There’s nothing unusual about this case,” he said.

Mark Mix, president of the National Right to Work Legal Defense Foundation, said it will take months to know if the Supreme Court will hear the lawsuit. He said that since the 2018 ruling, unions have been using restriction periods like the one in Metro’s collective bargaining agreement to determine when someone can resign from a union and stop paying dues.

“We’ll continue to challenge it because they’re wrong, and they’re violating the First Amendment rights of these employees,” Mix said.

DePierro has been described in court documents as a “decorated veteran police officer” who has worked for Metro since 2006. According to the lawsuit, DePierro sent letters attempting to resign from the union in January and February 2020, but her requests were denied because she tried to revoke her membership outside the 20-day period outlined in the union’s bargaining agreement.

The petition to the Supreme Court argued that DePierro has a First Amendment right to “stop subsidizing union speech.”

“Unlike in other cases recently considered by (the Supreme Court), the employee here never signed any document stating that she consented to abide by any restriction on her speech rights,” lawyers for DePierro wrote in the petition.

The petition argued that the 20-day resignation period was enacted in a new collective bargaining agreement from July 2019, and that the only form she signed authorizing dues deductions was in 2006.

Navarro dismissed the lawsuit in September without hearing oral arguments, court records show. The judge wrote that by joining the union, DePierro agreed to be bound by the collective bargaining agreement “as amended during the course of her Union membership,” according to the order dismissing the lawsuit.

“Plaintiff is not being compelled to support the Union without ever having authorized the Union to be her representative,” Navarro wrote. “Instead, she seeks to escape the consequences of a (collective bargaining agreement) she now regrets assenting to as a consequence of her Union membership.”