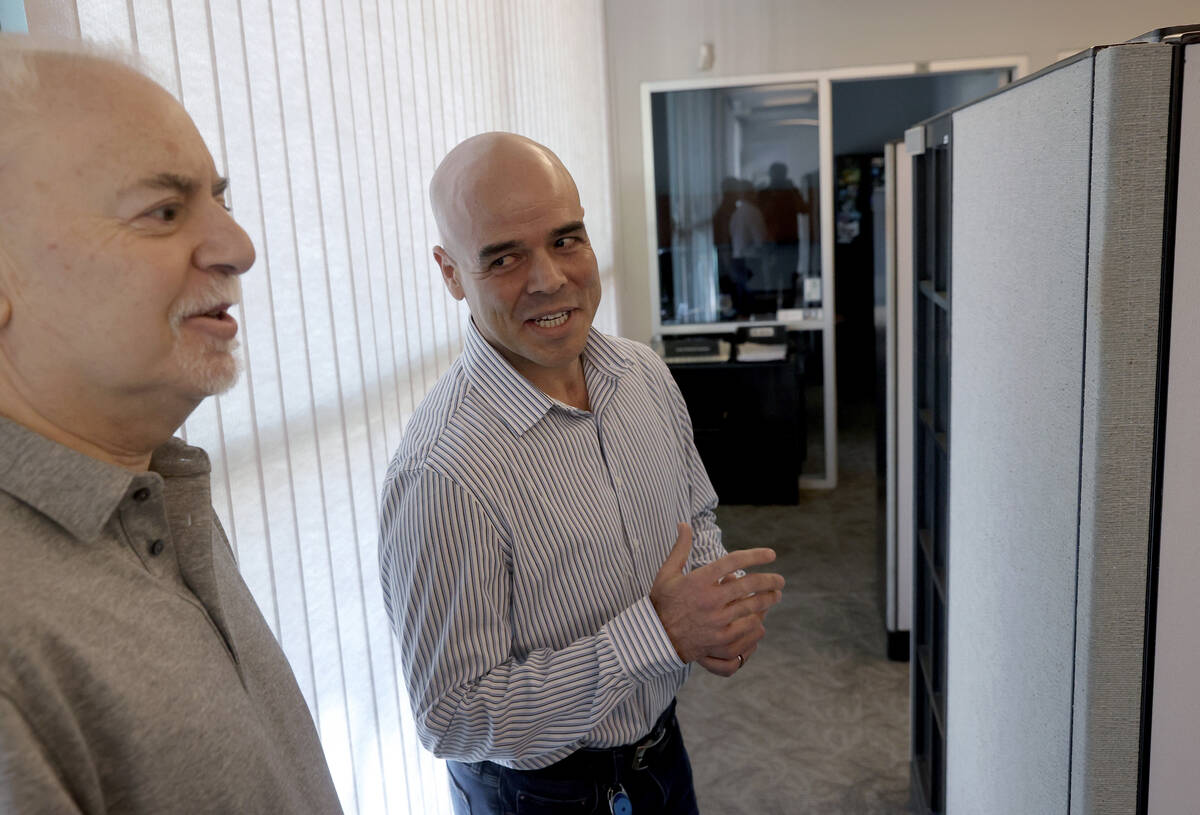 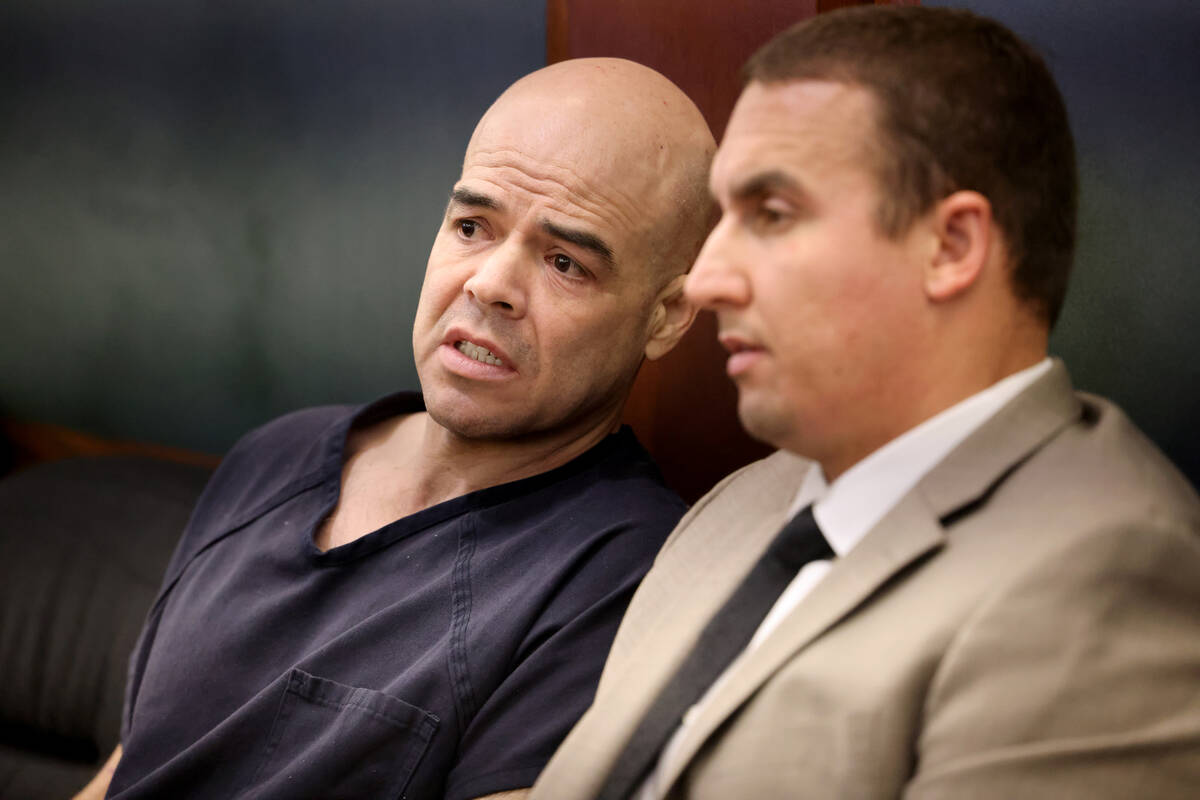 Hours before Las Vegas Review-Journal investigative reporter Jeff German was killed, then-Clark County Public Administrator Robert Telles was told that the county was preparing to release copies of his emails to the news organization.

According to copies of search warrants released to the Review-Journal on Thursday by Clark County District Court, homicide detectives investigating German’s death interviewed Roberta Lee-Kennett on Sept. 7, the day Telles was arrested on a murder charge.

German previously had reported on Telles’ conduct and allegations that he was having an “inappropriate relationship” with Lee-Kennett. The reporter was working on a possible follow-up story about Telles before he was killed on Sept. 2.

Lee-Kennett told Metropolitan Police Department detectives that the day before German was killed, she and Telles were sent an email from Clark County attorneys informing them that the county was planning to release “emails and Microsoft Teams messages between her and Telles” on Sept. 6, according to affidavits prepared in support of the search warrants.

After German’s death, the Review-Journal received some emails between Telles and Lee-Kennett, but officials indicated that emails deemed to be of a “personal nature” or unrelated to official county business were not released.

At about 7:30 a.m. on Sept. 2, Lee-Kennett emailed Telles about the message from the county attorneys. Telles responded that he would “review the email,” the affidavits state.

At 9:12 a.m., a maroon GMC Yukon Denali registered to Telles’ wife left their home, according to the document. Surveillance footage first captured a similar vehicle near German’s house at about 10:54 a.m.

Prosecutors have said a man walked into German’s side yard at 11:18 a.m. and waited about five minutes before German came outside. The reporter then was immediately attacked.

Previously released footage showed the suspect leaving German’s house and arriving again in a GMC Denali, then walking back toward where German’s body was found before driving away from the scene.

German, 69, was found dead with multiple stab wounds the following day outside his home. Telles was arrested after officials said his DNA was found underneath German’s fingernails.

Telles has pleaded not guilty to a charge of murder with a deadly weapon against a victim who is 60 or older.

Officials have pointed to German’s reporting as a motive in the case. According to the search warrant affidavits, Lee-Kennett told detectives that Telles was “very upset and angry with German over the release of the article and the timing of the release so near to his re-election campaign.”

“Telles was also concerned about the release of future articles by German,” Lee-Kennett told detectives, according to the affidavits. “Lee-Kennett was aware that the articles had caused Telles professional problems with his legal career as an attorney.”

Telles lost his bid for re-election in the June primary, and a judge removed him from office in October, before the end of his term.

District Court released 14 search warrants on Thursday, after District Judge Michelle Leavitt on Tuesday granted a motion from the Review-Journal to access copies of all warrants executed during the investigation into German’s death.

The warrants were issued for detectives to search through Telles’ home, social media accounts, cellphone records, cars and workspace at the public administrator’s office. Police took multiple electronic devices from Telles’ home and office, including phones, computers and hard drives.

Detectives also probed Lee-Kennett’s social media platforms and seized her computer from the county office, records show. One affidavit indicated that officials wanted records showing her communication with Telles on Facebook and Instagram in an attempt at “proving or disproving Roberta’s involvement in the murder of German.”

Lee-Kennett did not reply to a request for comment on Thursday.

A detective wrote that Lee-Kennett also had communicated with Telles on the day German was killed about a future story that German was working on, according to the affidavit related to a search for Facebook and Instagram communication.

Lee-Kennett switched departments within the county shortly after German was killed, according to a county spokesman.

The records also indicate that detectives were searching for other potential suspects in German’s killing days before Telles was arrested. On Sept. 5, officials requested a search warrant for cellphone data recorded during a series of early morning burglaries at nearby restaurants.

On that day — the same day police released surveillance images of the unidentified murder suspect — detectives began receiving phone calls from “anonymous persons” advising that Telles was upset about articles German had written, according to the affidavits.

The following day, police released an image of the GMC Denali involved in the killing. That evening, Review-Journal reporters saw a vehicle with a similar description outside Telles’ home.

Police wrote in one affidavit that detectives were observing Telles that evening as he washed a Denali. The next morning, Telles left the home in his wife’s Tesla but was stopped by police at about 6:20 a.m.

As detectives were handcuffing Telles to detain him, he told police that he had a cut on his finger from cutting food the night before, according to the affidavit. Detectives later noted several small cuts on Telles’ hands and found that a “sharp force injury” to Telles’ finger had been closed with super glue.

The warrants released Thursday also document police seizing multiple devices from German’s home. The Review-Journal has been working to prevent officials from searching the devices, which could contain information about German’s confidential sources.

The Nevada Supreme Court this week granted a preliminary injunction that prevents officials from searching through any car owned by German that contains data related to his newsgathering. Last month, Metro filed an appeal with the Supreme Court challenging a preliminary injunction granted by District Judge Susan Johnson that prevents officials from searching German’s devices. That appeal is pending.