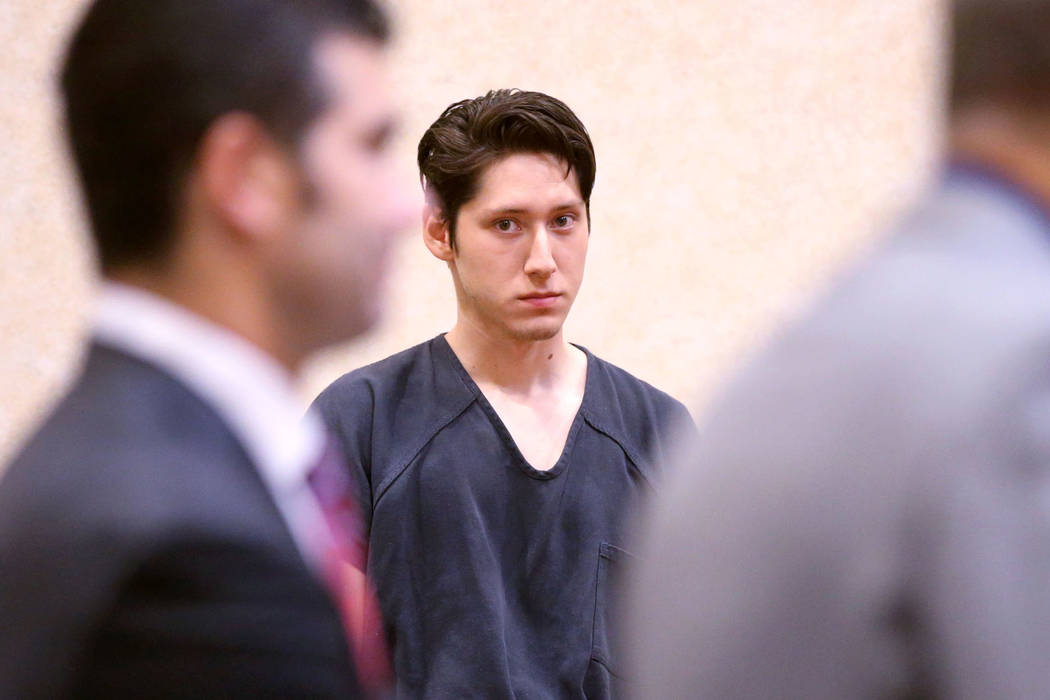 Prosecutors announced Tuesday that they intend to seek the death penalty against a 21-year-old man accused of raping and killing UNLV student Paula Davis.

“In my almost eight years as district attorney, this is one of the strangest and saddest cases I’ve seen,” Clark County District Attorney Steve Wolfson said after a group of prosecutors and a defense attorney met to discuss the case against Giovanni Ruiz. “Two families are ruined needlessly, unnecessarily. The justice system will play out to see how justice prevails in this case.”

Ruiz was arrested after Davis’ body was found naked in her family’s van on Sept. 6 at a North Las Vegas park. Police have said she sent Ruiz a breakup text message the same day.

A Clark County medical examiner testified before a grand jury that she noticed signs of sexual assault that appeared to indicate that Davis, 19, was raped as she was dying from two gunshot wounds to the head, according to transcripts obtained by the Las Vegas Review-Journal.

Ruiz’s attorney, Gabriel Grasso, attended Tuesday’s meeting with prosecutors in an effort to persuade them not to seek capital punishment.

“Needless to say, I’m disappointed with the state’s decision,” Grasso wrote in an email to the Review-Journal, “but this isn’t my first go-round in a situation like this and my job hasn’t changed, only my awareness that any mistakes on my part could be deadly.”

Davis’ family, devoutly Catholic, has expressed opposition to the death penalty for Ruiz through her father, Sean Davis.

Ruiz was a graduate accounting student at UNLV, where Davis was studying economics.

The same day that Ruiz was taken to jail, detectives found a semi-automatic handgun, missing two rounds, along with a receipt for the weapon hidden inside a suitcase in Ruiz’s home, according to police. It was purchased two days before Davis was killed.

The two had dated, but Davis tried to break up with Ruiz in the days before her father found her dead, according to grand jury testimony. She had described him as possessive and jealous, police have said.

Authorities believe Ruiz killed Davis within an hour after she sent him a text message indicating she wanted to move on from their relationship, according to court records.