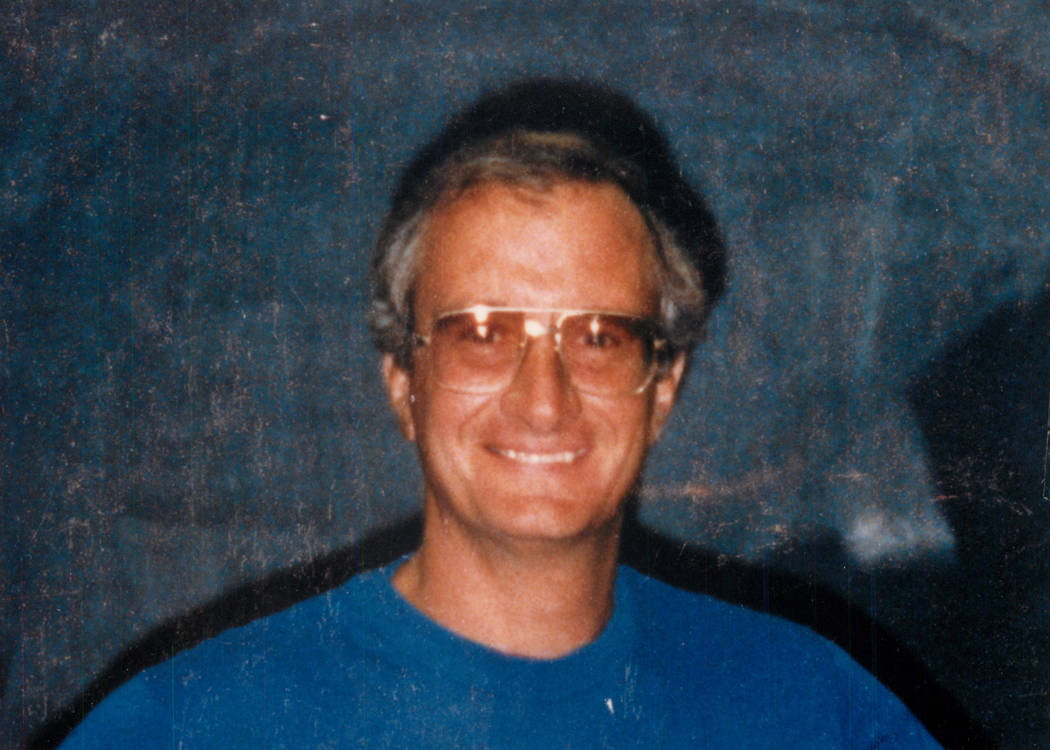 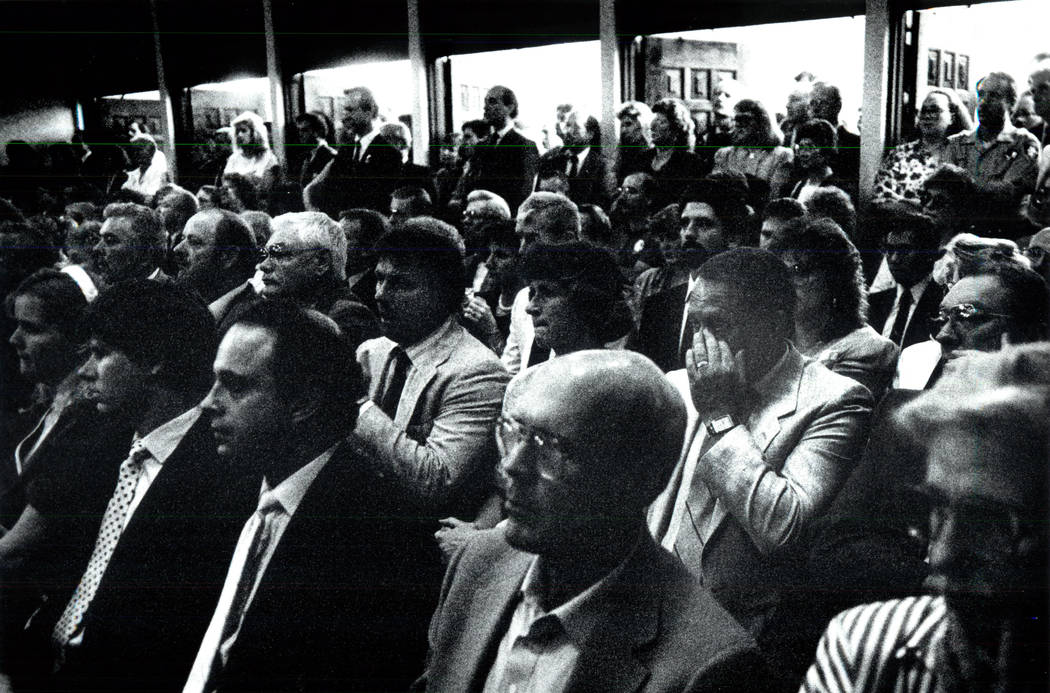 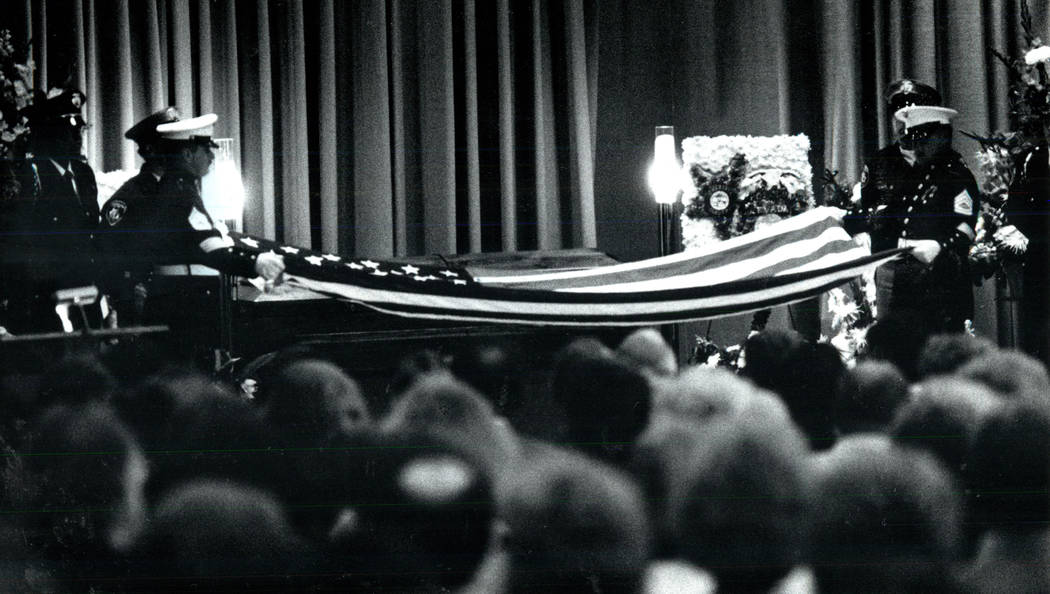 Members of the Marine Corps fold a flag over the casket of slain FBI Agent John Bailey at Palm Mortuary in 1990. (Las Vegas Review-Journal File Photo) 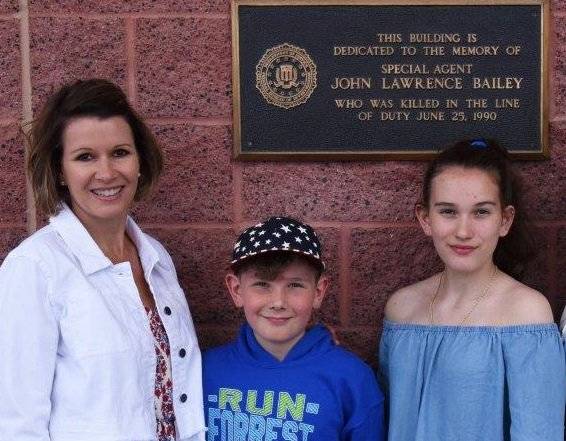 Special Agent John Bailey's daughter and grandchildren outside the FBI building in Las Vegas, which was named in his honor. (Federal Bureau of Investigation)

A new trial has been set for a man sent to death row nearly 30 years ago in the killing of an FBI agent during a Las Vegas bank robbery.

The suspect, Jose Echavarria, was transferred Tuesday from the custody of the Nevada Department of Corrections to the Clark County Detention Center to await trial, which is scheduled to begin Nov. 16, 2020, in Clark County District Court, according to jail and court records. His trial originally was set for Jan. 13, 2020, but was postponed Wednesday, the records show.

His appeal was granted in May by the 9th U.S. Circuit Court of Appeals.

Echavarria was convicted of murder in 1991 in District Court for fatally shooting FBI Special Agent John Bailey on June 25, 1990.

On that day, Bailey happened to be in a Security Pacific Bank branch on FBI business when a man disguised as a woman — later identified as Echavarria — pulled a gun on a teller. Bailey scuffled with the robber and was fatally shot. The FBI’s Las Vegas building is now named for Bailey.

Echavarria was arrested the next day in Juarez, Mexico, and was extradited to Las Vegas to face charges in Bailey’s death.

In January 2015, U.S. District Judge Miranda Du found that Echavarria had received an unfair trial. She granted his petition for writ of habeas corpus, which would have resulted in his release if the Nevada attorney general’s office had not appealed.

A panel of three 9th Circuit judges in July last year affirmed Du’s decision. The panel found that Echavarria’s right to due process was violated because of alleged bias on the part of presiding District Judge Jack Lehman, who had been investigated years earlier for possible criminal prosecution by Bailey.

Echavarria’s lawyers had argued that it was not until after Echavarria’s first trial that they had learned of the investigation into Lehman, who died in 2017, over a questionable land deal when he was a member of the Colorado River Commission.

“An average judge in that position would have feared that rulings favoring Echavarria, tipping the outcome toward acquittal or a sentence less than death, could cost him his reputation, his judgeship, and possibly his liberty,” according to the 30-page opinion.

The state argued that there was no risk of bias because federal and state authorities previously had declined to prosecute Lehman.

“The question is whether an average judge in Judge Lehman’s position would have feared that the FBI might reopen its investigation or renew its advocacy for state prosecution if he made rulings favorable to Echavarria,” wrote Judge William Fletcher, who authored the panel’s opinion.