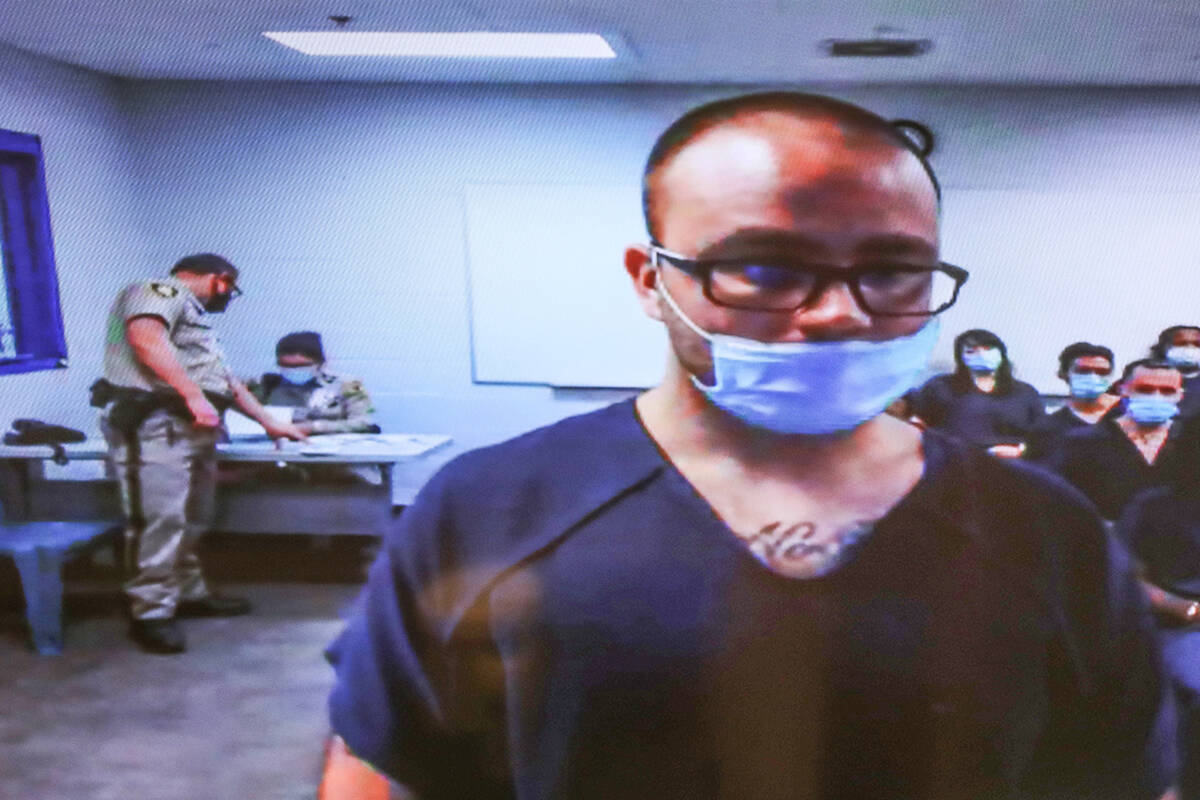 Philip O'Reilly, who is charged in the slaying of his girlfriend, Cheryl Beardall, appears virtually for a hearing at the Regional Justice Center on Wednesday, Sept. 8, 2021, in Las Vegas. (Rachel Aston/Las Vegas Review-Journal) @rookie__rae 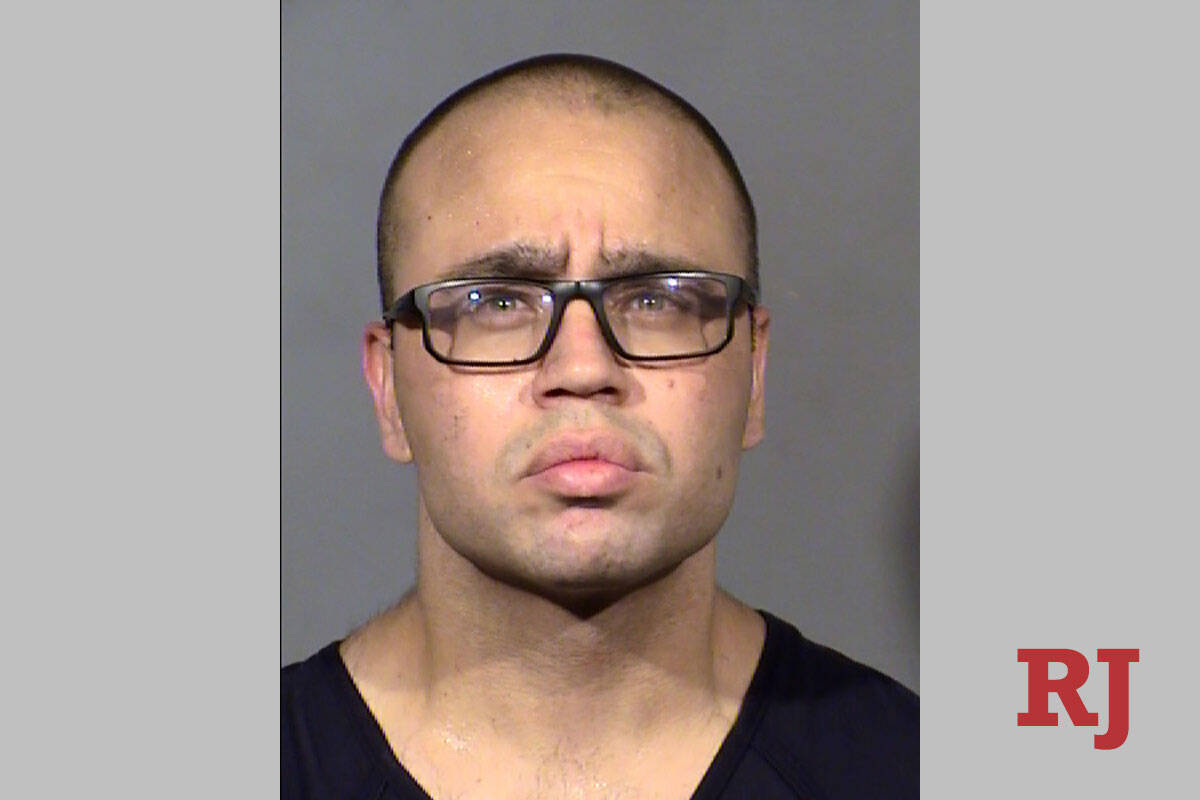 Investigators used records from social media, a rental truck company and the victim’s phone to tie a Henderson man to the death of his missing girlfriend, according to court documents made public Wednesday.

And Philip O’Reilly’s adopted sister told police as early as July 2020 — around the same time that 34-year-old Cheryl Beardall, a mother of three, was last seen alive — that he might have killed his longtime girlfriend, grand jury transcripts showed.

“I said, ‘I think it’s possible,’” Catherine Pickett testified. “Where would she go? Who would leave your children? But then at the same time the police officer said this happens a lot, more often than people are aware of.”

Beardall’s body has never been found.

O’Reilly, a felon who served time in prison for the attempted murder of a former girlfriend, was indicted last week on a murder charge in connection with Beardall’s death.

By September 2020, Beardall’s sister, Jessica Knuutila, had not heard from her in about two months.

She testified that O’Reilly minimized the woman’s contact with family and friends.

“She was permitted probably once or twice a year to go to my grandparents’ house for either a birthday dinner for the kids or a Christmas dinner, like a holiday dinner, but the moment she got a text message from him, she had to leave,” she testified. “She did have some friends that were permitted to be around them but eventually they stopped going around either by altercations between them and Philip or they felt that she was not being treated right.”

In August 2020, Pickett received a message from Beardall’s Facebook account, which was linked to an IP address from a home in North Las Vegas where O’Reilly was staying with friends, Henderson police officer Nathan Calvano testified.

“Philip always said he only stayed with me for the kids,” the message stated. “Now he has them, and I’m with someone who cares about me more than he ever did.”

Pickett grew suspicious, the records showed, and sent her brother a text message.

In a profanity-laced message, he responded: “Keep your conspiracies to yourself. I have to deal with enough with my kids worrying about their mom and I can’t even get her to respond for the school stuff.”

After Beardall’s Facebook account was deleted on Sept. 21, investigators tracked the computer that was used to close the account back to the North Las Vegas home where O’Reilly was staying.

Confronted later by investigators about Beardall’s disappearance, O’Reilly said that she had left him because she “wanted to know what it would be like to be with a man that was more endowed.”

O’Reilly made a brief court appearance by video Wednesday from the Clark County Detention Center.

He also faces two counts of child abuse, and a judge ordered him back in court on Friday after he said he could not afford to hire an attorney.

Two of Beardall’s children, 11 and 14 at the time, last saw her — beaten and bloody but still alive — on a corner of a bed in the primary bedroom of their home, authorities said.

The children testified that she was routinely the victim of physical abuse and had been whipped with a dog leash. O’Reilly had the younger child bring him the leash and ice packs for the beatings, according to the indictment.

“I remember her in the corner scared,” the younger child testified. “The blood was — the bed was red, like there was a bunch of red on the bed. And the room was like a complete mess.”

The children told police that O’Reilly rented a truck to move their belongings and furniture to North Las Vegas.

“So somewhere during that transit they stopped at a unknown apartment complex,” Calvano testified. “Philip told the kids to remain inside of the vehicle. He got out and pulled the mattress and the box spring out of the U Haul and discarded it in a dumpster enclosure at the apartment complex.”

The children stayed with O’Reilly for weeks after that. He told them their mother had taken drugs and was missing.

“He did deceive us by trying to make his side look better so we said we would stay with him,” the younger child said. “He told us that if we stayed with him we’d have a good life.”

In another case, O’Reilly faces 27 counts of lewdness, sexual assault with a minor, and child abuse, neglect or endangerment in connection with abuse and sexual attacks on two children dating back a decade before Beardall went missing. An attorney who represented O’Reilly in that case could not be reached for comment Wednesday.

O’Reilly was on house arrest in that case when he was arrested in connection with Beardall’s killing, authorities said.

In 2008, O’Reilly was sentenced to four to 10 years in prison for an attempted murder conviction. Prosecutors at the time said he slammed his Honda Civic into his former girlfriend’s pickup truck after she broke up with him.

Throughout his relationship with Beardall, O’Reilly maintained a regular presence on social media, often posting selfies of the two, sometimes showing photos of her exercising.

Even after Beardall disappeared, he remained active, though more sporadically.

In January, his aunt contacted him on Facebook, saying she had not seen any recent posts.

“Going through the separation has taken its own toll,” he replied. “I just needed a break from a lot for a couple of weeks.”

His aunt wrote back.

“Glad to hear all is improving. Did Cheryl get located? You’re in my prayers always. Love you.”

He did not respond.