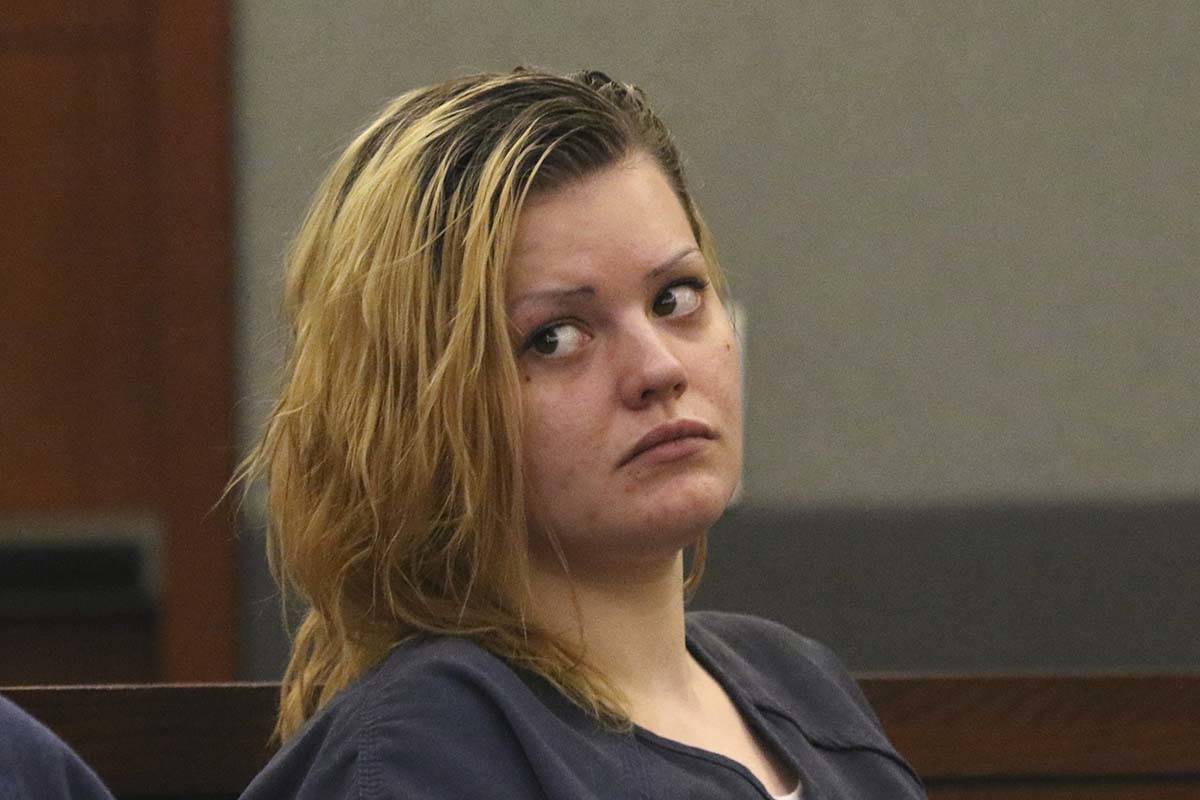 In this July 16, 2019 photo, Krystal Whipple appears in court at the Regional Justice Center. Whipple was sentenced Friday to 10 to 25 years in prison in connection to the death of nail salon manager Nhu “Annie” Ngoc Nguyen. (Bizuayehu Tesfaye /Las Vegas Review-Journal via AP)

“Quality time was something my mom would have been anticipating for a long time,” Le told a judge on Friday. “No one would have known, though, that the rare occasion that our family gathered for my mom’s sake would be our final moments with her.”

Le said Nhu “Annie” Ngoc Nguyen often worked 12 to 14 hours a day, seven days a week as a manager of a Las Vegas nail salon. Nguyen died in December 2018 after being struck by a stolen rental car and dragged through the salon’s parking lot.

District Judge Tierra Jones sentenced Krystal Whipple on Friday to a prison term of 10 to 25 years for the killing.

Whipple, 23, who pleaded guilty in December to second-degree murder, offered no statement at her sentencing hearing. She initially faced burglary, robbery and stolen vehicle charges in connection with the death.

Prosecutors said Whipple fled to Boulder City then Los Angeles with fake identification before driving to Arizona, and planned to travel as far as North Carolina before her arrest in January 2019.

At Friday’s hearing, Le told the judge through a video feed that Nguyen, a Vietnamese refugee, raised her and her sisters as a single mother, always thinking of her children first.

“She was the epitome of selflessness and always assumed responsibility as the head of the household,” said Le, the victim’s youngest daughter. “My greatest regret is not being able to take off that baggage for her, and to make her proud of what I’ve accomplished through her. My achievements are her achievements, and I want her to know that her efforts were not wasted. We all miss her very much.”

The salon manager and her boyfriend followed Whipple outside to stop her, authorities said, but the woman got behind the wheel of a stolen black Camaro and struck Nguyen, dragging the 51-year-old across the parking lot.

“This is just absolutely horrifying that someone lost their life just trying to work and provide services to someone,” the judge said.