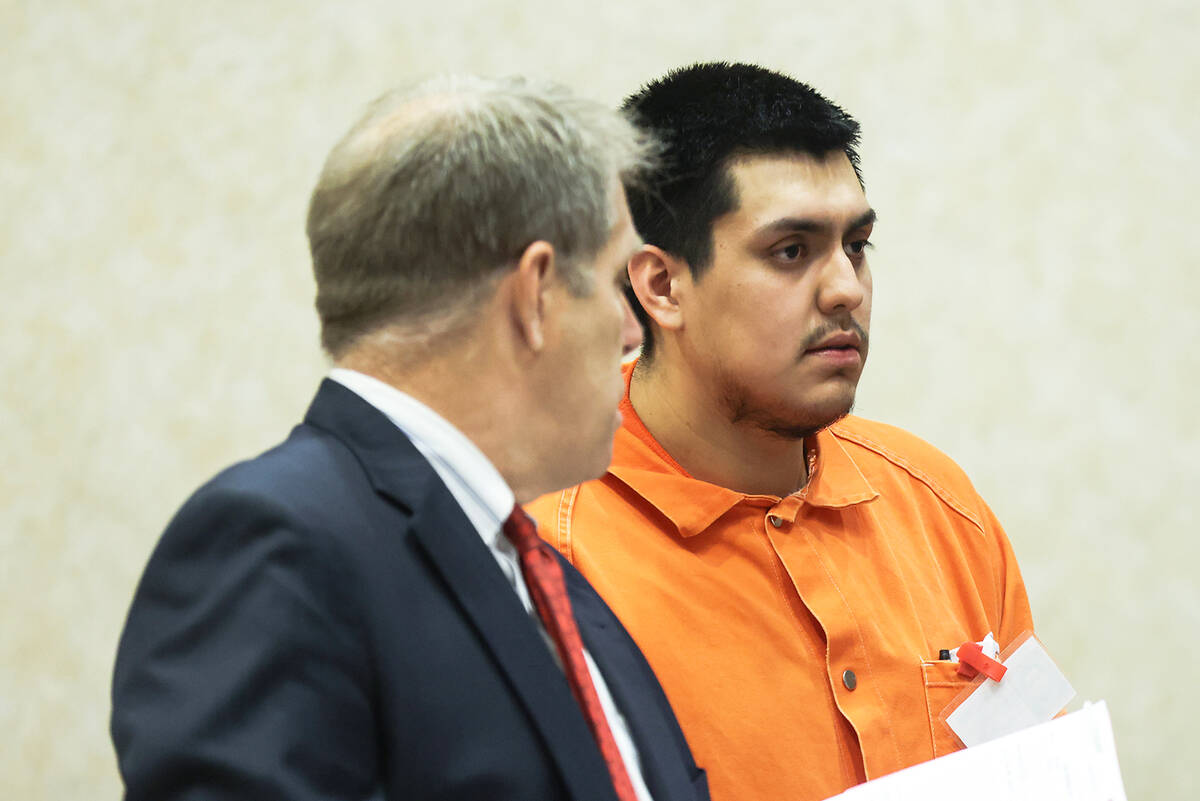 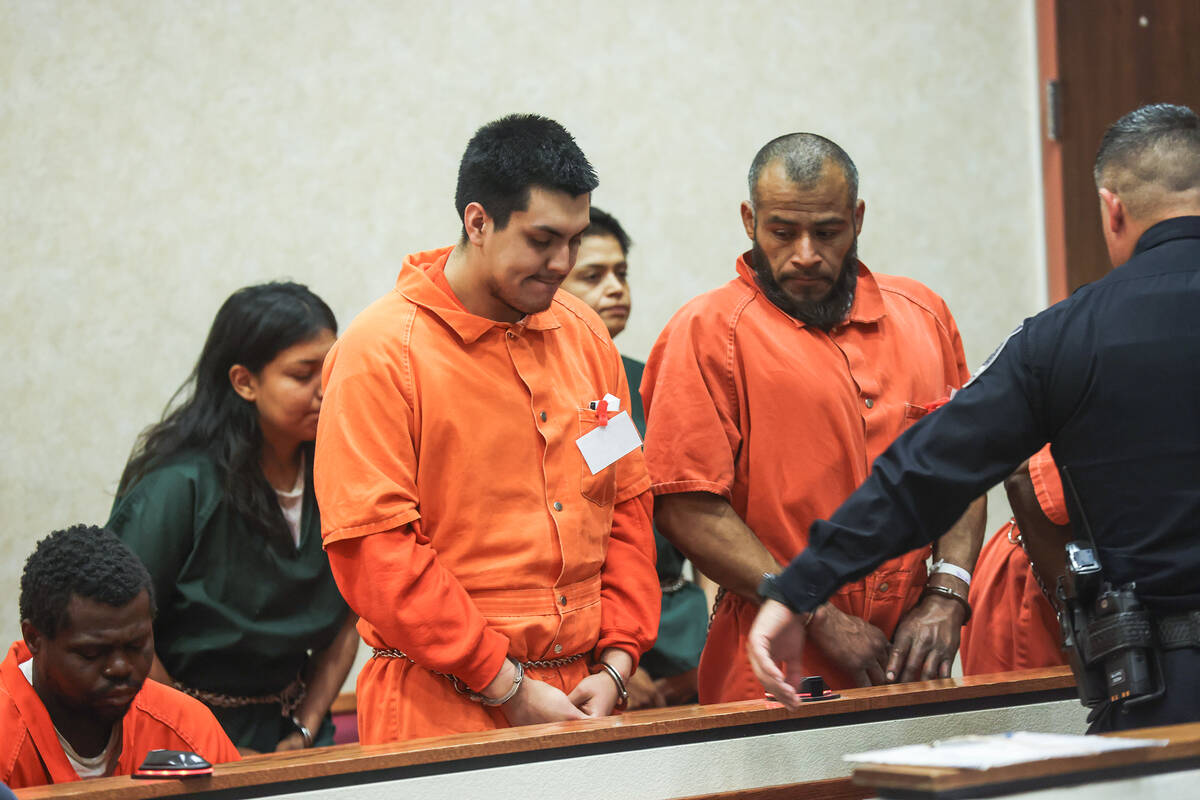 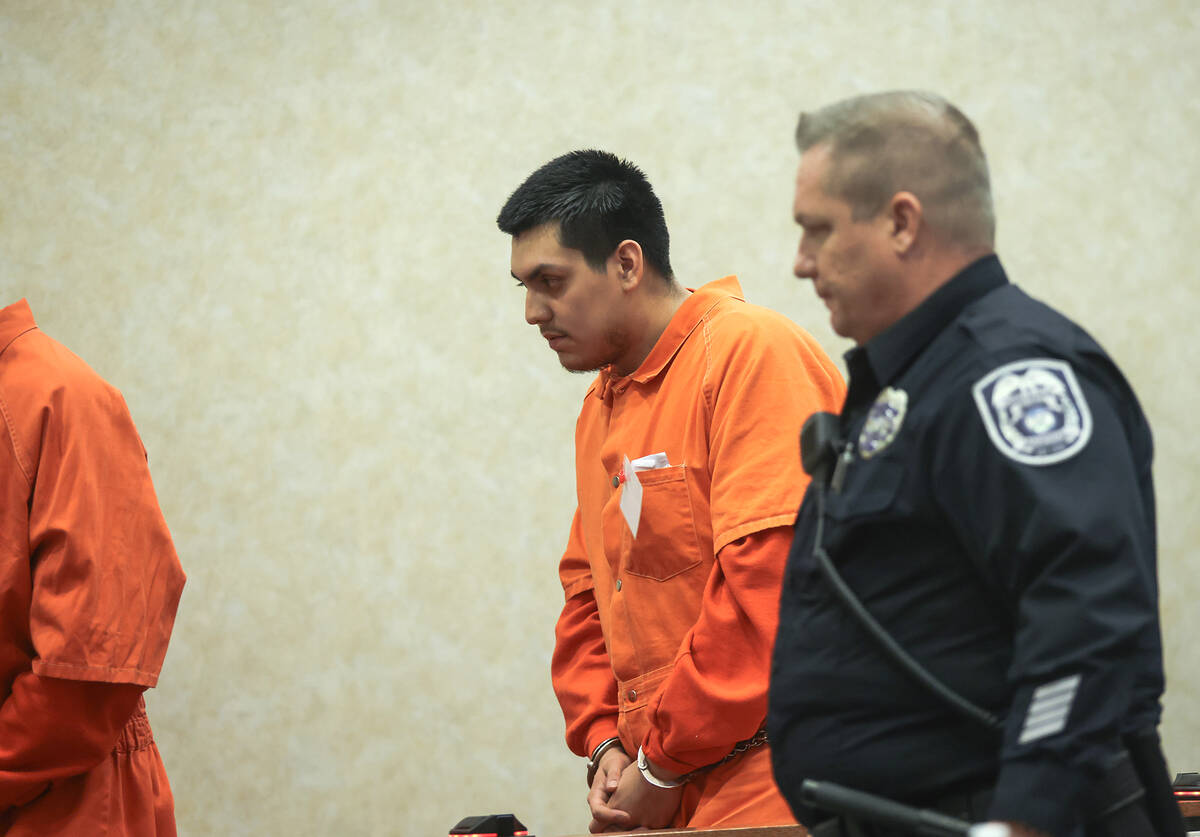 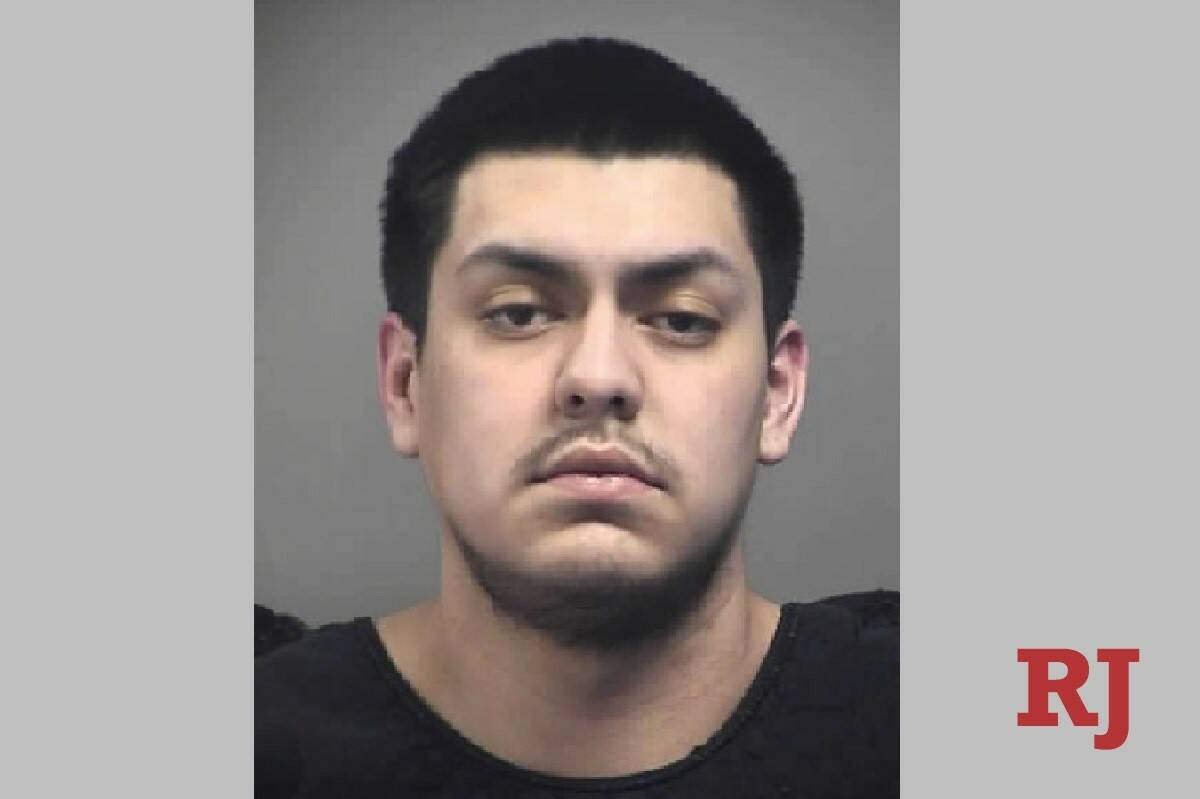 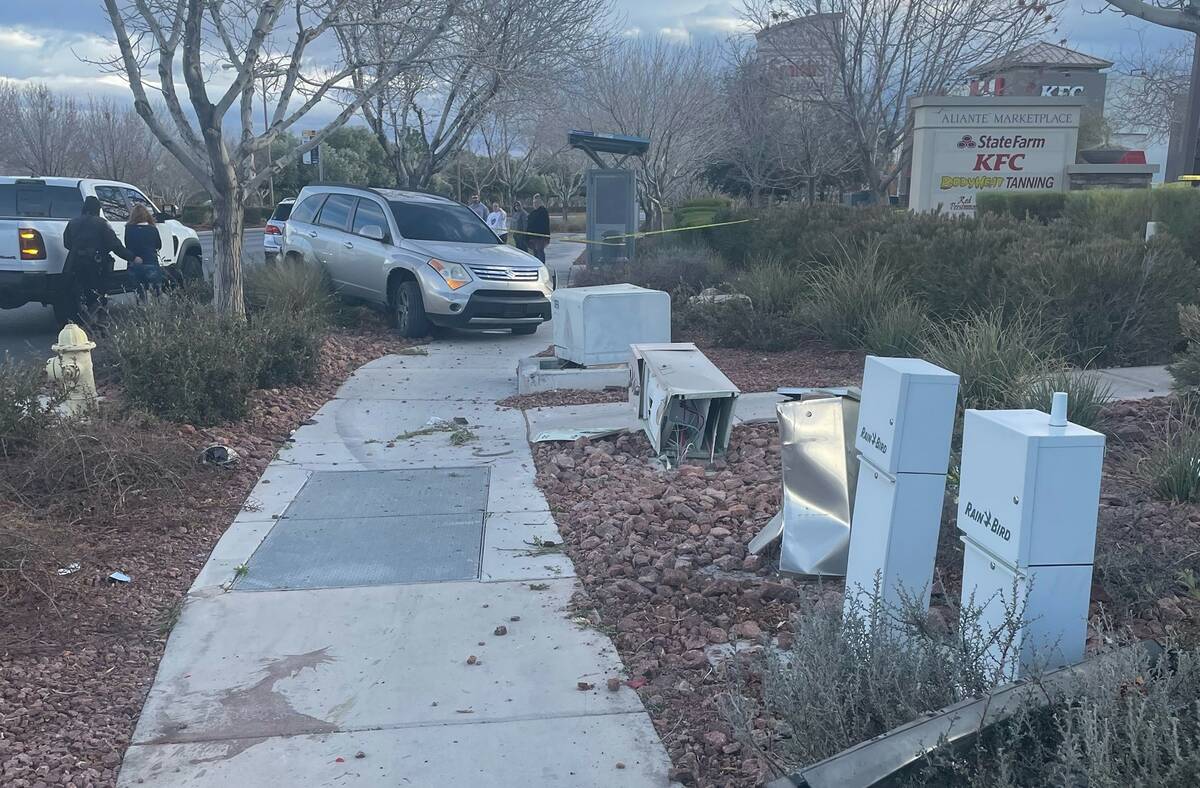 A woman believed to be in her 50s died after an SUV struck another vehicle and then a man and a woman on the sidewalk at North Aliante Parkway and Nature Park Drive on Jan. 1, 2023 in North Las Vegas. (Photos courtesy North Las Vegas Police) 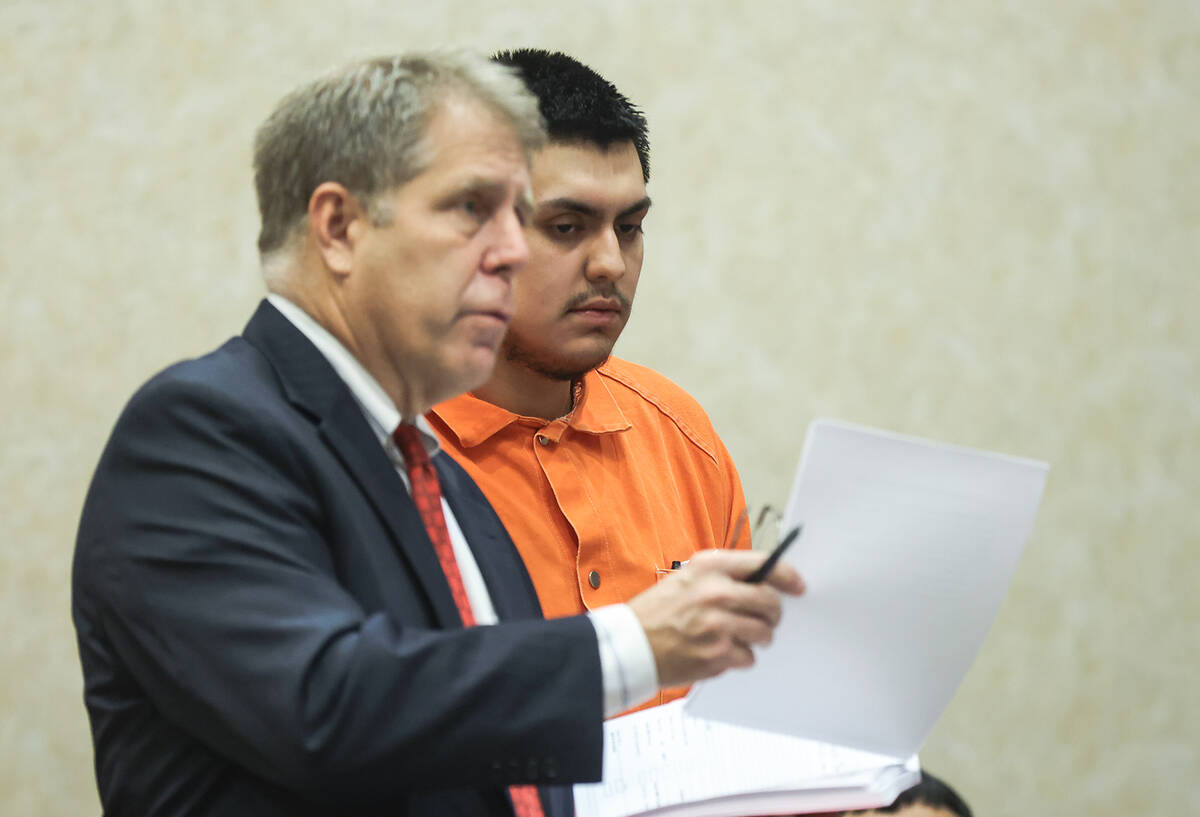 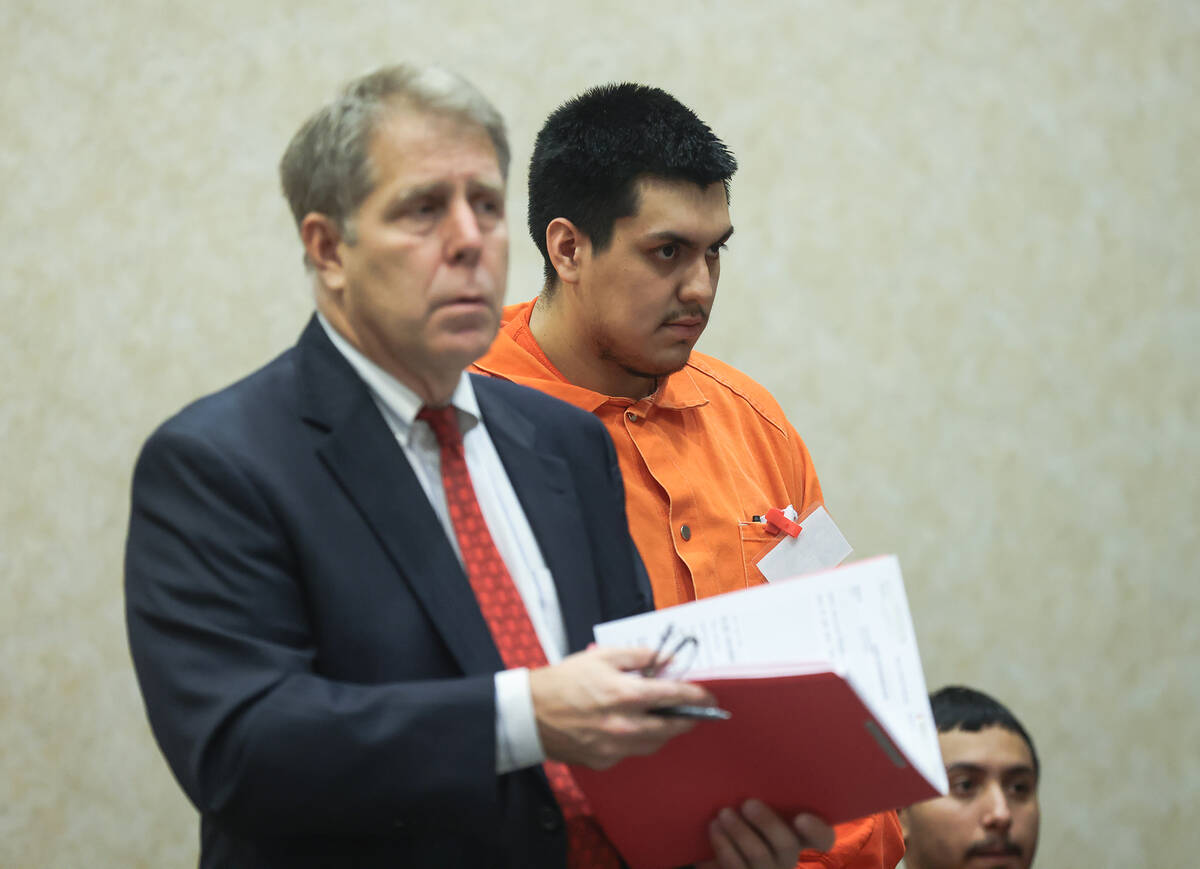 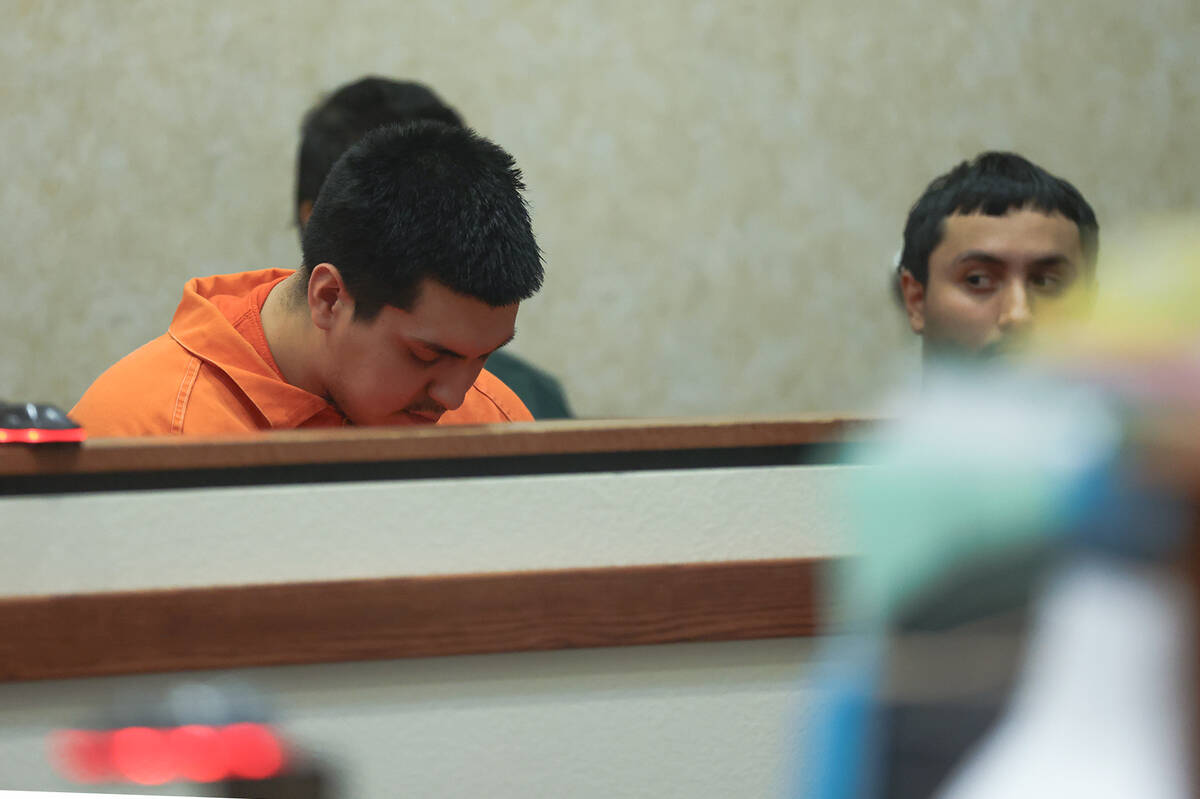 A North Las Vegas man was driving about 20 mph above the speed limit while under the influence of marijuana when police allege he caused a crash that killed two pedestrians on Sunday.

Fernando Reyes, 21, was arrested and faces 16 charges related to him backing his Suzuki XL7 into another car, driving off, running a red light and crashing into another car, which caused the Suzuki to strike two pedestrians at North Aliante Parkway and Nature Park Drive around 2:40 p.m. on New Year’s Day, according to police.

In a hearing Thursday morning, Reyes waived his right to a preliminary hearing and the case was bound up to Clark County District Court. He is being represented by Craig Mueller, who could not immediately be reached for comment after the hearing.

Mueller said during the hearing that Reyes was accused of being high on Xanax at the time of the crash, though the report discussed marijuana products.

Reyes’ charges include leaving the scene of a crash, reckless driving, impaired driving, operating an unregistered vehicle, violating an instructional permit, and driving without a seat belt, jail records show.

The coroner’s office Tuesday identified the pedestrians as Tracy Sundberg, 51, and Randall Ray, 68.

After the crash, Reyes was tackled by witnesses who held him down until police arrived, according to the arrest report.

Police noticed the smell of marijuana coming from Reyes and his vehicle. His backpack was filled with several edible cannabis products and cannabis vape pens, according to the report.

The results of Reyes’ blood draw were pending as of Wednesday.

Police said Reyes’ speech was slow, his eyes were slow to move around and he “didn’t show concern about the collision or the injuries sustained by the pedestrians,” according to the report.

Reyes plead guilty to assault and battery in 2019 and was sentenced to six months of probation and ordered to complete impulse control counseling, according to court records.