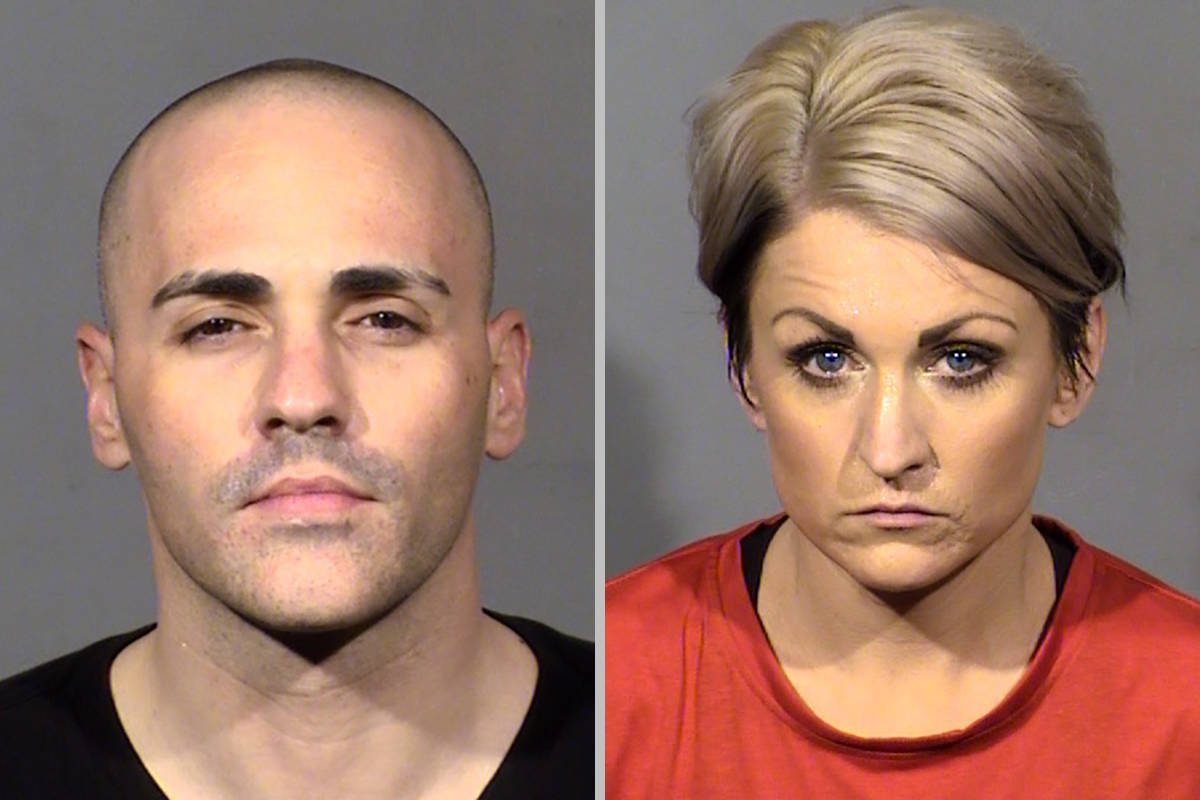 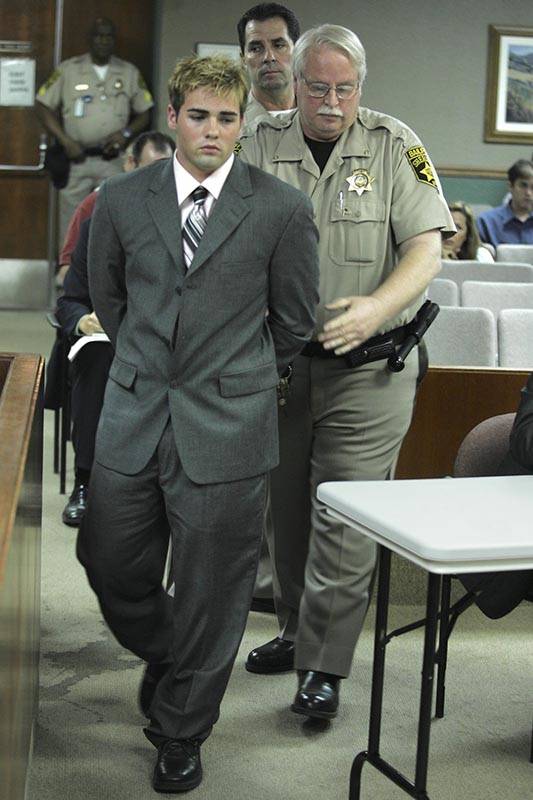 Steven Gazlay is taken into custody after being sentenced in District Court on Aug. 6, 2004. (Review-Journal file photo) 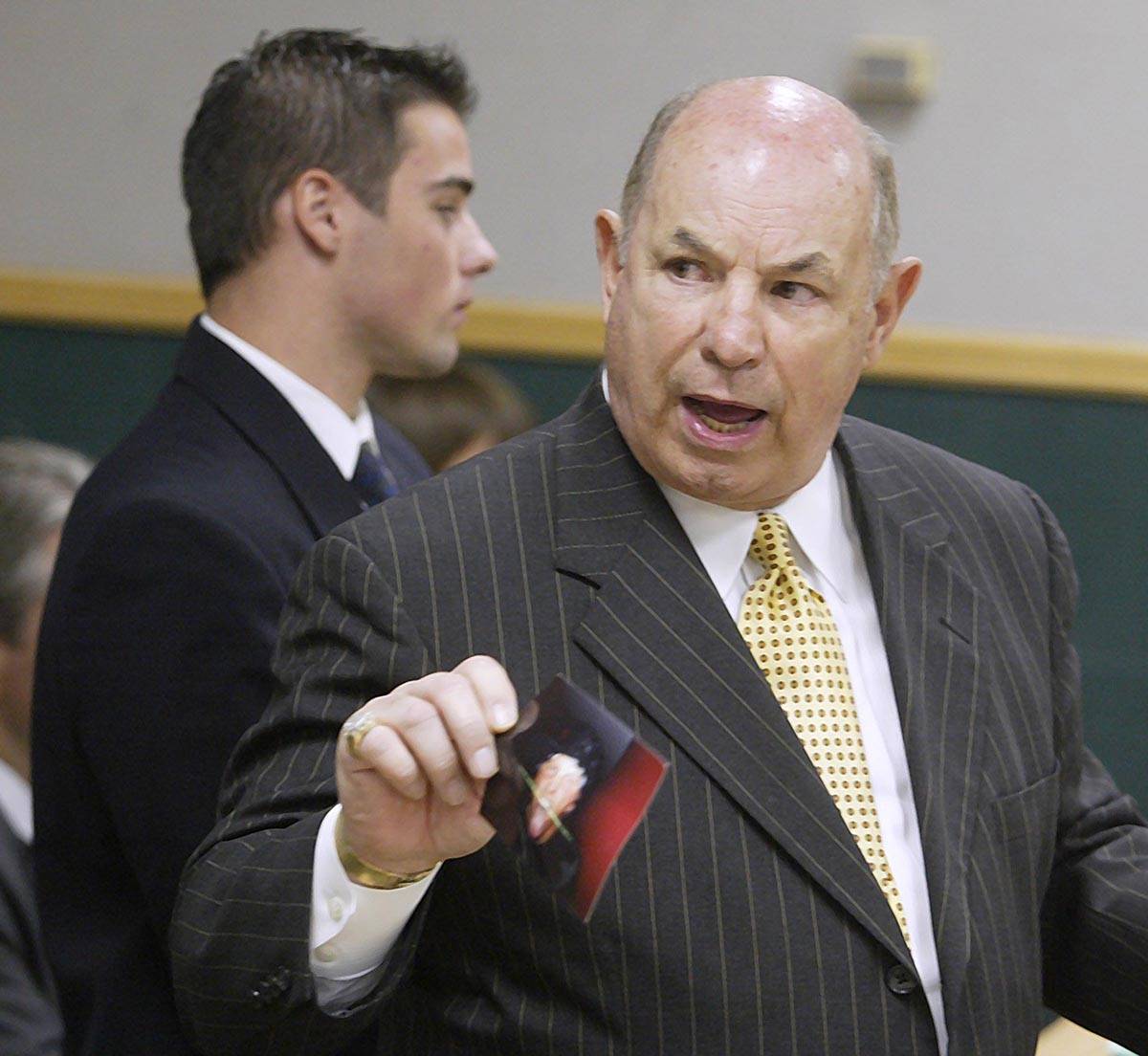 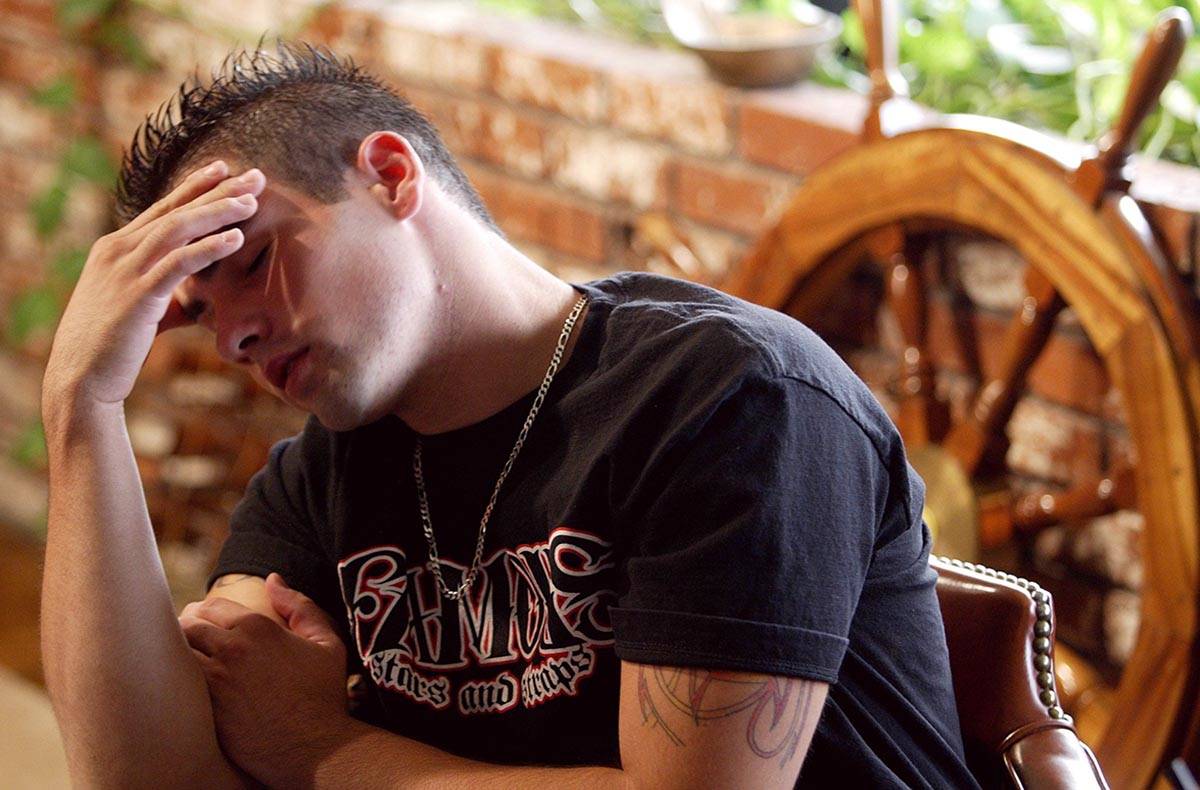 Steven Gazlay pauses during an interview at his attorney's office on Sept. 4, 2003. (K.M. Cannon/Las Vegas Review-Journal) 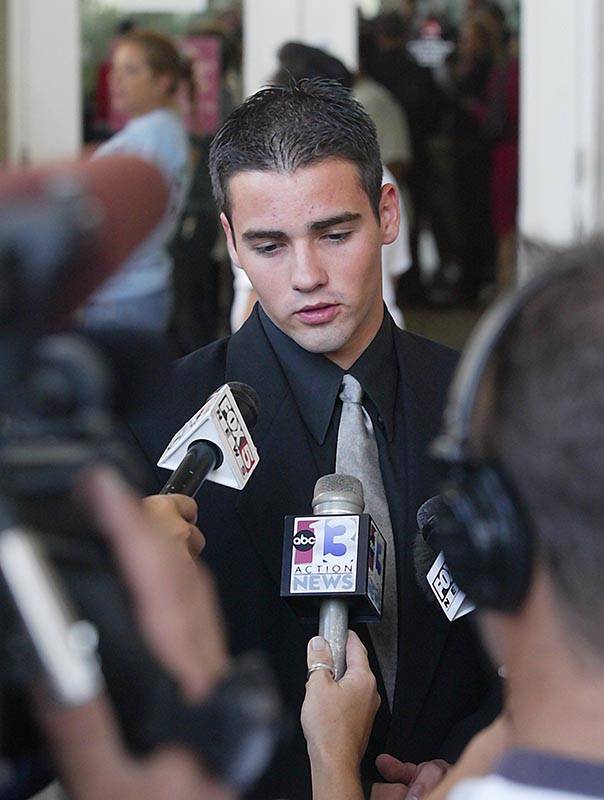 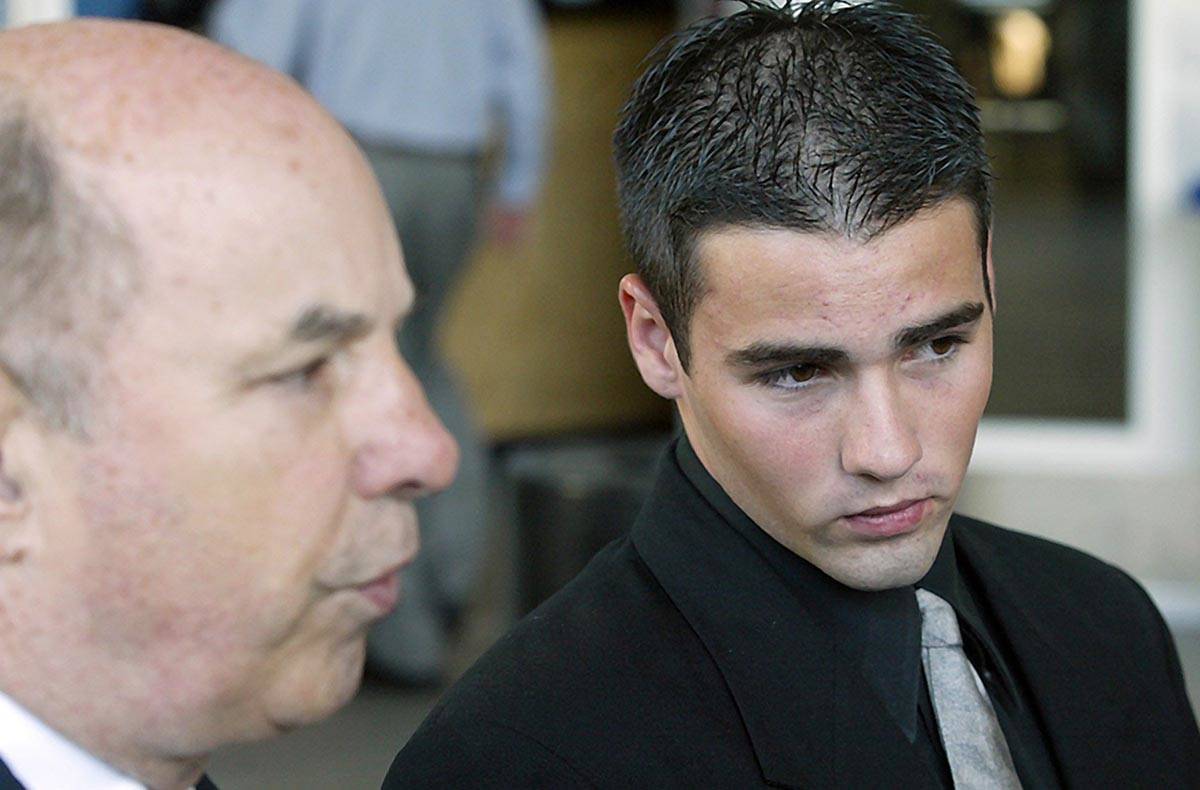 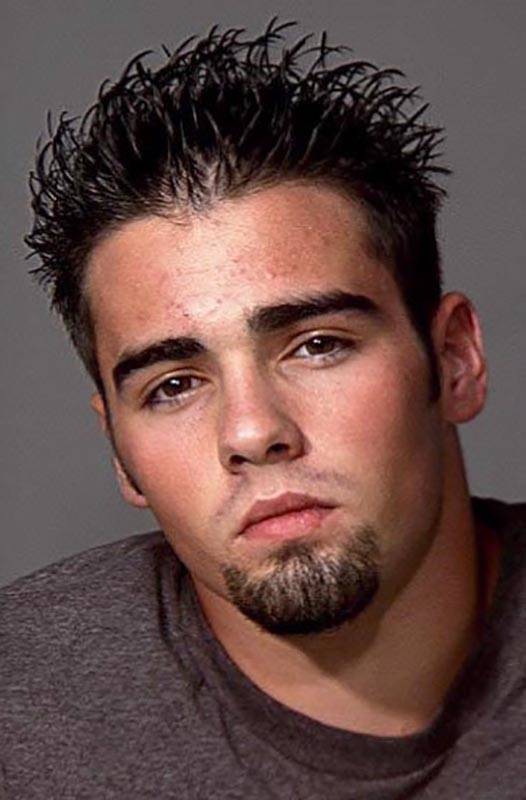 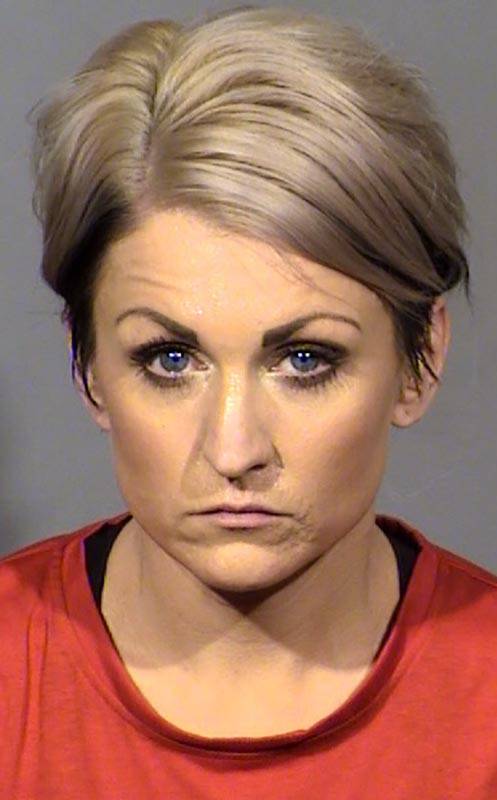 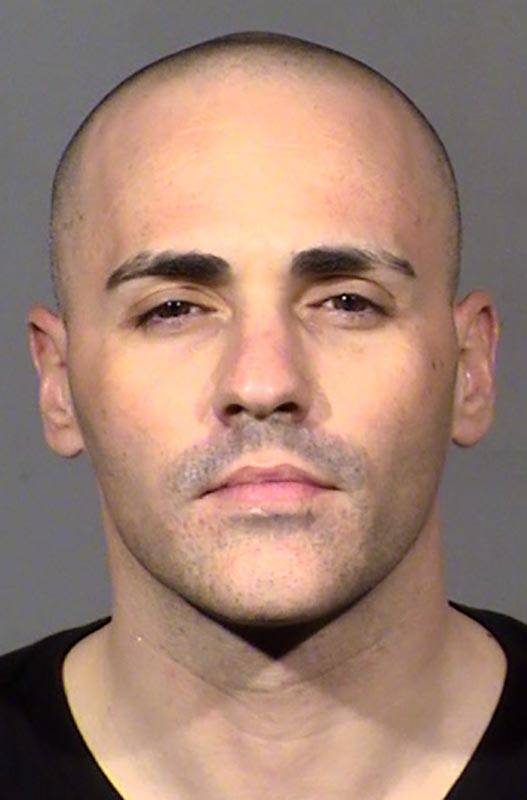 Felon Steven Gazlay, who began his criminal career almost two decades ago with a notorious gang of mostly white upper-class teens, has been charged with swindling a lender out of more than $700,000 to fund a high-stakes gambling spree.

Gazlay, 36, first made headlines in Las Vegas in 2003 when members of the 311 Boyz maimed a teen with a rock. He was ultimately convicted of beating another young man with a crowbar. He has been in and out of prison since, according to law enforcement and Nevada Department of Corrections records.

He and his girlfriend, 36-year-old Dana Bevers of Las Vegas, are now each charged in warrants with a 2020 mortgage scam that police say defrauded a hard-money lender out of more than $707,000. Attorneys for both could not be reached for comment on Friday.

A 32-page arrest warrant filed against Gazlay and Bevers by the Las Vegas police financial crimes division stated that Gazlay has a “prolific criminal history.” He was released from High Desert State Prison in 2019 and has eight felony convictions.

The warrant also states that he has arrests, but no convictions, on suspicion of murder, mayhem, attempted murder, theft, allowing child abuse, domestic battery and malicious destruction of property.

According to the warrant, Gazlay met a real estate developer in spring 2020 at a Las Vegas real estate rehab project. That developer then agreed to let Gazlay rent a condominium from him at The Martin high-rise tower in Las Vegas for $2,300 a month. Around the same time, the developer sold a Las Vegas property for $1.8 million to a Houston-based esports company.

Gazlay, police said, befriended the developer and was able to take a photo of a $1.3 million escrow check resulting from the sale of the home. Gazlay also obtained a photo of the man from his passport, police said.

Soon, police said, it became clear to the developer that Gazlay was not going to pay the rent for the condominium.

The developer said he then met Gazlay for a lunch meeting where a man identified as “TJ” brandished a firearm in his presence. The developer was told to stop asking about the rent, police said, and the developer “felt like his life was being threatened … and that he no longer was going to ask for the $13,800 in back rent.”

Police said the developer’s fears for his safety were justified. The warrant contends that “TJ” was known to Gazlay from his time in prison, when Gazlay “became an Aryan Warrior white supremacist prison gang member.”

According to the warrant, which blacks out TJ’s full name, he is in custody at the Clark County Detention Center on suspicion of murder. He also is identified in the document by the first name “Thomas.”

In September, the developer reported to police that he was getting threats from Gazlay and left town.

Around the same time, police said, Gazlay carried out a comprehensive scheme to take ownership of both the $1.8 million property and the Houston company that bought it. This, in turn, would allow Gazlay to obtain a fraudulent home equity loan against the property.

Gazlay, police said, hired a local attorney to help create operating agreements in the name of the Houston company, then obtained the loan against the home from a hard-money lender out of Yuma, Arizona.

“The fraudulently obtained loan funded for $707,375.75 on August 27th, 2020 was transferred to an account of Steven Gazlay’s in the name of one of his LLCs, Profyt Addyct,” the warrant states. “Steven Gazlay forged and uttered multiple documents to obtain a fraudulent cash out equity loan.”

The warrant alleges that Gazlay had a family member notarize and backdate documents to falsely authenticate them. The warrant also alleges that Gazlay used an attorney, whose name is partially blacked out, to backdate what proved to be fraudulent company ownership documents. Gazlay also had a friend in the title industry carry out research for him.

Around this time, the real owner of the Las Vegas property that the loan was obtained against received an eviction notice from Gazlay. The owner then learned of the fraudulent loan against the property and told police that a couple showed up at the property in August claiming to be the owners. That couple wouldn’t leave until the real owner threatened to call police.

“This couple is believed to be Steven Gazlay and Dana Bevers,” police wrote in the warrant.

Bank accounts and a gambling spree

Police said Gazlay added his girlfriend, Bevers, as an authorized signer to his business accounts around the time the fraudulent loan was secured.

Police said Gazlay and Bevers were subsequently recorded on video making business transactions on the same day that the fraudulent loan money was deposited into the business accounts. Other transactions involving the pair, and recorded on bank surveillance, are also detailed in the warrant.

The warrant indicates that Gazlay used a chunk of the money to fund a gambling spree.

“Steven Gazlay loses more money than he earns from gambling and ended the year at a 19k fiscal loss,” police said. “Steven Gazlay has been banned from Station Casinos due to his excessive losses and fraudulent attempts at obtaining lines of credit with varying false information.”

“These monies used were obtained through the fraudulent loan as seen through his gambling patterns,” police said.

Police have recovered more than $500,000 of the money from the loan. Gazlay and Bevers were booked at the Clark County Detention Center on Jan. 7 on charges of theft, conspiracy to commit theft and mortgage lending fraud. Gazlay also faces charges of coercion, forgery and obtaining another person’s identity.