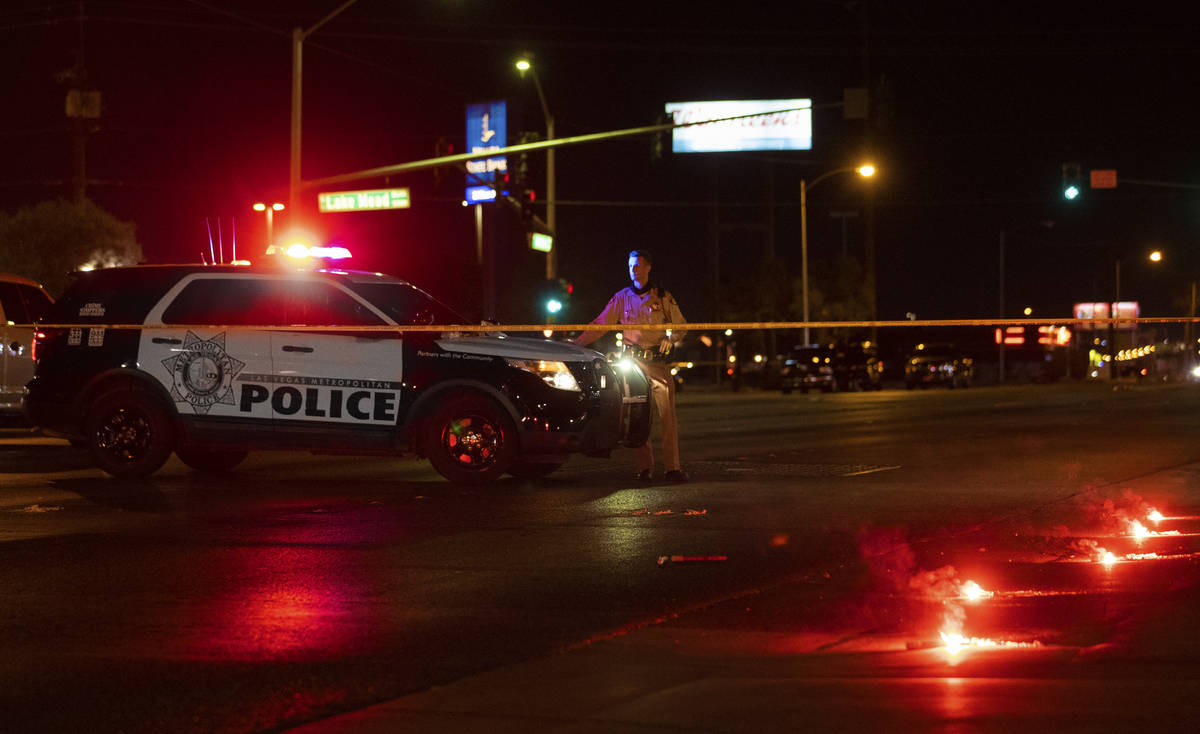 Fatal hit-and-run crashes are up 450 percent this year compared with 2020, according to Las Vegas police.

Metro traffic logs show that in all of 2020 the department investigated nine fatal hit-and-runs.

“Even if you’re at fault, all you’re doing is adding an additional felony charge to the problems and issues you may already be facing if you leave,” Ficklin said.

Metro declined to provide updated totals on arrests for 2020 and 2021. By this time last year both hit-and-run cases had resulted in arrests, according to data publicly available from the department.

Ficklin said detectives have been successful in finding witnesses and using traffic cameras to track the direction of drivers who leave the scene.

“The issue to that is it’s not like you have somebody who’s a habitual burglar or habitual robbery suspect,” Ficklin said. “Usually in criminal acts people have an M.O. that often helps track them down and help to find them. Obviously people aren’t looking to go out and be involved in wrecks and I’d hope go out and hope to run somebody over.”

In many cases, Ficklin said, the drivers they have been able to catch leaving the scene have been impaired. He recalled the case of Alton Murray, who was followed by a witness to his apartment complex Nov. 16 after he ran a red light and crashed into another vehicle, according to a police report from Metro.

Murray was found with 11 grams of marijuana on him and had two previous arrests for allegedly driving under the influence in July and August. His license had been revoked, police said at the time.

Murray, 30, died 10 days after slipping out of handcuffs Nov. 26 and running across Desert Inn Road, where he was struck by a car.

On Wednesday, a woman crossing a street in northeast Las Vegas was fatally struck by a dark gray GMC truck with a trailer attached, police said.

Ficklin said that if residents can collect video or a license plate from the scene of a crash they are encouraged to provide it to police.

“We need to be looking out for fellow beings, and we are not when we hurt another and run from that,” Ficklin said.