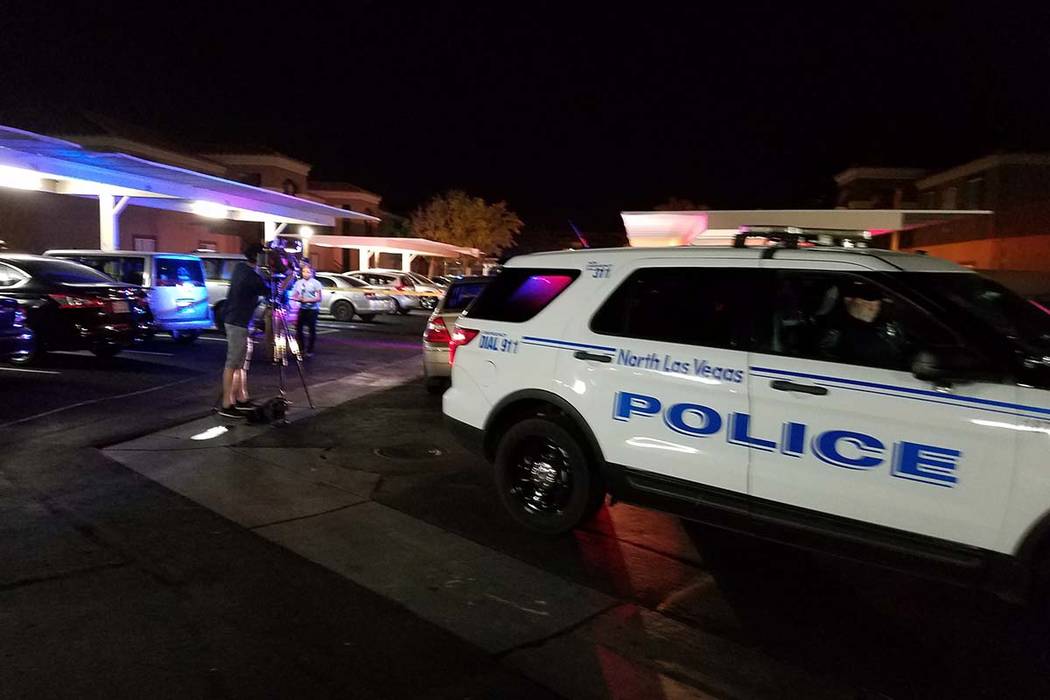 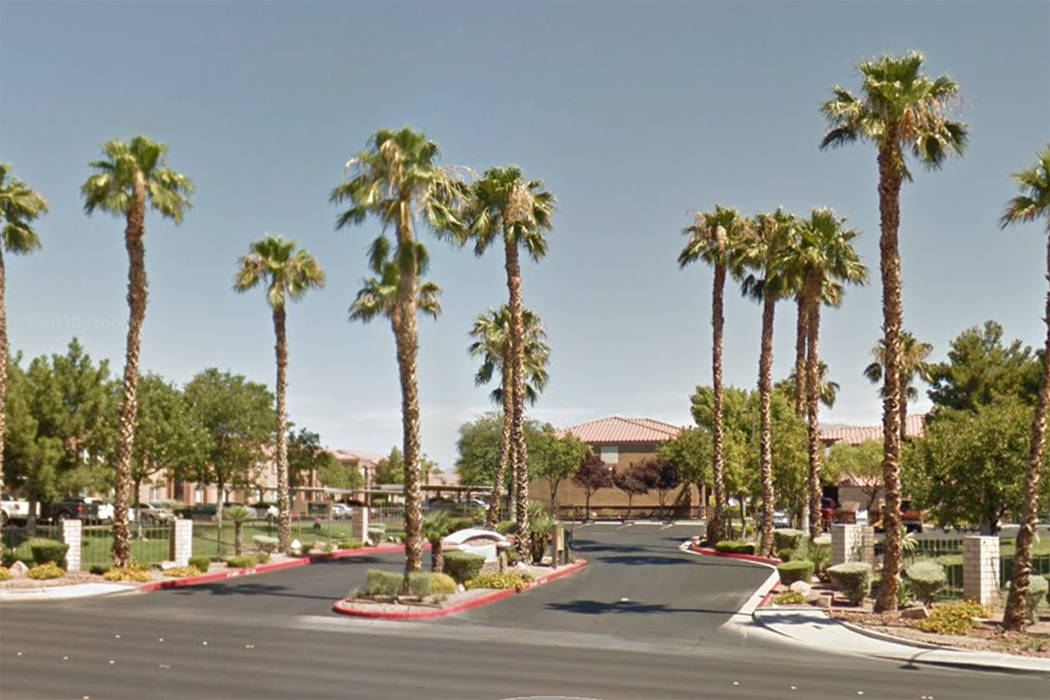 The entrance to an apartment complex at 1200 W. Cheyenne Avenue is shown in this screenshot. (Google) 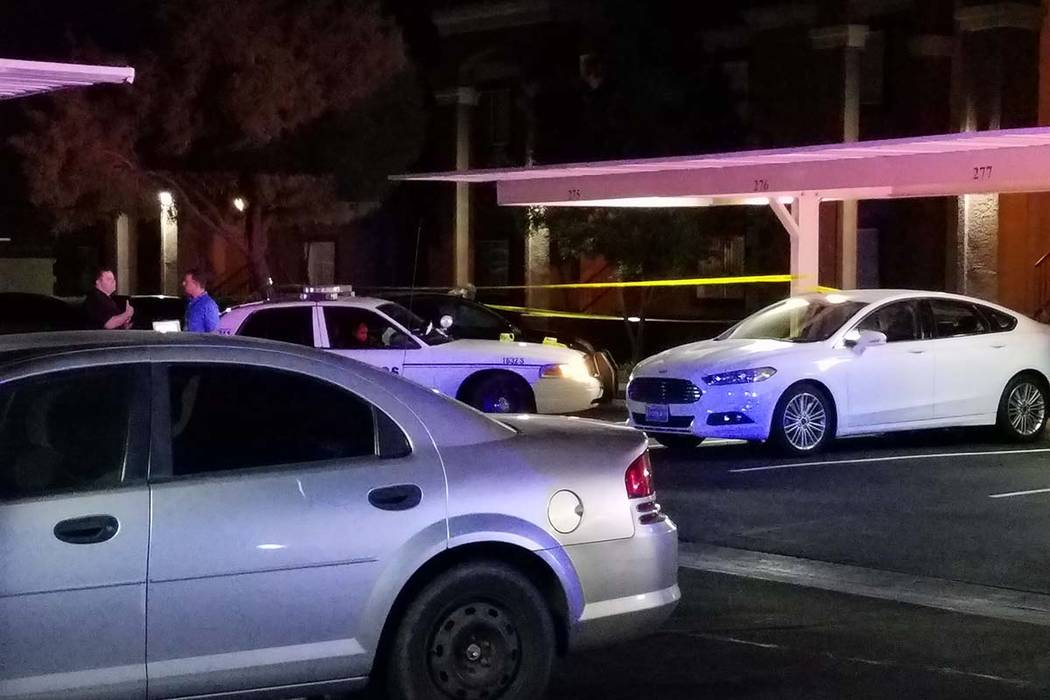 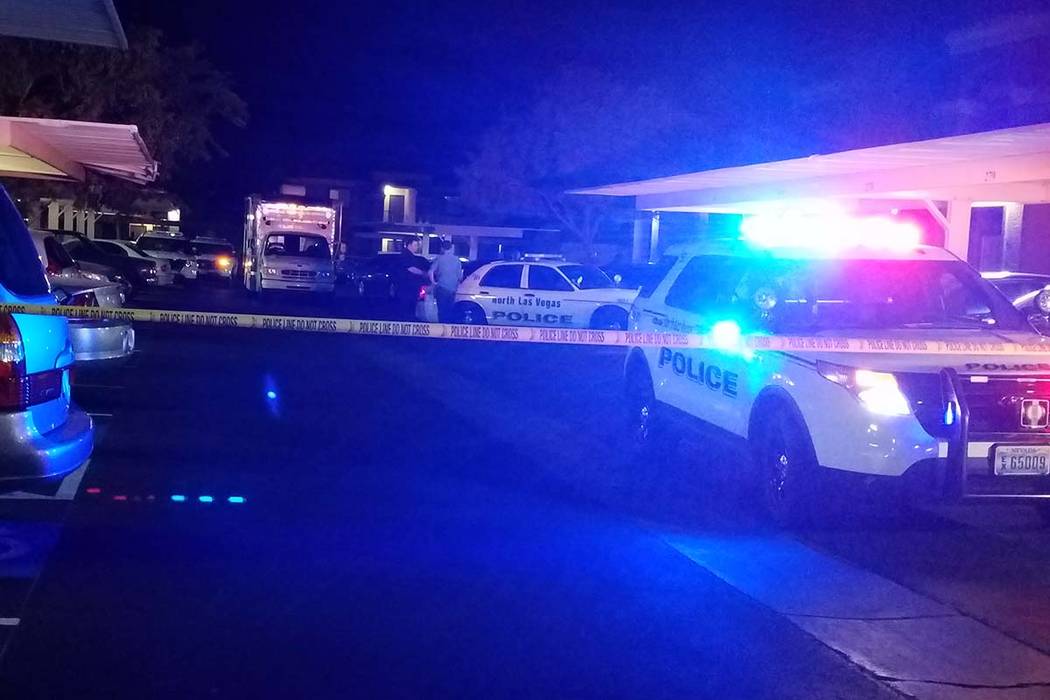 One person was killed and another was injured in a shooting in North Las Vegas on Tuesday.

One man was found dead inside an apartment at Loma Vista Apartments, Cavaricci said.

“We have someone who’s going to be missing a loved one,” she said.

A 19-year-old man who had been shot walked into Valley Hospital Medical Center shortly after police arrived at the complex. He was being treated there for a gunshot to an extremity. Cavaricci said both victims were shot at the complex, although the two’s relationship wasn’t clear.

As of Tuesday night, it was unclear what happened in the moments leading up to the shooting or how many shots were fired. Cavaricci said no suspects were in custody.

She asked anybody with information to contact North Las Vegas Police Department.

The Clark County coroner’s office will identify the deceased once family has been notified.

This is the 66th homicide investigated in Clark County and the ninth investigated by North Las Vegas police in 2017.