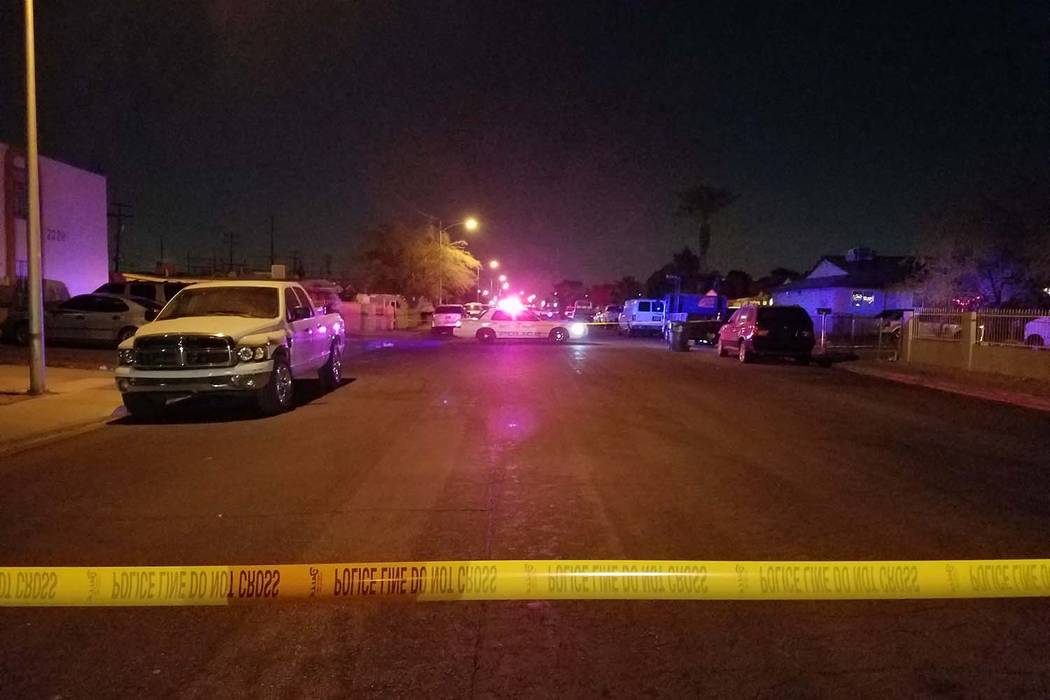 North Las Vegas police investigate a homicide at a residence on the 2200 block of Carroll Street on Thursday, Dec. 28, 2017. (Mike Shoro/Las Vegas Review-Journal)

Police spokesman Aaron Patty said the three adults were shot inside a residence on the 2200 block of Carroll Street, near Civic Center Drive and Lake Mead Boulevard.

Neighbors heard gunshots around 4 p.m. and contacted police. Officers responded to find two men and a woman who had been fatally shot, Patty said. Officers did not find anyone else inside the apartment.

Police are trying to determine how the three people knew each other, Patty said, and it appears that two may be related.

“We are really early in the investigation right now so things are very fluid, and developing as I speak,” Patty told reporters at the scene.

Police have little information to go on yet about the shooting’s circumstances, including whether there’s a shooter at large, he said.

“At face value, this is an obvious homicide that is cause for concern,” Patty said, adding that it’s unknown if the shooting was a random act of violence or if it was motivated by something else.

Streets in the area near the shooting are blocked, and police have asked drivers to avoid the area.

Police have investigated 13 homicides within Clark County in the past seven days. The other 10 homicides were within the Metropolitan Police Department’s jurisdiction.