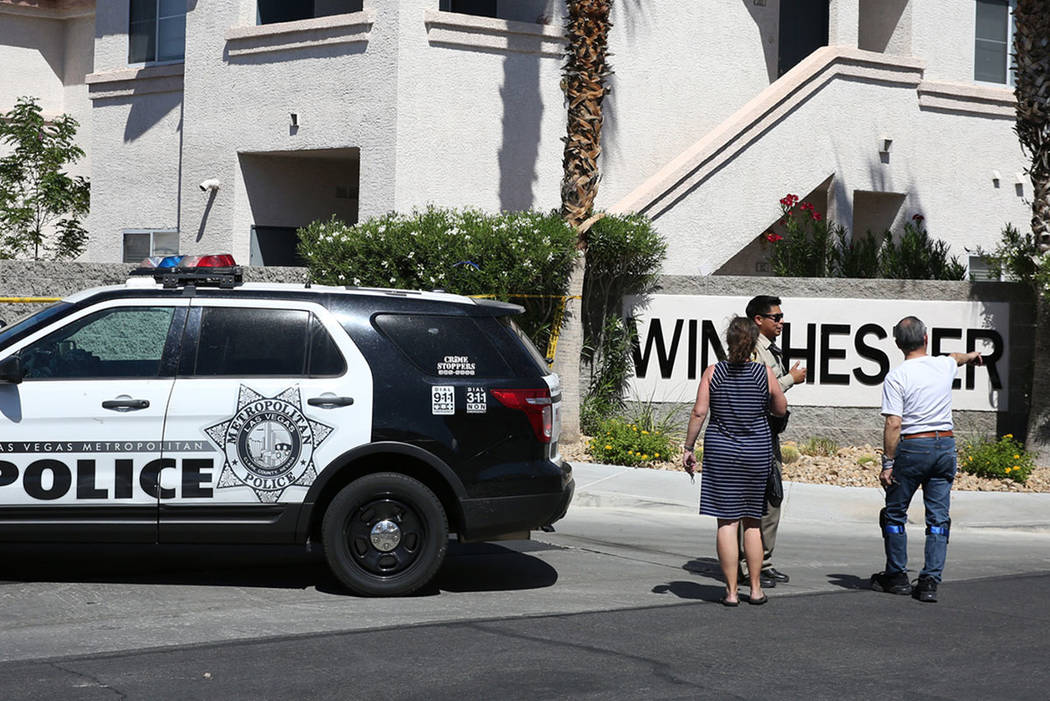 The Clark County coroner’s office has identified the three people found dead Monday after an apparent double homicide-suicide in the northwest valley.

Las Vegas police suspect that a man fatally shot a woman and another man before turning a gun on himself in an apartment complex on the 2100 block of Echo Bay, near North Buffalo Drive and West Lake Mead Boulevard.

A person walking through the complex found a man lying near the doorway of an apartment and called 911, police said. When officers arrived, they discovered two more bodies in the apartment — the woman on the floor near a bedroom and the man on a living room couch, who had a rifle in his lap and a self-inflicted gunshot wound to the head.

Metropolitan Police Department homicide Lt. Ray Spencer has said he is “confident that the person who committed the crime is the person sitting on the sofa.” The coroner’s office on Wednesday identified the man found in the living room as 51-year-old Matthew Terracin, whose death was ruled a suicide by a gunshot wound to the head.

The county coroner identified the other two as Monique Lane, 50, of Las Vegas, and James Wilson, 53, of Pahrump. Wilson was the man found dead on the walkway outside of the unit, the coroner’s office confirmed.

Wilson’s death was ruled a homicide by multiple gunshot wounds. Lane’s cause and manner were still pending Wednesday.

A motive wasn’t clear early in the investigation, and Spencer said that there were no apparent signs of a struggle. 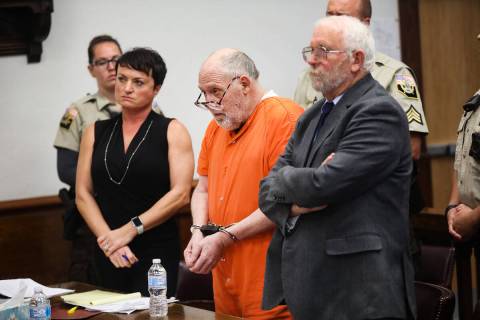