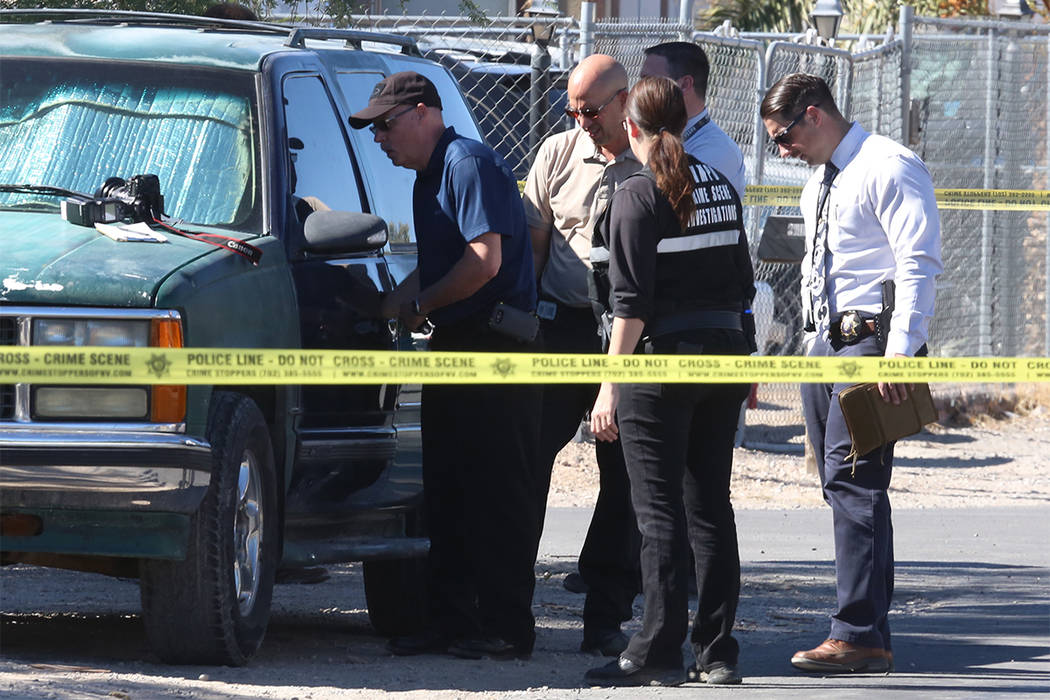 The Las Vegas man found dead in a vacant home in the northeastern valley has been identified by the Clark County coroner.

Police said 35-year-old Danny Contreras was found dead at 7:05 a.m. Monday. A woman who thought she heard a man groaning had called 911 requesting a welfare check on the 5800 block of East Carey Avenue, near North Nellis Boulevard.

Contreras died of multiple gunshot wounds, and the coroner ruled his death a homicide.

Based on Contreras’ tattoos, Metropolitan Police Department homicide Lt. Dan McGrath said it is possible he had gang ties. But McGrath said the initial investigation showed that the killing likely was related to narcotics rather than gang activity.

Residents on the street described the northeast Las Vegas home as a “problem place with possible drug activity in and out of the home,” McGrath said.

There were no witnesses to the shooting. Neighbors said they did not hear any gunshots, but told detectives that they had heard arguing and a dog barking.

The death was the 207th homicide in the county this year, and the 184th investigated by Metro. Those numbers include the 58 shooting deaths during the Oct. 1 attack on the Strip.

The crash occurred around 5:45 p.m. near North Nellis Boulevard and East Owens Avenue.