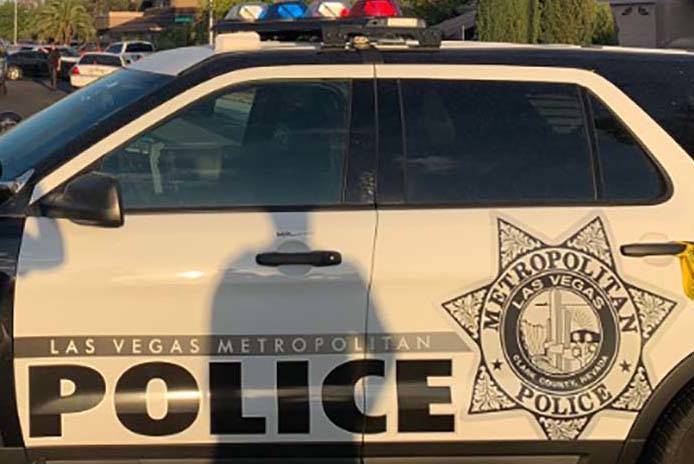 David Baxter’s friend called police on Jan. 31 to report the 37-year-old’s suicide attempt, but about an hour later, Baxter was pronounced dead after a police restraint.

Jones said it appeared that Baxter died of a drug overdose after he was taken into custody. Baxter was handcuffed and put on a gurney after police were called to a home on the 7400 block of Hawk Shadow Avenue, near Rainbow Boulevard and Russell Road.

Baxter stopped breathing on the gurney, and he was pronounced dead at Spring Valley Hospital Medical Center at 1:29 p.m., almost exactly an hour after police were called to the home, Jones said Feb. 3.

Baxter’s cause of death was methamphetamine intoxication, with significant conditions being a police restraint, severe coronary artery disease and cardiomegaly, meaning an enlarged heart, the coroner’s office said.

During a short phone conversation on Tuesday, Clark County Coroner John Fudenberg confirmed that although Baxter did die of methamphetamine intoxication, the homicide ruling was made because of the restraint.

A homicide ruling from the coroner’s office means that another person killed someone, not that a criminal act happened.

In an emailed statement on Tuesday, Metro said that Baxter’s death is still under investigation.

“Subsequent to the 72-hour briefing, the coroner has ruled that police restraint was a contributing factor in Mr. Baxter’s death,” Metro said in the statement. “The investigation will be conducted in accordance with Department procedure governing the use of force that results in death or serious bodily injury.”

During the briefing on Feb. 3, Jones said that Baxter’s friend had called 911 and told police that Baxter had taken a large amount of narcotics, “presumably methamphetamine,” in a suicide attempt.

Jones said that after officers arrived at the home, they attempted to talk Baxter into leaving the home. He said that Baxter showed signs of “excited delirium,” which include excessive body temperature, uncontrolled shaking, incoherency, shedding of clothing, and “violence or struggling.”

“Mr. Baxter did not communicate with officers when they first arrived and was acting very erratically as medical personnel and additional officers arrived,” Jones said, later adding that “you’ll see in the (body-worm camera footage) video that Mr. Baxter began to remove his shirt and laid down on the ground.”

The footage also showed Baxter shaking. Jones said that officers put Baxter in handcuffs so that medical personnel could treat him.

Several officers then placed Baxter on a gurney, at which point the medical first responders asked for the handcuffs to be removed. Three officers then leaned Baxter forward to remove the handcuffs, and when he was laid back down onto the gurney “medical personnel began to observe that he was not breathing and they immediately began CPR,” Jones said.

In a statement sent Feb. 3, Metro said the department’s force investigation team was investigating the officers’ use of force, and the team’s finding will be forwarded to the Clark County district attorney’s office for review.

It was not clear Tuesday if the force investigation team had sent its findings to the district attorney’s office. Metro also said the department’s critical incident review team was examining Baxter’s death and will “focus on policy, tactics and training as it relates to this use of force.”