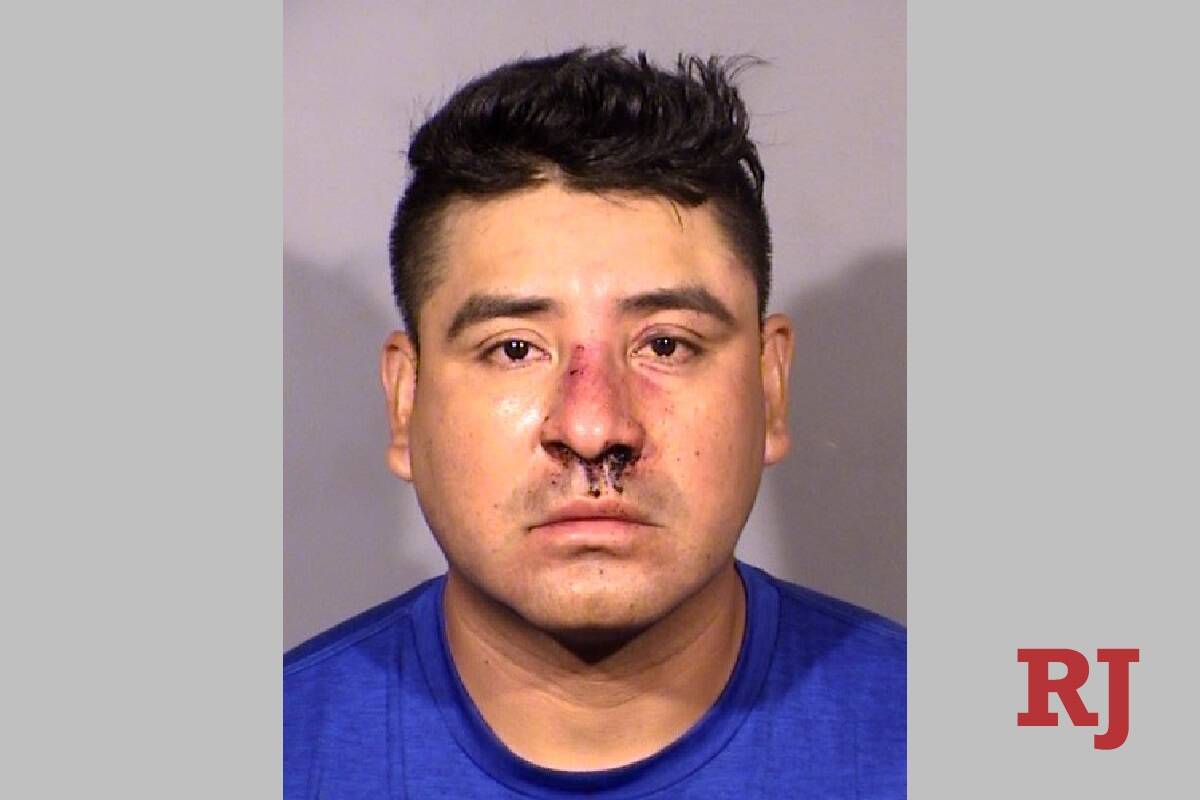 Ricardo Ramos, 41, was standing outside El Rincon de Los Remedios, 923 N. Pecos Road, early Thursday, police said. A person approached Ramos, punched him in the face and took something from his pockets, the report said. At least two people were seen kicking Ramos, and another was acting as a lookout and filming the attack, police said.

Later Thursday, Ramos drove to the Metropolitan Police Department’s Northeast Area Command to turn himself in.

The two men who had initially attacked Ramos were booked on robbery and battery charges, according to the report.

Ramos is being held without bail on a murder charge at the Clark County Detention Center, jail records show. He has a preliminary hearing set for Oct. 20.