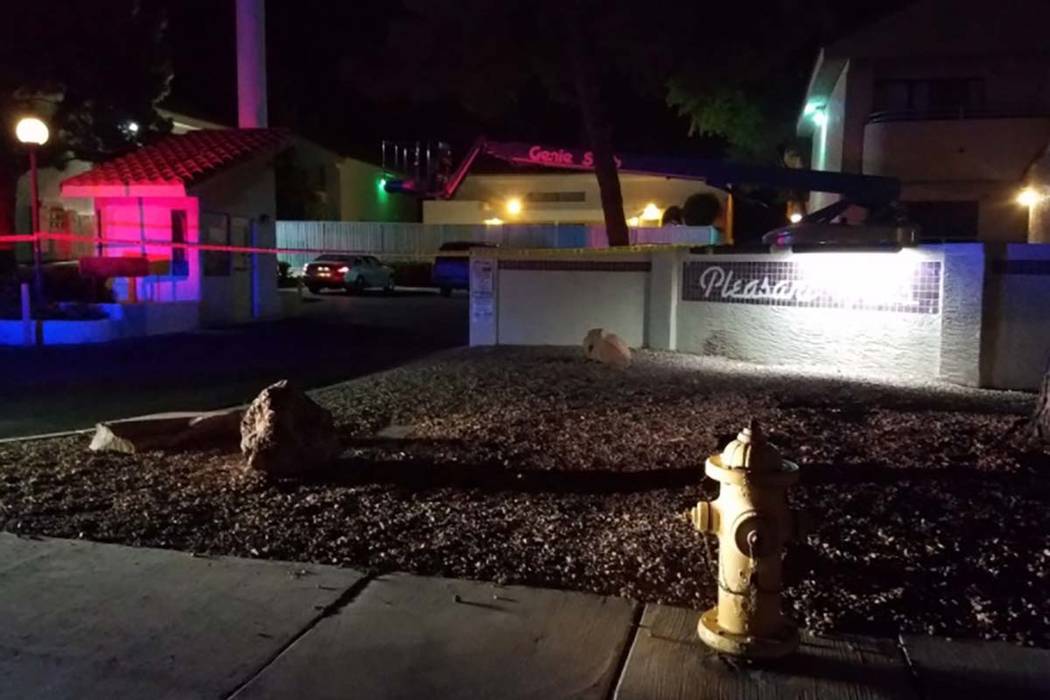 One man died in a stabbing Tuesday morning in the east Las Vegas Valley, police said.

He died after a fight about 1:30 a.m. inside an apartment at a complex, 960 N. Sloan Lane, near East Bonanza Road, the Metropolitan Police Department said.

Three men lived inside the apartment, Lt. Dan McGrath said, and two of them fought. One of the men — McGrath said he was about 50 years old — died as a result of the fight. The second was hospitalized, and is expected to live. He is in his 30s.

“The initial indicators are it looks like the aggressor is the one who’s dead,” McGrath said.

McGrath, with Metro’s homicide unit, said the man who was about 50 had a knife. The knife-wielding roommate attacked the man in his 30s. McGrath said the two “wrestled around” and the younger roommate was cut above the eye during the fight.

The younger roommate then grabbed away the knife and stabbed the older roommate, who died at the scene.

The third roommate saw the fight, ran into a bedroom, locked the door and called 911.

There were signs of a struggle inside the apartment, McGrath said, including blood on some drapes and damaged blinds.

McGrath said the surviving roommates are telling police the man was killed in an act of self-defense. The roommate in his 30s said he stabbed the deceased a couple of times, but police were waiting to see for themselves.

“On the face value, it looks like self-defense, at this point,” McGrath said.

The man who died recently moved into the apartment. McGrath wasn’t sure what prompted the fight.

The Clark County coroner’s office will identify the deceased once next of kin is notified.